Starting a Family of Their Own 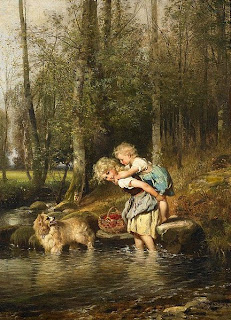 Despite this most recent bump in the genealogical road back to First Families of Ohio status, I need to keep working on documentation. I’ve found that, where one document fails to correctly identify the matter it was tasked with reporting, others will surface if the event did, indeed, occur.

In the meantime, on to documenting the next generation!

For the line of Simon and Nancy Ann Snider, that means advancing to one specific daughter in the next generation: Emily Catherine Snider. She it was who, yesterday, caused me some distress upon the discovery that her marriage record was—mostly—incomplete. (While I know that, as in The Princess Bride where one cannot be “mostly dead”—or, come to think of it, even “mostly” pregnant—one cannot be “mostly” married, I’m going to proceed as if the enigmatic “vouched for” addendum indicates that Adam Gordon and Emily Catherine Snider were more than just “mostly” married.)

Following the wedding date of—ahem—some time around May 24,1864, Adam and Emily Gordon proceeded to raise a family of their own. It is fairly easy to locate the birth records for most of their children, especially after passing that magic documentation date of 1867 in the state of Ohio. Indeed, the five births occurring 1870 and afterward are listed in the Index to Births—Perry County, Ohio, as can be seen online here, by scrolling through the alphabetical entries until page twelve of the “G” section.

There are several entries for other births following these 1870 records. After all, according to Emily’s own report on the 1910 census, she was the mother of at least eight—possibly nine, though the handwriting is hard to decipher. Yet, of that total, only four made it to adulthood. The Index to Births bears that out, with three of the five entries there for unnamed baby girls. The entries in that Index registered by given name were for those children who, along with the youngest two listed in the 1870 census, were the survivors of the family.

So, added to Simon and Bertha were another daughter and another son. As to determining what their names were, exactly, introduces another minor glitch. For the daughter, while I have some entries showing her name as Mary Jennie—or even Jennie M.—there are other records showing her name spelled out as Mary Jeneveve. As for the son, the Index to Births types his name out as Mack—while the 1880 census records the infant as Mark. Who’s to say, though? The 1900 census records him as Mark, while the 1910 census seems to revert to Mack—or is it Mark?…the handwriting is so hard to read.

Because these records are on the far side of the century which eventually instituted the keeping of governmental records, it is not much of a chore to follow the data and see who ultimately marries whom. The Gordons’ oldest child, Simon Gilbert, claims the hand of one Sarah Catherine Shreider in a wedding ceremony celebrated on Christmas day, 1898. His younger sister, Mary Jennie, becomes the bride of Phillip Noll in 1904. The youngest son, Mack Henry—or, perhaps, Mark—claims for his own one Catherine Rose McCabe Ratliff, a widow, marrying nearly sixteen years after his next-oldest sister.

And then there is Bertha. You realize, of course, that I saved Bertha for last for a particular reason. She is the one representing the next step in our pursuit of the lineage from the First Families of Ohio pioneer, Nicholas Schneider. Still in Perry County, Ohio, Bertha joins Joseph Raymond Metzger on the start of their own partnership with a wedding date of April 17,1888, becoming the first of her siblings to marry.

And thus we begin a new chapter in the pursuit of the descent of our First Families of Ohio candidate.


Above right: Anton Dieffenbach, "Rest in the Forest," oil on canvas; courtesy Wikipedia; in the public domain in the EU, Australia, United States and other countries with a copyright term of life of the artist plus seventy years.