Taking a Tour of the Family Constellation 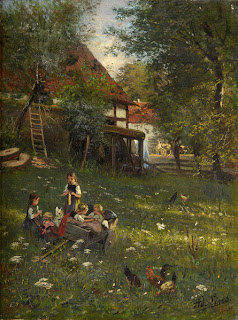 So, how to piece together the family constellation to assure our family’s link to this early Ohio settler?

There are resources. Some of them are anecdotal, like a few vague references to the family in biographical sketches (such as the one accessed by scrolling to the bottom of the page here). Some are incomplete—for instance, the 1850 census record, in which both Nicholas and his wife are still living on their Hopewell Township property, but at which point, they are too aged to have all their children still living with them.

Because most of Nicholas and Elizabeth’s children died before the state of Ohio required county Probate Courts to maintain records of deaths, there is little opportunity even to reconstruct the names of their children through such indirect means. Even at that, the early county records of deaths didn’t provide the wide range of data that appeared in later documents.

Marriage records, too, wouldn’t provide much information during that time period. And, of course, before 1850, census records revealed only the head count by age brackets, not the names of each household member.

Most of Nicholas and Elizabeth’s children were born during their previous residence in Pennsylvania. Those records were among those of the historic Conewago Chapel in Adams County, Pennsylvania, one of the earlier outposts of what eventually became a Jesuit mission circuit. Thankfully, some of those baptismal records can still be obtained via transcribed database at FamilySearch.org.

The Nicholas Schneider family likely continued westward on a trail by then long used by Catholics. Tending to gather with people of like-minded faith, especially in the context of a fledgling country still carrying over old-world hostilities between Protestants and Catholics, German Catholics like Nicholas may well have been drawn to the new frontier location in Ohio simply because of the early Catholic church already established in Somerset.

When Nicholas and Elizabeth arrived in Perry County, and completed the transaction that granted them farm land in Hopewell Township, they brought with them seven children—six of whom were born in the United States. The eldest, Jacob, was born in Germany, along with two others who died during emigration. Catherine, Joseph, Lewis, and Maria Augusta (later referred to simply as Mary) were most likely born in Adams County, Pennsylvania, and were baptized at the Conewago Chapel. Simon and Peter were born after the decision was made to leave Adams County, but before the family arrived in Perry County, Ohio. Family tradition has it that these two sons were born in Maryland. Adding to all those, Conrad, the final son, as we’ve seen from the old Saint Joseph Church baptismal record transcriptions, was baptized near Somerset, Ohio—and was listed there as a twin.

Now that we have the list of players, we’ll take some time tomorrow to explore what became of them as they came of age in their new home in the frontier state of Ohio.

Above left: Adolf Lins, "Spielende Kinder in der Schwalm," (Children Playing), oil on canvas; courtesy Wikipedia; in the public domain in the United States, EU, Australia, and countries with a copyright term of life of the artist plus seventy years.
© Copyright 2011 – 2022 by Jacqi Stevens at 2:47:00 AM
Email ThisBlogThis!Share to TwitterShare to FacebookShare to Pinterest
Labels: Church History, Documentation, Lineage Societies, On the Move, Online Resources, Perry County OH, Snider