Ever get in a real hurry while trying to hand copy information? Especially during research trips when I have limited time, I’ve found it best to make a few general—er, make that cryptic—notes and then photocopy the material I wish to reference. In the end, it always works out better for me.

Unless, of course, I go and lose the photocopy.

In my case—and I’m talking about last summer’s chance visit to the Fort Wayne Allen County Public Library—I had found so many valuable snippets of information scattered throughout nearly a dozen books. One of the largest finds was an accidental discovery regarding an offshoot of my husband’s Snider line: the family of Nancy Ann Jackson, the woman who eventually became wife of Simon Snider of Perry County, Ohio.

Once I settled in to actually read the article on Nancy Jackson Snider, I found so much new—well, at least new-to-me—data that I grabbed pen and paper and began scribbling it all down. About midway between the first and second page of the article, I realized I was making so many notes that it would really do me a better service to photocopy the passage.

Of course, the rest of the story was that I somehow lost the photocopy. I’m now left, back at square one, with my own miserable chicken scratch. Which is pretty sorry.

The article itself seemed rather disjointed. Perhaps I should just chalk that up to my tendency to get in a rush when I’m short on time. After all, this was a huge library collection. I only get to pass this way once in a long while. And I had only that evening and the next morning to conquer it all.

In the midst of that rush, my speed-reading skills failed miserably. I started a quick outline of the main points of the article. Pretty soon, I lost track of whether the article was referring to father or sons. This got tricky when names were passed from one generation to the next, and then augmented with dates of death. Deaths of wives seemed mashed into the text in such a way that it was unclear who was married twice, and who had children from previous marriages.

My dream trip had turned into a nightmare.

You’d think I was talking about transcribing old German script, the way I’m carrying on. It’s not that bad. I did figure out a few things about Nancy Ann Jackson. She was the daughter of John Jackson and Sarah Howard Ijams. Nancy's father—and possibly the rest of the family—arrived in Bearfield Township of Perry County by late August, 1818.

But was I reading too fast? I have notes stating that Nancy's parents, John and Sarah, were married in Missouri, not Ohio—which wouldn’t make sense, since the Ijams family evidently was another candidate for First Families of Ohio. Why, in the early part of the 1800s, would Nancy’s mother journey from her pioneer home in Ohio to marry someone in Missouri, if he were planning to return to Ohio? Isn’t the wedding usually held near the home of the bride?

My notes include dates of death that don’t seem to match other records I’m finding online. And lists of siblings—for whom? Nancy Jackson? Or her mother, Sarah Howard Ijams? Those names all seem the same, as I’m discovering from other online records.

Sandwiched in amidst all the chicken scratch was a helpful note: the name of the book from which the material was extracted. Even though distracted by the limits to my time, I must have retained enough researching sanity to record my resource—or perhaps that was before I decided to scrap the note-taking method and make life easier for myself with photocopies.

And yet, that note itself seems doomed to not provide any assistance. The book, Pioneers of Perry County Ohio by 1830, which was published in 2003 by the Perry County Chapter of the Ohio Genealogical Society, is mysteriously not on the chapter’s list of resources for sale. From 2003? Really? Then I guess listing the page numbers in my notes won’t entitle me to any self-congratulatory victory, if I can’t acquire a copy of the publication.

At this point, I am seriously considering belief in conspiracy theories… 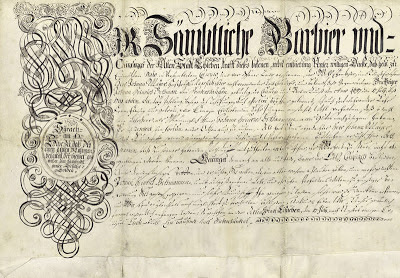