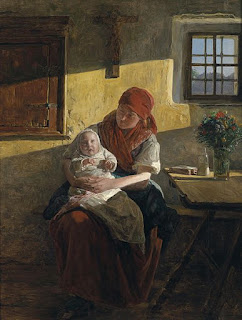 Finding evidence of the Flowers family’s settlement in what was, prior to 1821, the wild frontier of Perry County, Ohio, is challenging—but it can be done. I mentioned, yesterday, the resources pieced together, thanks to the efforts of several dedicated researchers over the past decades. Those resources were thankfully posted online so many more could benefit. Just as those records were found, there are others tucked away, here and there on the Internet, which will also come into play in this search for First Families of Ohio evidence.

One heartening discovery brings me tantalizingly closer to that First Families documentation goal—close, I say, because it’s not quite early enough to help.

Poetic as it may seem, it is not to be (my apologies for the spoiler). But, as I said, it brings me closer to the head of the trail.

Still, I am so thankful for the mission of the group that calls itself the Catholic Record Society of the Diocese of Columbus. Since 1974, this Ohio group has been diligently compiling, preserving and publishing “any materials pertaining to events, persons, organizations, and places in Ohio historically associated with the Diocese of Columbus.” They see their calling as “to make known the works of the Church by bringing into better light the heroism of the missionaries, nuns, and the lay people who laid the foundation of today's Diocese.”

How can a statement like this one not resonate with anyone passionate about uncovering the stories concerning their early family history in the early years of Ohio statehood:

The accomplishments of these early pioneers, despite tremendous hardships, is an inspiring and encouraging story….

Comments such as these remind me that, while I’m pursuing an arbitrarily early date written on a lineage society’s website, the concept of what life was actually like in 1820 for these ancestors I’m recording is something to contemplate.

The inspiration behind the forming of the Catholic Record Society was their Monsignor Herman E. Mattingly. If you took a look through the burial records I mentioned yesterday, you’ve become yet another recipient of this benefactor who gave through his efforts to collect and preserve now-historic records and to organize diocese archives.

Looking specifically at those early baptismal records I mentioned above, it doesn’t take long for me to discover several mentions of Joseph Flowers and Elizabeth Ambrose. The couple was listed as sponsors for Peter, the son of Levi and Ann Lilly Burgoon. The entry was made at the beginning of the year of 1823, though no notation was made for the day or month of the baptism.

Again in 1824, Joseph and Elizabeth were named as sponsors, this time for Mary Ann, the six month old daughter of John and Prudentia Armstrong.

The year 1832 brought other mentions, with Joseph and Elizabeth standing as sponsors for the September ninth baptism of “William Thomas,” who may well have been their own grandson—if preliminary indications I have for William’s father John as son of Joseph and Elizabeth prove to be correct. If that is indeed the case, William’s mother, listed in this record as “Anna Edington” is one and the same with the Ann Essington listed in other documents.

That same year uncovers some other missing pieces for me in the Flowers genealogy, as Joseph and Elizabeth are represented as sponsors for another baptism—this one on May 8—for Elizabeth, daughter of Francis Clark and “Rabeca” Flowers. Remember how I’ve mentioned that everyone in Perry County is related? That mantra certainly plays out in my database, where I do have a Rebecca Flowers listed—without any parents or origin other than the fact that she was born in Ohio in 1813. The reason I have her listed? Simple: our Perry County families are also related to the Clarks. Though I’ve yet to figure out the connection, the name Rebecca does repeat itself in some branches of the Flowers genealogy; perhaps Joseph Flowers was an uncle.

But the two most tantalizing dates in this whole listing are posted—currently, at least—under the heading, “1819.” Both of the children being baptized are named George. One is listed as the son of “Henry and Susannah” and was baptized on June 20; “Henry” would refer to Joseph’s brother John Henry, and Susannah was Elizabeth’s sister—the couple I had mentioned yesterday. The other baptism occurred on May 31, and differentiated this baby George with the middle initial, “A.” This George A. Flowers was noted to be “of Joseph and Catherine.”

There are two problems with this listing—you will see here why I call this entry “tantalizing.” It is so close, yet so far away. First, if you’ve been following all the details about our Flowers family, our Joseph was married to Elizabeth, not Catherine. Whether this was an error on the part of the priest recording—or perhaps even transcribing—the record, or whether there was another Joseph residing in this remote area in those pioneer years, I can’t yet tell. Even if this issue were to be satisfactorily resolved, though, another problem crops up when you realize the footnote that’s been added to both this entry and the one for the other baby George:

These two entries are on a different page and could be as late as 1824.

Nah. If you know me, I’ll keep looking. Joseph and Elizabeth Flowers were obviously in the neighborhood long enough to make me consider the likelihood that their arrival could have been early enough to satisfy the First Families requirement. This is too close a possibility to just quit now.