Never Been This Way Before 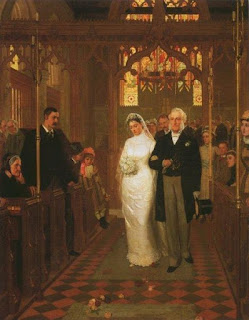 The scary thing about finishing a series—at least for this genealogy blogger—is encountering that great gap of The Unknown into which the writer tumbles.

I’ve just finished tracing a viable route from my husband’s Ohio family back to an ancestor qualifying for First Families of Ohio status by virtue of arrival in the state before 1821. Nicholas Schneider—soon to be recorded as “Snider”—proved to be our man, and I am drawing up the paperwork so I can get our completed packet in the mail well before the deadline.

In the midst of that paperwork journey, I uncovered an interesting side note: Nicholas’ daughter-in-law—the one whose marriage record left me in doubt over her actual maiden name—may very well have also qualified as First Families of Ohio material.

That isn’t all. Miss Nancy Ann Jackson-or-is-it-Johnson may also lead to D. A. R. membership for any of the women in my husband’s family who cares to pursue the application.

Of course, this isn’t something I can rustle up at a moment’s notice. Just that little slip of the pen while the clerk filled out the Sniders’ marriage license back in 1841 will cause me extra documentation steps.

Even after sorting out that paperwork error, this pursuit will take me some research time. The problem is: once a genealogy aficionado commits to blogging about her research discoveries, there is an instant switch in the status of all available time: presto, change-o, suddenly all spare time is consumed with writing about what has already been discovered, leaving precious little time to pursue further research.

So, once again, dear guinea pig reader, I beg your patience as I take you on my next research journey: the quest to connect Simon Snider’s wife, (possibly) the former Nancy Ann Jackson, to a Revolutionary War Patriot. The quest, of course, will take some time, for I’ve never been this way before. Not being clairvoyant, I can’t foresee any pitfalls in this trailblazing journey. I can’t predict that I’ll even make my goal. I can only promise that, like a faithful guide, I’ll report what I see as I see it, and hope that we won’t miss any significant hints or warnings along the way.

In the meantime, let’s settle this niggling doubt about just what Nancy Ann’s maiden name was. We’ve already seen that the marriage record is of no help whatsoever. That document alone provides us a fifty-fifty chance of being wrong in our assumptions, which would never do.

There’s got to be some other way to verify her maiden name other than that erroneous 1841 record. Our quandary is that there are precious few other governmental documents kept at that time. There are church records, of course, but that introduces the tedium of having to rely not only on snail mail—anathema to most of us now spoiled with instant digital communication methods—but also on the good graces of the keepers of whatever archives are still extant in the local diocese.

However, if we are willing to bide our time until an era when governmental records stepped up to the plate and provided the kind of details we genealogy researchers prefer, we do have many ways to get around that 1841 clerical error that has me stymied. Let’s call those many ways “children.”

Nancy Ann and her husband, Simon Snider, were the proud parents of at least fourteen children. Of those children who lived past the date in which government agencies began collecting additional information on death records, we have several whose own death records report mother’s maiden name.

Now, you know how iffy death records can be—and can you blame bereaved family members for making reporting mistakes in the midst of such loss?—but I’d still like to say that these additional documents should be keepers for our paper trail.

Let’s take a look at what we can find, right now, online, as far as scanned and transcribed documents go.

Of Simon and Nancy’s children who died after, say 1905, I can immediately locate digitized records for two of them. Sarah Rebecca, who married John Overmyer, died in Ohio in 1935—a date sure to include all the information we’d be seeking. Her sister Emily Catherine Gordon—the one included in my husband’s direct line—passed much earlier, in 1915, but her Ohio record includes what we want, too.

Nicholas, one of the Snider children who emigrated from Ohio, was a bit more challenging to find. He moved to Iowa, but evidently died in Minnesota. Though the search for his record was more difficult—thanks to transcription issues listing him with the improbable spellings of “Nicholi,” “Nicholis” and “Nichols,” in addition to the alternate surname spelling of Snyder—the 1925 record still shows the mother’s maiden name we want, despite other obvious reporting errors. And his younger brother, Robert James Snider, dying in West Virginia in 1933, also provides a transcribed record.

Each of these four records shows the mother’s maiden name reported as Jackson. Not one mentions Johnson as the correct name.

Of course, there is the possibility that these are coincidentally the four out of fourteen that were in total error. I’ll grant that possibility. Yet there is simply not much more that can be done in recouping those records of the children who died prior to the more complete capture of personal information on civil records. And of those other children whose later death certificates I’ve yet to locate, I’ll do my due diligence to keep my eye open for any threatened Johnson surnames encroaching upon those governmental records.

Step one—confirming that we are talking about Nancy Ann Jackson and not Nancy Johnson—completed.

Now we can delve into the slow process of determining what happened in the generation that preceded Nancy—for we will encounter our next road hazard warning at this upcoming bend in the ancestral trail.

Above right: Edmund Leighton, "Til Death Do Us Part," oil on canvas, 1878; courtesy Wikipedia; in the public domain.
© Copyright 2011 – 2022 by Jacqi Stevens at 2:50:00 AM
Email ThisBlogThis!Share to TwitterShare to FacebookShare to Pinterest
Labels: Documentation, First Families, Lineage Societies, Perry County OH, Snider, Weddings