Funny Things Happen on the Way to Documentation 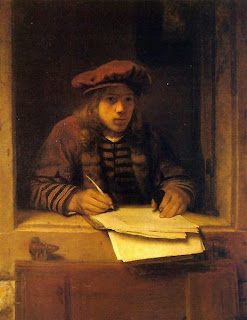 How many times have we as family historians been drilled in the necessity of documenting our sources? Okay, “blue in the face” isn’t a number, but that’s what I think genealogy webinar instructors would look like if I could see them instead of just listening in on the pitch.

Thankfully, I learned my lesson well in the case of Simon Snider, my connection to First Families of Ohio designation for my husband’s family. Years ago, I had transcribed for my own records the census report for Simon Snider and his family in 1850, complete with every detail of names, birth years—all the way down to page and line numbers of the family record.

That 1850 census, as you well know, is when the United States crossed from the enumeration Cone of Silence into that great governmental frontier of violation of personal privacy.

Or, in less radical terms, 1850 became the census year which gave people back their names—at least those in the rest of the family.

When I was writing down those family names in Simon Snider’s census record—a task surely done with such Stone Age implements as a pen and paper precariously positioned to the side of a microfilm reader—I remembered to include one simple routine. Not wishing to have to go through the excruciating pain of reeling my way through the entire county’s records again, I took down the details of state, county, and township locations. And I noted not only the page number but the line numbers for each of the household members named.

Now that I’m transferring my data onto a family tree online at Ancestry.com, I’m trying to go back and clean up little messes like lack of such notation. Ancestry has this handy mechanism for attaching useful items like census records to each person’s readout. Since I was working on Simon Snider’s family yesterday, I thought I’d take care of that little housekeeping item.

I hadn’t yet attached the 1850 census record to Simon’s name, so I quickly scrolled down the page to the button labeled “Search Records” so I could get straight to the business of connecting records to names.

I can’t imagine why I was flabbergasted to not find Simon’s name in Perry County for that year. Believe me, I had no worries of somehow yet again missing the mark of achieving First Families status. I knew he was in Ohio now!

But he certainly wasn’t in the census results. At least not on Ancestry.

Not to be stymied, I scooted over to FamilySearch.org. I’d find it there for sure! And—no surprise—there it was, in Reading Township, just as I thought.

Could I somehow be missing something? I went back to my own database, looked at the notes I had stored there, wondering if my eyes had deceived me. But no, it was in Reading Township. By now, it was me and FamilySearch against Ancestry. How could Ancestry be missing something so obvious?

Ever get caught in one of those tight research loops, where you know where an item is, but though you stare at the record umpteen times, you can’t seem to find it?

Well, that’s not what this is.

Ancestry was not staring at my item. And since I was locked in to determination’s grip by this time—never give up! (thank you, Sir Winston Churchill)—I was determined to get to the bottom of this. How could Ancestry not know this? It was plainly right there…see?!

Thankfully, Ancestry allows members to search through those scanned records on their own. They don’t insist on locking us into playing with their-search-device-or-no-game. So I took a meander through what they call their “Browse” feature. I selected 1850 census, state: Ohio, county: Perry, township: Reading.

This is where I exhibited some pre-Thanksgiving gratefulness: I had written down the page number in my records, remember? So, to page 350B, lines nine through eighteen it was.

Surprise. Simon Snider was not home. His possessions were now under the proud moniker of “Semon Swider.”

And Mr. Swider was born in Pennsylvania in 1795.

Well, I’ll be kind. I’ll grant that it was an honest take on that place of birth. The census did read “Pa” for place of birth. But the age seemed to clearly read “35” to my eyes. Not “85.”

Relieved that Simon Snider did, in fact, still exist in Ohio, I made sure to duly note my objections on Ancestry’s handy form for such issues. I’m thankful for Ancestry’s openness to crowdsourcing the right information, so others can also find records through their search engines. Otherwise, how useful would a device like the Ancestry service be?

And with that, I handily clicked the “Save” button and added that 1850 census record where it should have been all along. Simon Snider is now back on his farm and all is right with the documentation world.