It Pays to Look Around 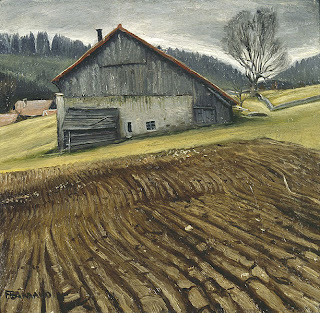 While it was disappointing to let go of any notion of becoming part of the First Families of Ohio, I couldn’t quite yet abandon the chase. There are, after all, a couple anecdotal bits of evidence still claiming that our Flowers ancestors were in Ohio before 1820—as early as 1814, in fact. Proving that point through proper documentation, however, is becoming nigh impossible.

Not to call it quits too early, I took heed to that old saw about Perry County. Everyone there is related somehow, remember? Those roots in that county go way back.

So I thought it wouldn’t hurt to take a moment to wander through the scanned pages of the 1820 census for Perry County. After all, it is only a matter of reading through about five pages per township. Totally worth it for a few spare minutes.

I’ve got a whole roster of Perry County surnames floating around in my brain, and when I took a look at the census records, I kept my eye open for those familiar names. Sure enough, it wasn’t long before I was stumbling over some Sniders who looked like potential candidates. With a little cross checking in my own database, here’s what I came up with.

On the fifth page of the Perry County census reading for Hopewell Township, I spotted Nicholas Snider. In my database, Nicholas Dominic Schneider was an immigrant from Germany—some say the from the perennially politically-disputed Alsace-Lorraine region—who was born in 1766. Arrival around 1820 in near-wilderness territory in Ohio might have been a stretch for someone getting on in years by that point. Coupled with the obvious change in spelling for his name, it caused me some doubts about the identity of this Snider family in the census.

Once again, as I had done for the John Henry Flowers comparison, I took a look at the family constellation to see if there was a likely match. Without going into the details right now, the records seemed to jive—all the way from the eldest child, Jacob, to the infant, Conrad.

Since this Snider family obviously was in Perry County in time for that 1820 census, I returned to the General Land Office Records website to see if I could find any evidence of property ownership for this Nicholas Schneider (or Snider). What I uncovered there should be worthy of a little jig: a patent image for one “Nicholas + Jacob Snyder of Fairfield County, Ohio” dated March 27, 1820—just in time!

However, my gut still wouldn’t let me be at peace about this. The spelling variants are only a minor irritant, true, but when you consider the larger issue of the county of the land  purchase not being named in the body of the document (it is specified in website records, but not on this particular document), it puts me in the dilemma of wondering whether this might be a Nicholas Snider from another county. After all, there might be someone out there in another part of the state who bears the same name.

Thankfully, that little addition of the second name—the second party of the “tenants in common”—helps further clarify which Nicholas Snider the document identifies. While it doesn’t come out in the property record and state that Jacob is Nicholas’ son, it just so happens that the man’s eldest child was named Jacob.

Just to add a little confirmation to soothe my gut feelings, the early Catholic baptismal records I had sought out the other day once again came to my aid. There, on the records for 1819—just the right interval of time to yield me another young boy in the November 1820 census listing—was the entry for the baby, Conrad. Looking closer at that record, though, I discovered one little detail I had missed before: Conrad had a twin brother! While this will set me on another search for more data, the baptismal entry for May 13, 1819, unmistakably stated: “Conrad & Andrew Snider, twins.”

Someday, when I’m not facing a deadline for lineage society applications, I’ll take up the chase to discover whatever happened to brother Andrew. But for now, I’ve got some documentation to gather together and get in the mail!


Above left: François Barraud, "Paysage de labour," oil on canvas, circa 1929; courtesy Wikipedia; in the public domain in the United States, EU, and other countries with a copyright term of life of the artist plus 70 years or less.
© Copyright 2011 – 2022 by Jacqi Stevens at 2:40:00 AM
Email ThisBlogThis!Share to TwitterShare to FacebookShare to Pinterest
Labels: Flowers, Lineage Societies, Perry County OH, Property Records