Into a Season of Giving 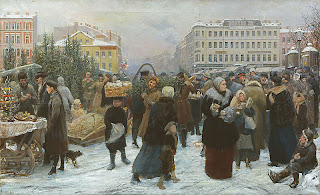 In case you haven’t noticed it, we are barely twenty four hours past the cataclysmic launch into yet another holiday shopping season.

I’ve staunchly held my bah-humbug position that this should not be the time to fuel a Season of Getting, but in the true spirit of Christmas, focus on a time for giving.

My husband and I seem to be simpatico on this account. Just the other day, he was flipping through some reading material, out of which popped a card.

“Here,” he said, handing me the postcard, “What do you think of this for Christmas?”

Since we have just finished a major house makeover with a flooring project in four different rooms, plus the installation of some desperately-needed new appliances, I braced myself for the additional expense that would be revealed on the card.

It wasn’t another major purchase. It wasn’t even some fun technology toy. It was a simple way to re-think gift giving.

I had heard of the company which produced the card before. Actually, I had first read about the organization in former president Bill Clinton’s book, Giving: How Each of Us Can Change the World. Now that company is proposing that people re-envision this season of giving as a time to become a blessing to others, instead of reciprocally blessing ourselves.

Not that we need any more of all that stuff! Think about it: in America, the land of opportunity, even in the midst of our current dire economic straits, when we need something—and I’m talking basic needs here, not cell phones or hundred-dollar sports shoes—we go out and buy it. Just like that.

The non-profit organization that placed that ad on the card in my hand was asking that people consider giving the kind of gift that would help someone who couldn’t go out and buy that item right away—or ever—even if it were badly needed. The gift would be given in our names, or could be given in the name of someone we choose to honor during this holiday season.

I’m not sure how overjoyed my sister-in-law might be on that bright Christmas morning when she opens her gift from us to discover that it was actually a gaggle of geese, but if we proceed with this idea, that may very well be what happens. Of course, the geese won’t exactly be right there in the same box.

That would be unsanitary.

But in her name, Heifer International would send a flock of geese to a specific family somewhere out there in the world—someone neither she nor I would ever meet, but someone for whom this gift would make all the difference.

The idea on that card, of course, got me thinking. Whether we decide to pursue this crazy idea with the geese—or maybe a llama for my sister—we still can adapt the spirit of the idea. And we can do that looking no farther than our own backyard, in some cases. There is a lot we can do to make a difference in our own communities, whether in the name of Christmas gifts, or by extending the effort throughout the year.

I think of those groups genealogists and family history researchers focus on most: organizations like local historical societies and museums that remind us not to neglect the lessons of our past. I think of one of my favorite bloggers, who in real life plays a museum director for a county historical museum—a place where a dollar is stretched to the max to maintain and augment local displays, and where a kind donation would make such a difference. I think of all the local genealogical societies engaged in the same mission; knowing that when groups like these receive donations, they are greatly appreciated.

In doing the research for my D. A. R. application, when I told my sister about my successful completion, the first words out of her mouth were, “I want that, too!” Can I make that a Christmas gift? And for my First Families of Ohio application—what about “gifting” that membership to the rest of my husband’s family? Those are ways to give gifts that also benefit some worthy non-profit organizations.

That’s not even mentioning all the educational, scientific, research, humanitarian, and other organizations—both local and international—that claim our attention and personal involvement. A gift to one of these organizations would be so appreciated.

Of course, this idea isn’t original with me. If you noticed the link I included with yesterday’s post, the blogger who was passing along the word about choosing “Family over Frenzy” was also advocating a program called Giving Tuesday.

If you are in a position to join me in including that approach for your holiday shopping list, you’ll be extending your holiday cheer far beyond the walls of your own home. And you’ll likely be giving gifts that won’t be slated for the exchange desk back at the store come December 26. Best of all, you won’t have to wrestle someone over who gets the last box on the bargain table at midnight after getting up at four that morning to prepare the Thanksgiving dinner. Now that’s a season of peace and good will I can celebrate!


Above right: Henrich Matveevich Manizer, "Christmas Tree Auction," courtesy Wikipedia; in the public domain in the United States, Australia, the EU and those countries with a copyright term of life of the artist plus seventy years.

For the sake of transparency, I am not affiliated with any of the above-named organizations in any commercial manner, and have linked to and recommended these resources only as a service to readers here.
© Copyright 2011 – 2022 by Jacqi Stevens at 2:46:00 AM
Email ThisBlogThis!Share to TwitterShare to FacebookShare to Pinterest
Labels: Genealogical Organizations, Giving Back, Holidays and Genealogy, Lineage Societies