The Benefits of Getting There First 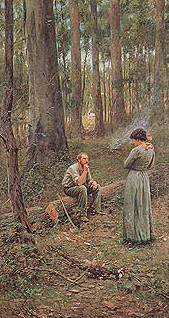 Step by documented step, the generations unfold until the avid researcher marks the clear line linking the living with specific ancestor settlers from that certain state. It’s all about First Families designations. Or Pioneer Family descendants. Whatever it’s called, it is a way for state genealogical societies to recognize those descendants who’ve delved into the research—and documentation—with gusto, and produced the ancestral paper trail for others to follow.

For those first settlers, whoever they were, there were no notions of glory—no idea their descendants of multiple generations in the future would look back and obsess on their every documented move. Those were the hardy, hard-working men and women who risked so much just for some land upon which to eke out their own lives in peace and quiet—and independence. With such a common-sense mindset, what would these pioneers have thought of us in our pampered, electronically-connected world, doggedly pursuing every census line for signs of their whereabouts?

And yet we do.

I’ve just spent a month documenting my own steps to finding just one ancestor I can claim as a pioneer in the state in which he chose to settle. If you’ve been following the trail with me, you have seen that it is not always a path free from pitfalls. In fact, though I started out focusing on one early settler, I ended up pursuing the line of an entirely different family—causing me, basically, twice the research and documentation work as originally expected.

So, I guess the question really is: why do we do it?

After I had concluded my last blog series at the end of September, I outlined some of my goals for finishing out the year, which included this section on my pursuit of First Families of Ohio status. I had mentioned I did this to

·        Draft my readers as accountability partners
·        Lay out the details of the trail for others to use
·        Encourage others to join me on this trail and pursue your own heritage.

Not that I expect everyone reading here to be descended from ancestors who were Ohioans prior to 1821—though if you are, I hope you consider submitting an application to the Ohio Genealogical Society lineage program as well. However, there are other states participating in such programs, too. Some call them “First Families” programs; others are described as “Pioneer Families” programs. Whatever they are called, I hope you will pursue whatever program to which you are eligible.

I first heard of First Families programs through a distant cousin—one whom I had never met face to face, but whom I had contacted through the original Family Tree Maker program. On one of the old FTM disks, I found a family tree which included my maternal grandmother—she being the one who seems to have made it into a number of others’ databases—and I contacted the submitter through the company resources. When we first met each other through letters, he was quick to tell me that the records he had provided were sufficient to qualify me for Florida’s program for descendants of their pioneers.

I’ve since discovered that there are many such programs, not only at the state level, but even at county level as genealogical societies develop programs to recognize their region’s pioneers.

There is even a Cyndi’s List category for First Families programs!

Granted, each program invariably includes a fee for application review and formal designation. While this is the down side for those with personal budgetary limitations, for those who can afford to do so, there are several pluses.

First, you are supporting an organization whose mission is to perpetuate the memory of our ancestors and the history into which their lives were woven.

Second, by providing the documentation in your application, your research gets added to the body of knowledge stored by that genealogical society’s archives—material which then becomes available to the society’s membership, and sometimes also to the general public. The genealogical society becomes the repository for your research results, which then may be found by others—including your own distant (and as yet unknown) relatives.

Third, by receiving such recognition as a descendant of a state pioneer, you may now serve to encourage others to take interest in their own past—as well as our collective past as we examine the impact that the specific individuals that we knew or knew about had on the lives of those in their own communities. People find it interesting to hear that a friend is a descendant of specific individuals, even if the ancestor was not famous. Just being there in 1820—or whenever the program requires—is notable in and of itself. And knowing someone with such a designation transforms you into instant PR for the program and the genealogical society. And don’t we all like it when our favorite hobby—our passion—becomes an endeavor in which other people take interest?

Finally, you are honoring your forebears—those ancestors who have made some incredible sacrifices to move from their comfort zone to a place of uncertainty, all in the hopes of finding a better life for themselves and their descendants.

I see First Families programs as a way to discover, and then honor, the risk-takers who just happen to have been our own ancestors. I hope you will join me in finding ways to extend that honor to those in your own families who—in whatever state—got there first.


Above left: Frederick McCubbin, "The Pioneer," detail from oil on canvas triptych; courtesy Wikipedia; in the public domain in the United States and those countries with a copyright term of life of the artist plus seventy years.
© Copyright 2011 – 2022 by Jacqi Stevens at 2:42:00 AM
Email ThisBlogThis!Share to TwitterShare to FacebookShare to Pinterest
Labels: First Families, Genealogical Organizations, Lineage Societies, On the Move