Tracing the Full Circle—And Then Some 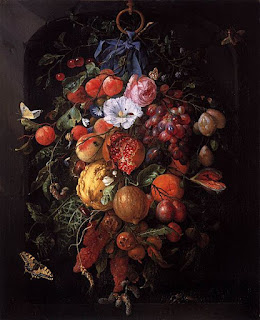 We started this journey almost a month ago—this journey in pursuit of designation as First Families of Ohio descendants. My original strategy had been to find documentation for my mother-in-law’s paternal line, showing the Flowers family to have arrived in Ohio prior to 1821. In anticipation of achieving that goal, I started laying out the generations—complete with their stories, of course—working my way backwards in time from my mother-in-law’s father, John Ambrose Flowers.

That tack, however, didn’t work out. While I had already discovered published anecdotal reports that the Flowers family was indeed in Ohio well before 1821, I couldn’t locate any documentation verifying the reports. Fortunately, in the meantime—and thanks to a summertime side trip to a wonderful genealogy library collection—I realized that the spouse of John Ambrose Flowers was the one who could provide me that sought-after prize.

Thus began the research detour back down through time, following the line of emigrant Nicholas Schneider and his descendants—now Americanized as “Snider.”

That, as we’ve seen in the past week, brought us through a few generations of daughters to the point, yesterday, where we witnessed the marriage license of my mother-in-law’s parents, Bertha Genevieve Metzger to John Ambrose Flowers—precisely the man with whom we had embarked on the original quest.

In discussing John Ambrose Flowers, I had previously mentioned that his parents were Joseph E. Flowers and Anna Maria Snider.

Of course, when I first mentioned it, I don’t suppose the fact that John’s mother’s maiden name was Snider meant much of anything to you.

However, now that you’ve been through the litany of Schneider descendants, you have, no doubt, been sensitized to that Snider surname.

Remember how I’ve mentioned that a favorite comment about Perry County is that everyone there seems to be related to everyone else?

Well, guess what?! Not only was Bertha Metzger John Flowers’ wife, she was also his second cousin once removed (oh, and his half third cousin—but that’s a Gordon story for another day).

How, you ask? Simple. John’s mother, Anna Maria Snider, was daughter of Jacob Snider—that oldest son of Nicholas the immigrant, who made that early first purchase of land jointly with his father.

So not only do I have documentation for my family’s connection to First Families of Ohio through my mother-in-law’s maternal line, but also through her paternal—Flowers—line, thanks again to that very same Snider family.