What Surprises Me About Some Research 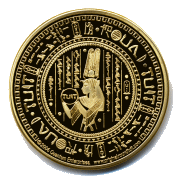 Have you ever been able to travel to the city or town where your ancestors once lived, and take a look around to gather more data for your research?

You know the routine. Check the cemeteries and photograph the headstones. Google™ the address you found on that 1920 census record and drive to the site to see if the house is still standing. Stop in at the town’s library and see if any local history books in their collection mention your people.

When you go through that routine, do you ever come away from that visit with more questions than when you started?

I shared with you, yesterday, the story I discovered about Ella Shields Bean and her former husband, Leon Samuel Bean. I had had that story in a newspaper clipping tucked away in my files for a long time. The story always struck me as odd—mainly because of the Reality TV burlesque aspect of publishing such minute details in a city newspaper, more than any concerns over Ella’s injury or the facts of the relative rareness of a divorce suit in that time period. Anyone who has gone through divorce (or even known of others’ experiences in that respect) is aware that things can get nasty—not to mention, melodramatic. And honestly, I couldn’t help but wonder if the appearance in court, complete with bandage, wasn’t just an episode of showmanship on Ella’s part. These were people of strong personalities, to say the very least.

Yet, knowing all that, when I did spend some time in the Bay Area—going to all the family cemeteries, checking out all the libraries, and trying to find those old homesteads—I still heard things that I should have questioned.

Because they would have told me the rest of the story.

Yes, I know: I already told you this was the rest of the story. But there’s a rest of the rest!

You see, after finding Leon S. Bean’s grave location, courtesy of the office at the cemetery where he was buried, one of the last comments I remembered hearing was, “That’s where Leon and Emma are buried.”

“No, you mean Ella,” I asserted. Must have been a typo, I thought to myself then. Even death certificates can get things wrong!

Off I went, out of the office and into the section where I could snap a picture of Leon’s headstone.

And promptly forgot all about that mention of Emma—for twenty years.

Fast forward to a few days ago, when I was finishing research on Leon to check a few details for yesterday’s post. Along with that modest referral to the divorce filing that I explained to you yesterday—the one appearing in the San Jose Evening News—there was another brief newspaper entry. This new line was just as short, and published almost exactly seven years after the first entry. The Wednesday evening copy of the January 14, 1920, edition announced:

It was Emma! There she was, in that tiny announcement buried in the back pages of the San Jose newspaper.

Now that I had the explanation for that little irritating wisp of trivia that I should have picked up on more than twenty years ago, what could I do with it? I have no online access to the San Jose newspapers from that time period, nor do any libraries in my area carry them on microfilm. Online records for an Emma Bean seem overwhelming with “hits” that turn out to not be matches.

But I have virtually no knowledge of this woman, who she was, what she was like—nothing. If she was, indeed, the recipient of all that supposed wealth accumulated by the once-successful builder, Leon S. Bean, at least I could vicariously experience the benefit, one would think. Or wonder if she, too, came away from the experience with a bandaged forehead.

Perhaps I’ll need to chalk this one up to the “Round Tuit” list for a research trip to the Bay Area. Sometimes, that’s the only way to find these things out.
© Copyright 2011 – 2022 by Jacqi Stevens at 2:49:00 AM
Email ThisBlogThis!Share to TwitterShare to FacebookShare to Pinterest
Labels: Bean, California, Newspaper Clippings, Research Journeys, Weddings