Going Up Rocket, Coming Down Stick 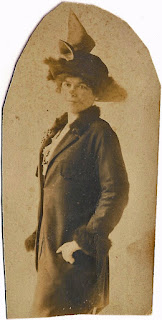 One thing about pursuing family history research via historic newspapers: you can gain a sense of the changes in expression over a span of one hundred years or so. Looking at all the newspaper entries while researching the surnames associated with the Samuel Bean family of Redwood City, California, I certainly noticed that. Language changes.

So while I pored over entry after entry at the California Digital Newspaper Collection, I soaked in the ambience of life, the way these ancestors expressed it.

In one of the many false starts I encountered along the way—the multiple entries for a Harry Watrous not our own—I ran across one particular expression that I thought fitting for what I was experiencing right at that moment.

I have no idea what the expression might have meant to residents of northern California in 1883, but I’ll let you have a look at it and see if you take away the same message I do.

From the front page of the Sacramento Daily Union on November 21, a Lucy Harper—supposedly writing from the very art capital of the time, Paris—analyzed her new-found artistic sensation, the Harry Watrous that turned out not to be part of my Bean family’s line.

An excerpt from her observations:

I am always glad to signalize the advent of any new American star on the horizon of art, and it is my pleasing task to-day to tell of some very admirable work just executed by a young American painter, Harry Watrous…. He is still very young, and has not been studying long, but he is not only exceptionally talented, but he is an earnest, conscientious worker, and his progress within the last year or two has been something to marvel at. His success has not been the case of “going up rocket,” with the chance of “coming down stick,” but it has been achieved by steady, patient study and persevering work, joined to great natural gifts.

Despite my disappointment that this Harry Watrous wasn’t my Harry Watrous—well, Blanche Bean’s Harry, to be precise—I couldn’t help but notice the aptness of the expression for exactly what was happening to me in this research quest.

Sometimes, the hits keep coming at us, fast and furious, and we think we are rolling in the data riches of a research jackpot—only to discover that what we first thought wasn’t exactly how things turned out in the end.

It’s not just that “what goes up must come down.” It’s a matter of recognizing that, even when something seems like it will be not only a sure thing but the next best thing ever, it might not end up that way.

Sometimes, no matter how wonderful the exponential increase of all these online resources might be, there still is the need for archives that hold records that we may touch. We still must have those repositories where the original documents can be preserved and referred back to, if need be. Sometimes, slow and steady wins the research race.

That’s the kind of reminder that makes me glad I’ve got a research trip to the Bay Area lined up for the near future. Yeah, it means I’ll have to get in my car, time things just right to miss the rush hour traffic, and somehow jive with the individual schedules of all the libraries and cemeteries I’ll need to visit. But at least that’s the kind of Plan B I can keep in my back pocket for when such things happen.

Sometimes, those new options do “go up rocket” yet “come down stick.”


Photograph above: Unidentified woman in hat, possibly from 1890s, from the collection of Bill Bean. As I received it, the photograph was hand trimmed--a hallmark of Bill's sister, Leona Bean Grant--from card stock, apparently removed from a gray backing, of which traces still adhered to the glue. There was no label on the back.
© Copyright 2011 – 2022 by Jacqi Stevens at 2:55:00 AM
Email ThisBlogThis!Share to TwitterShare to FacebookShare to Pinterest
Labels: Bean, California, Newspaper Clippings, Online Resources, Research Journeys, Watrous