Off on the Right Track


Welcoming the new year—at least the first two weeks of it—hasn't been bad at all. I can't say I've had as positive a feeling about a New Year in a long time.

As far as keeping track of research progress, the experiment I tried last year was encouraging. Here's the first installation on the statistical report for 2017. Keep in mind, this is not just a wearying task having to do with numbers. The impetus behind this pursuit—which actually started in late 2014 when I discovered an "exact match" adoptee sharing my matrilineal line—is to trace my mother's mother's mother's line back to whatever generation will pinpoint the nexus between my ancestry and that of my mystery cousin.

Not only that; gearing my research to include siblings of each generation of my direct line—and then extrapolating to all the descendants of any given ancestor—will hopefully help me spot how I match those many unknown third and fourth cousins popping up in my DNA test results with alarming regularity. Keeping track of the numbers helps encourage the research momentum.

For now, it looks like the most—er, make that the only—progress being made is on my maternal line and that of my husband. No problem, though. These are the two lines most likely to experience DNA matches—and also the two lines whose roots reach back to colonial America.

So let's look at the numbers for our new year's fresh start.

On my mother's line, I opened the year with 9,305 names in my freshly-synced family tree. In the past two weeks, I've added and documented 136 additional individuals, bringing the total up to 9,441.

The DNA matches seem to be settling into a pattern, as well, with Family Tree DNA bringing in nearly twice as many as Ancestry DNA in any given time period. Perhaps that is because we are still seeing the tsunami wave coming towards us from that company's unbelievable holiday sale. The down side, of course, is that, flooded with extra work, the lab is likely struggling to keep up with the input. Back in early December, my two sisters in law generously agreed to become "guinea pigs" for one of my genetic genealogy data reading experiments; I've yet to see their results show up in my husband's matches.

So, as it stands right now, the year started out with 970 matches for my husband's account at FTDNA, which bumped up to 980 over the next two weeks. Meanwhile, his Ancestry DNA account only advanced five, from 186 to 191 matches. As for mine, the 1,521 January first tally at FTDNA rose nineteen to 1540, and my Ancestry DNA matches are now up eight to 427.

Making progress on all these aspects is sometimes as simple a matter as squeezing in a few minutes daily to review shaky leaf hints on Ancestry. I must confess, I often spend my lunchtime at my desk, working through those hints as systematically as possible. It may seem like a big number when viewed in the aggregate, but doing a little at a time—and doing so regularly—can make a difference over the long haul. 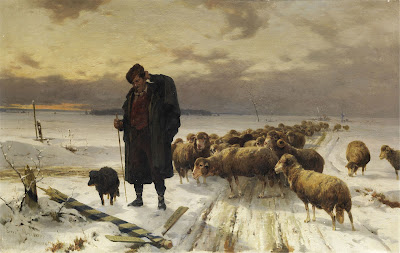