Starting This Story at “The End”

Genealogy is one of those backwards pursuits where you start from the end, and work your way back to the beginning. Since I’m starting a new project today, that is exactly what I’ll be doing: telling you about the end of one family’s story.

I’ve mentioned a little about this family before: some of the photos I’ve struggled to identify, some of the eccentric extended family members I’ve met, some of the people I’ve had to bid a premature goodbye.

Today, I want to focus on the one person in this family I knew the best. From there, in future posts, I’ll acquaint you with his immediate family members and the interesting features of their brief lives. Eventually, I’ll round out the story with the smattering of discoveries I’ve made about the family’s previous generations here in California, and lead you to the spot where the trail goes cold: just before the 1849 California gold rush, when trails led backwards—both in tracks across the Plains, and in the wake of a steamer traveling around the Horn. 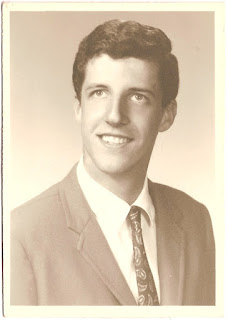 “The End” is marked by one young man by the name of Gregory Earl Bean.

Born in the family’s Bay Area hometown of Alameda, raised in beautiful Santa Rosa, he was a talented musician with high hopes as he ventured to the Conservatory at University of the Pacific to pursue his dream of operatic voice performance.

Greg was also a soul plagued with an uneasy destiny: genetically bestowed with a syndrome affecting both his appearance and his health, he had no guarantee of tomorrow. If he chose to play the hand he was dealt, he had to play it now.

The impact of Marfan Syndrome on Greg’s height was readily apparent from a very early age. 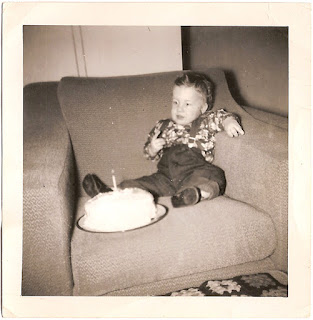 See that photo of the young tyke sitting by the birthday cake? Take a close look and count the candles on that cake.

That’s right: one. This big guy is now one.

He’s off to a rollicking start.

By the time Greg was nearing junior high school, basketball coaches were drooling over him. Never mind that he had “trick” knees. All he had to do was stand there. No jumping required, it seemed.

While the height seemed a positive, there were detrimental effects of this syndrome, too. Mostly, they were internal—invisible to those who didn’t know. But reminders like the loss of many of the males of the family’s preceding generation served as a somber testimony that this disease meant business.

And yet, those school pictures kept churning out images of what looked like a usual student portrait. 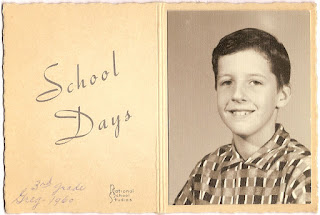 The introduction of Marfan Syndrome into my pursuit of genealogy highlighted the need to trace health records back through the generations, also. Some health tendencies are definitely genetically linked, and Marfan Syndrome is no exception. I learned where the trait was introduced into the Bean family. Though I have yet to trace the family tree data for this auxiliary line, I have met some of those extended family members—some of whom have the syndrome but were not as severely impacted by its presence, and some of whom I’ve never been able to meet, but whose stories I know, regardless of our inability to connect.

Sometimes, when families are so small—perhaps especially so when the number of members is limited by reason of disease—there may even be more of a closeness between those who otherwise might be considered distant relatives. Because of Marfan Syndrome, Greg never really knew his dad—let alone his uncle or grandfather. A grand-uncle and grand-aunt stood in as surrogate grandparents. Another distant aunt—actually the wife of another deceased family member—became a most adored relative. In one of my favorite pictures of Greg, he is visiting this very aunt. Somehow, thinking back on that picture, I realize that it was this aunt’s husband whose family was the one to introduce the gene—and thus, ultimately, the disease—into Greg’s family.

How was anyone to know, at the time?

Besides, do we ever make heart decisions, based on the cold statistics of medical reports?

And really: if it weren’t for that love, all we’d have left is a life.

In this case, a very short one. 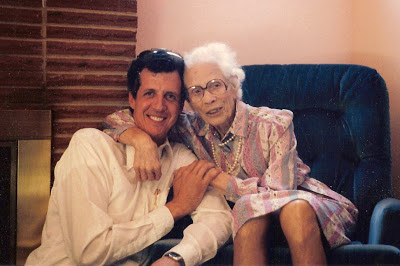 © Copyright 2011 – 2022 by Jacqi Stevens at 2:40:00 AM
Email ThisBlogThis!Share to TwitterShare to FacebookShare to Pinterest
Labels: Bean, California, Maine, On the Move, Shields, Woodworth