(Already) Off the Shelf:
Letters from Dad


The somber mood of last week has brought up several unexpected thoughts and memories. Seeing that gift of a Facebook video of my brother—taped a couple years ago, saying he knew he wouldn't always be here and giving his advice for that inevitable day, along with his goodbyes in advance—reminded me of a book I'd read long ago.

It was a book by a dad, trying to figure out what he could leave "of lasting value" to his children. Called Letters from Dad, author Greg Vaughn's book didn't necessarily mean to imply that that dad was about to be "no longer with us," but that possibility always lurks in the back of some minds.

What it did convey was a message urging dads—probably every parent would apply here—to send messages to their children in writing, on paper as keepsakes to be pulled out of wraps over the years, read again and again...and remembered.

I certainly can relate to that sentiment. After having sifted through the letters of generations of my husband's Stevens and Tully families to glean details of their lives, and having examined every word in my own mother's journals from her later years, I know I was grateful for having been gifted with these artifacts of loved ones' lives.

Of course now, we hardly pick up a pen and paper to write a grocery list, let alone a letter. Everything is electronic in format. When the message is no longer pertinent, then—poof!—it disappears. "Delete" stands in opposition to history preserved.

Just to have that brief film clip of my brother saying goodbye made such an impact. And that is to say nothing of having stacks of letters over the years of a deepening relationship. That was the kind of treasure in which people from bygone ages were rich that we are bereft of in our "modern" times.

Almost makes me want to sit down and write a letter. Just in case. One never knows what tomorrow may bring... 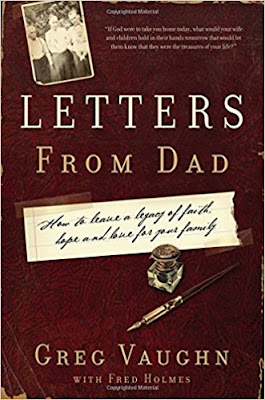 © Copyright 2011 – 2022 by Jacqi Stevens at 2:43:00 AM
Email ThisBlogThis!Share to TwitterShare to FacebookShare to Pinterest
Labels: Books, Family Letters