In that wandering-about malaise, when confronted with indecision about the next research goal, it sometimes helps to branch out and explore new territory. While yes, I did spend some time last week deciding on my research goals for the new year, there is still time to gather some intel to equip me to tackle those goals better.

One area I'd like to know more about happens to be the very thing suggested in that same post, last week, on my goals. Haz, a reader in Scotland, mentioned in a comment that one of my surnames of interest—Laws—happens to be the focus of a One-Name Study. While that is good news—the specific item about the Laws surname—it introduces another point: while I've heard much, over the years, about the Guild of One-Name Studies, I've done little to inform myself of the organization and its offerings.

Now would be the time to change that. This week, I'd like to explore just what constitutes a one-name study, pull the curtain back—figuratively speaking, of course, reaching across an ocean to do so—and learn more about the Guild itself to see if there are any offerings of interest to me among their thousands of surname studies.

Furthermore, since the Guild began with a focus on surnames populating the British Isles and I, not having many roots from England and environs, would like to expand that search further out onto the continent, I'll need to sniff out possibilities of other family history associations focused on non-British surnames of interest from my roots. There are a lot of resources out there, but sometimes we are so keen on keeping our nose to the research trail that we forget to look up and around where we could discover other materials that might boost our progress even more. 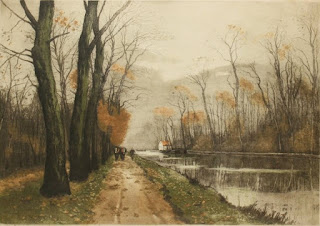