Don Quixote, The Goon Show
and Your Ancestors' Surnames


What, you might be wondering, does a classic Spanish novel and a 1950s British radio show have to do with the pursuit of genealogical pedigrees? It's simple: they both provided the zeitgeist inspiring the nickname of the Guild of One-Name Studies ("GOONS").

While one-name studies may seem as hopeless as tilting at windmills—and members are quite open about the seemingly sisyphean task of documenting everything there is to know about a particular surname—adherents to the pursuit of one-name studies approach their calling with a modest acquiescence to the craziness of it all. They are quite willing to hearken to the zany BBC comedy show in adopting that GOONS nickname, as if to convey the concept to their fellow Britons that they are indeed "crazy" for attempting their project.

While you or I might satisfy ourselves with pushing our pedigree chart back one or two more generations, members of the Guild of One-Name Studies want to know all there is to know about that one surname in their ancestry. When you think about it, "all" can encompass a phenomenal amount of data.

The Guild, itself, is a charitable organization founded in the United Kingdom in 1979, as an outgrowth of the British Federation of Family History Societies. Almost immediately, the Guild had two hundred members, and has grown from that inaugural body to over ten times that number, currently. Membership is open to anyone having an interest in one-name studies. While having its roots in Great Britain, the Guild now finds its scope—and thus, membership—to be international.

Members who have established one-name studies at the Guild endeavor to collect all occurrences of the surname on a worldwide basis. In exchange for all that voluntary hard work, membership, apparently, comes with an impressive list of benefits.

Articles on the Guild of One-Name Studies have found their way onto wikis at Wikipedia, FamilySearch, and ISOGG—not surprising, considering how many Y-DNA projects have been initiated by Guild members.

The Guild keeps a register of study surnames, which currently include two thousand studies of about eight thousand surnames and their variants. It's what can be found in that register that I'm most keen to learn. While I've already been alerted to the one-name study there for the Laws surname, I'm hoping to find a few more of my ancestors' names represented in the Guild's registry. We'll take a look at what is included there, tomorrow. 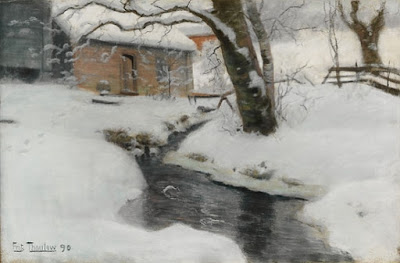