Letter writing must have been a tag-team sport for the ladies of my grandparents’ era. They each swapped stories, written in impeccable handwriting—or at least close enough to be merely perfect—and then urged each other to write back soon.

Granted, the letter my grandmother Rubie McClellan Davis received in October 1983 from her school friend Zemla Doke Griffith marked a grand occasion: a commemoration for the 1912 student body of Fort Meade Junior Senior High School in Florida. Small wonder my grandmother had tucked it away among her important papers.

The letter, itself, was nothing special. Other than the news clippings tucked inside the envelope, both from the 1983 event and from an earlier Class of 1919 reunion, the topics discussed were quite pedestrian. But they do give a glimpse of life in a decade, though within our reach, so far removed from the day to day remembrances we have of life today.

I suppose there were more letters sent between the two friends. The big occasion may have spurred a few extra letter exchanges, but things likely settled down to the predictable back-and-forth, once the anniversary dates were long past. Those letters, though, faded into the oblivion owing to most mundane conversations. Thankfully, the warm memories engendered by this milestone anniversary captured at least one snapshot of everyday life in 1983 for those of us looking back from our vantage point thirty years later. 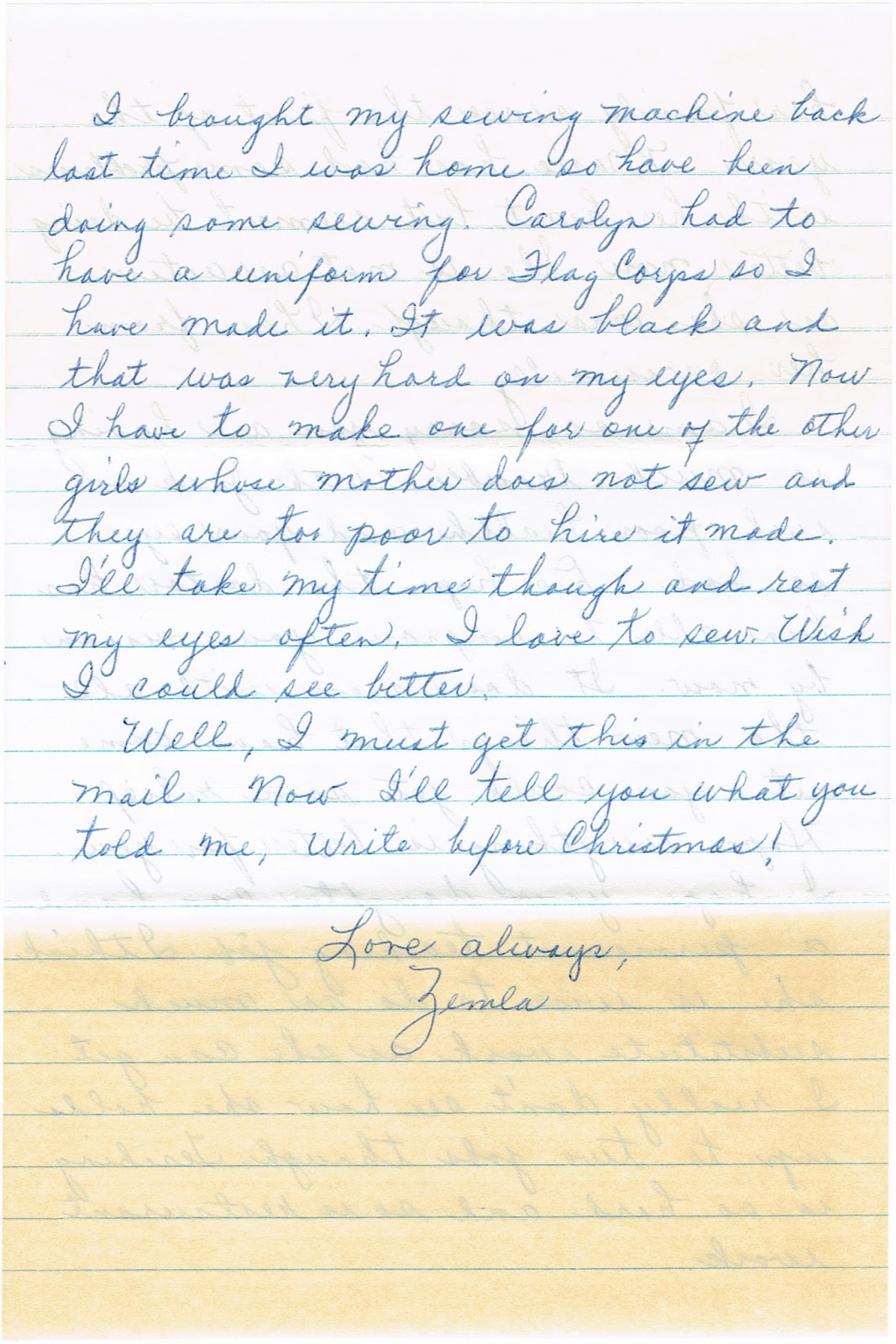 I brought my sewing machine back last time I was home so have been doing some sewing. Carolyn had to have a uniform for Flag Corps so I have made it. It was black and that was very hard on my eyes. Now I have to make one for one of the other girls whose mother does not sew and they are too poor to hire it made. I’ll take my time though and rest my eyes often. I love to sew. Wish I could see better.
Well, I must get this in the mail. Now I’ll tell you what you told me, Write before Christmas!
Love always,
Zemla

© Copyright 2011 – 2022 by Jacqi Stevens at 2:43:00 AM
Email ThisBlogThis!Share to TwitterShare to FacebookShare to Pinterest
Labels: Columbus, Davis, Family Letters, Florida, Friends of the Family, McClellan