A Case of Two Signatures

In the midst of trying to determine whether my godmother, whom I knew personally as Genia Melnitchenko but whom the rest of the world knew as ballerina Genia Melikova, was the same as the immigrant I found in online documents, I recalled one little slip of paper that might help cinch matters.

Years ago, when I was probably still an infant, my godmother had sent a fanciful little Christmas greeting to me—via my mother, of course, who would have to serve as interpreter. My mother saved that little card and tucked it away among the small collection of cherished items from her earlier life.

I in turn, upon receiving it from my mother, tucked it away for memory’s sake. It was one of the Christmas tidbits I intended to include as a season’s greeting on a December blog post—but if you won’t mind reruns when it comes closer to that hectic season, I’ll share it now for one specific point.

I realized that was the one piece of paper I had bearing the signature of my godmother. The reason it comes in handy is that, among the immigration papers posted online, I found another item that included Genia’s signature.

This other specimen of her signature was on the documents granting her the name change from Melnitchenko to Melch, which we had discussed last week. From the way she formed her “G” for Genia, to the distinct formation of her “n” at the middle of her name, I felt it replicated the card I had remembered tucking away for safekeeping.

Despite hopes of now heading into less wintery weather, I pulled out that Christmas reminder and took a look. Let me know what you think.

Here is her Christmas greeting from so many years ago: 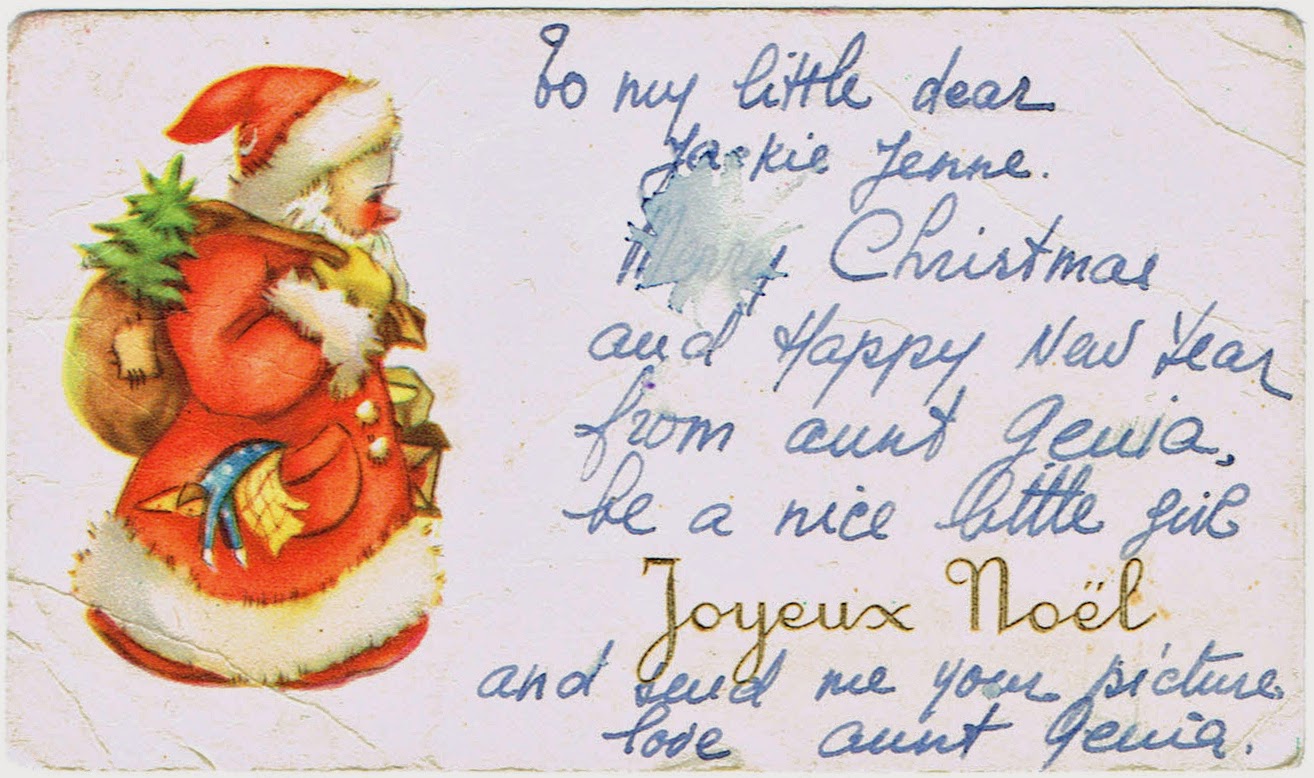 And here is the card from her petition to change her name in the Southern District of the New York court: 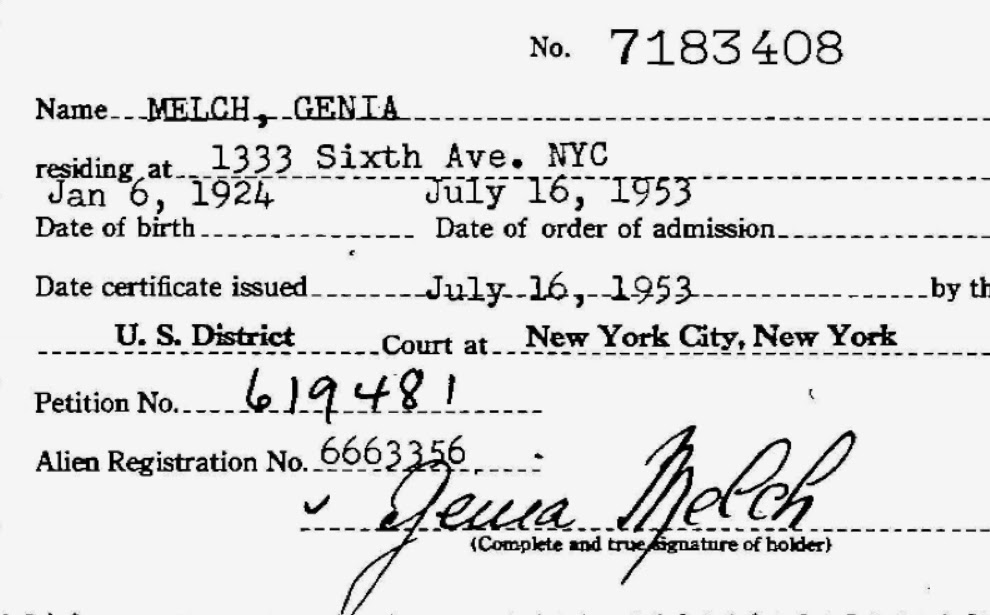 It was just a little token to remind me that this fairy tale godmother truly did exist in real life. How strange that we sometimes need repeated affirmation that our past really did happen to us.

© Copyright 2011 – 2022 by Jacqi Stevens at 2:43:00 AM
Email ThisBlogThis!Share to TwitterShare to FacebookShare to Pinterest
Labels: Friends of the Family, Keepsakes, Melnitchenko