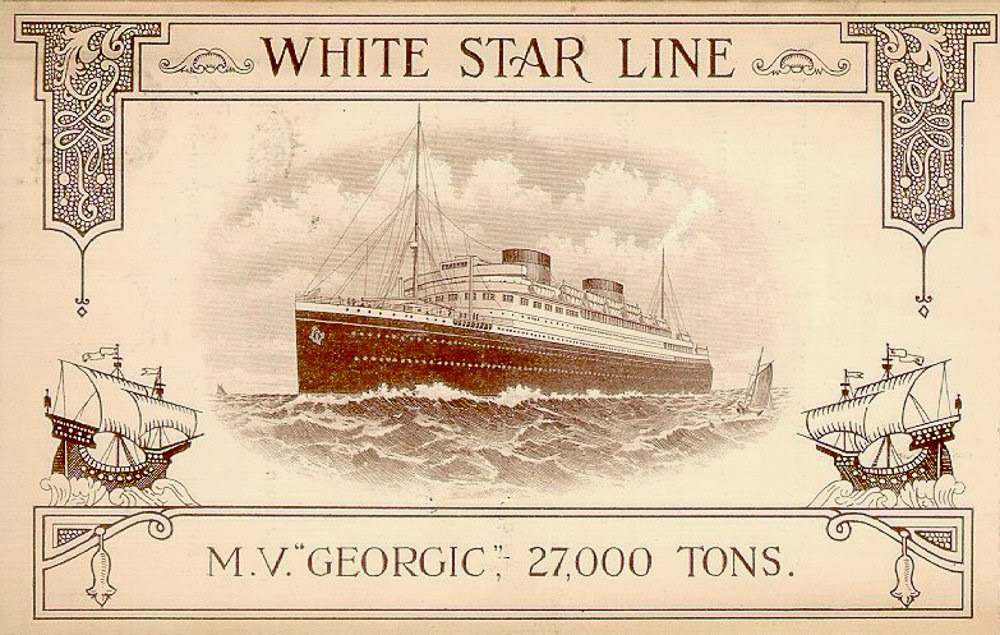 That fourteen year old Eugenie Melnitchenko was a ballerina traveling from London with a French company to perform at the Metropolitan Opera House in New York City was not inconceivable. That this Eugenie was one and the same with my godmother, Genia Melnitchenko, was also quite possible.

While the discovery of the passenger list that revealed that information to me was serendipitous, the revelation of the wealth of clues that discovery brought me was probably owing to something a little less celestial and much more governmentally ordained.

The first clue that told me to take a closer look was a handwritten notation above Eugenie’s name on the “Manifest of Alien Passengers for the United States.” There, on “List 19”—labeled, incidentally, “Visitors (Russian Ballet)”—someone had marked above Eugenie’s name the words, “with mother.” An official-looking stamp at the beginning of that line provided the explanation: “Under 16.”

Here, I thought, was my first opportunity to figure out what Genia’s mother’s name might have been. Naturally, I began paging through the file of passengers on the M.V. Georgic arriving October 9, 1938, in New York on that voyage from Southampton, England, hoping to find the answer to my question.

After only a few page turns, I tired of the effort, thinking it fruitless. If Genia’s mother were to be named, I figured it should have been apparent in the vicinity of her daughter’s own entry. Besides, having found this list via Ancestry.com, wouldn’t her mother’s entry have been indexed on that website, too?

All was not lost, though. As I scanned the entries on the subsequent pages, I discovered each person’s record spanned a two page set. Within that spread was a considerable number of questions that would suit my purposes as well as those of the United States Department of Labor’s Immigration Service whose stamp was affixed at the top of the page.

I found out all sorts of information on this Eugenie. Of course, her age was already showing as fourteen—jiving nicely with a previously reported birth in 1924. Granted, she was listed as single—no surprise there. For “Calling or occupation” she had listed, as had everyone else in her company, the term “artist.”

The ship’s list continued in great detail. Could she read? Yes. Which  languages? Both French and Russian. And yes, she could write.

For “Nationality,” the entry read, “Claims Russia.” In response to the category, “Race or people,” she listed Russian.

The story was more finely honed with the next set of questions. “Place of birth” requested both country and city. In Eugenie’s case, the answer was a very promising “Marseilles, France.”

From there, the form delved into the nitty-gritty of governmental record-keeping, beginning with a request for “Immigration visa, passport visa, or re-entry permit number.” In Eugenie’s case, the entry was “Sec 3(2), PV. 2873”—whatever that meant (PV. meaning “Passport Visa”?) It had been issued to her in London on 22 September, 1938.

The final entry on the page asked, “Last permanent residence”—both city and country. Eugenie responded, as did all the others in her company, “Paris, France.”

The second page of this governmental report—which I would never have even noticed, had I not been looking for an entry for Eugenie’s mother, who was supposedly traveling with her on the M.V. Georgic—contained one vital piece of information I could use. The form directed alien passengers to provide “The name and complete address of nearest relative or friend in country whence alien came.”

I can think of all sorts of passenger records for which this very column had been virtually ignored or incompletely provided. Thankfully, that was not the case in this instance. This became the spot providing me with the clue that just might lead me to the next step in this search for Genia’s parents’ origin. Passenger Eugenie provided the following:

One final tidbit about the trip was provided in answer to the question, “By whom was passage paid?” Although the trip was made for the express purpose of an engagement at the Metropolitan Opera Company, the arrangements were actually made by Hurok Attractions, Inc. The company’s address was given as 30 Rockefeller Plaza. At one point, a handwritten entry signified the head of the company—Sol Hurok, a dance impresario and, incidentally, Russian Empire emigrant from earlier in that century.

The minutiae of the rest of the form still make for interesting reading. The company’s engagement was to hold them over in the United States until April ninth of the subsequent year. Peppered with questions like whether they were ever in prison, were a polygamist or anarchist, intended to overthrow the government (who would admit to that upon questioning by an immigration official?), or had been previously deported, each member of the troupe answered with a resounding “No.”

I learned a bit about the appearance of Eugenie. She claimed a height of five feet, six inches, with “fair complexion,” “fair” hair color and “grey” eyes.

With all these clues, do I feel closer to an answer about whether Eugenie in 1938 was one and the same with the Genia I knew as a child?

For one thing, the details provided can be corroborated by the stories my mother told me, throughout my childhood, about Genia.

But they are not independently documented in a source which would confirm the connections seemingly indicated in this one record. After all, it is possible—as inconceivable as that might seem, with a surname like Melnitchenko—that there could be two women with the same, or very similar, names. After all, there was a Russian actress by the name of Evgeniya Melnikova, a name not very far off from Genia’s stage name of Melikova.

Yet, these details in the passenger list may very well lead to a greater possibility of obtaining the documentation that would provide me assurance that I’m on the right track.


Above right: Postcard depicting the White Star Line M.V. Georgic, circa 1932, from an unidentified British source; courtesy Wikipedia; in the public domain.
© Copyright 2011 – 2022 by Jacqi Stevens at 2:45:00 AM
Email ThisBlogThis!Share to TwitterShare to FacebookShare to Pinterest
Labels: Documentation, Friends of the Family, Melnitchenko, New York, Passenger Records