Sometimes, those old family stories can get a person in trouble. You know, those unbelievable tales your Aunt Mabel insisted were the very truth about her grandmother. Or worse, the ones your grandfather passed along when you were just a little kid. Surely, everything grandfathers say is true.

Not my grandfather. He was a lot of fun. Energetic, gregarious, he wasn’t exactly the life of the party—too hard a worker to wander toward the night life direction—but he could strike up a conversation with anyone, known or unknown, at the drop of a hat. My mother used to reminisce that her father never knew a stranger.

And he could tell stories.

Of course, those were the stories from my childhood that I remembered well into adulthood. When I got entangled with family history research, I pulled those stories back out for a serious review. Now that he was gone, I had to determine which ones were real, and which ones were just for a little fun.

One story I remember hearing—and couldn’t quite recall whether it was told with a twinkle in his eye—was that of John Wilkes Booth. Remember, my grandfather was a Southerner, through and through. The gasps of horror one would expect from those hearing the assassination news up North were not the same sounds emanating from some people in the South. Those other people were the type from whom my grandfather descended.

To the point, the story was that John Wilkes Booth did not die like the history books insist, but rather escaped and fled to Texas—to an isolated place, in fact, where our own Booth relatives owned a ranch.

Of course that was not true. Everyone knows what happened in that story. When I grew up, I realized that was one of my grandfather’s ways of “pulling my leg” and let it go at that.

Then dawned the advent of online genealogical research. Remember those early years of genealogical forums? What should I discover while exploring that new world of computer-enabled accessibility but the very same stories I heard about the Booth family from my grandfather. Yet, the people sharing those stories were not relatives I knew.

“Who are you?” I’d find myself asking, when encountering someone else who knew that same story. Why did these people know my grandfather’s joke, when I didn’t know them?

All these discussions occurred in online forums, so of course, my responses have been forever captured for the search-savvy world to discover. And, just recently, someone did.

How do I know? Because yesterday, my day started when something happened that I least expected. I got a phone call from someone who wanted to follow up on that very story.

Actually, my grandfather had an alibi for having told the tale: he really did have a relative named John Wilkes Booth. Only, this man was born in 1871—not 1838. Our John Wilkes Booth was born in Texas—yes, on or near that very ranch I just mentioned. Likely, the child was merely a Southern sympathizer’s token remembrance with the use of the infamous namesake.

Yet, incredibly, after all these years, there are people still earnestly seeking proof of identity of the man who was buried after that tragedy. Such stories are not hard to find—just googling the topic, from recent years, I came across a couple here and here.

For the record, though I’ve tried—oh, you know I’ve tried; I’m an obsessed researcher—I haven’t been able to find any connection between my family’s Booths and those of the never-to-be-forgotten John Wilkes Booth.

But I still got a phone call yesterday, anyhow. Just in case. 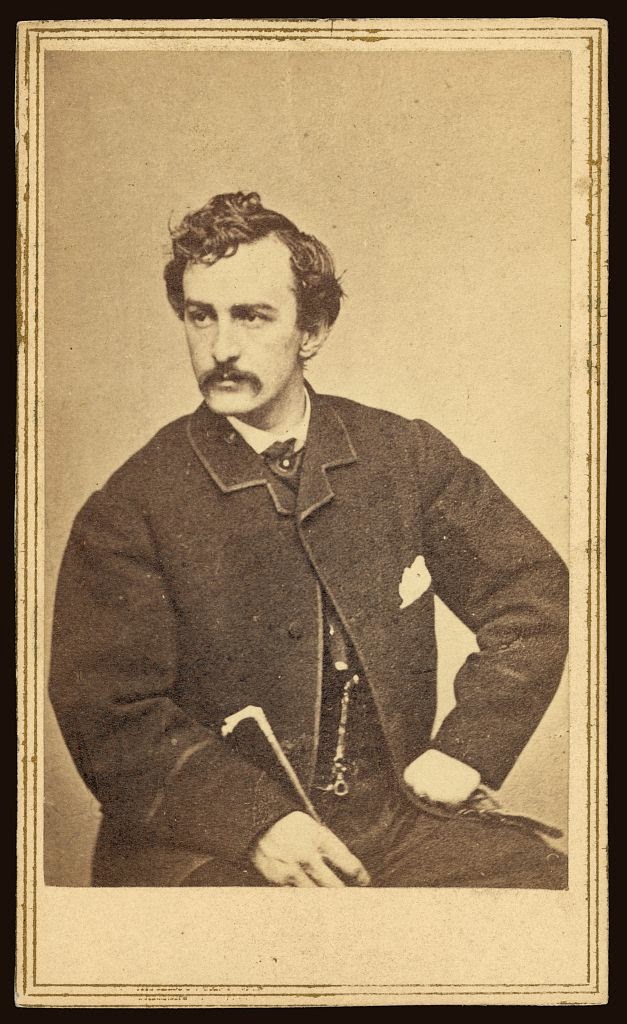 Above: photograph of John Wilkes Booth, circa 1865, taken by Alexander Gardner; courtesy United States Library of Congress via Wikipedia; in the public domain.
© Copyright 2011 – 2021 by Jacqi Stevens at 2:53:00 AM

Email ThisBlogThis!Share to TwitterShare to FacebookShare to Pinterest
Labels: Boothe, The Forums