Yes, I caved. I took the bait. I fell for it, hook, line and sinker.

And I think I will be down at the bottom of a big pile of data for a long time.

Here’s how it happened:

Once upon a time, long, long ago—yes, in fact, back in June of 2009—I took an old family photo that my cousin Skip sent me, scanned it and posted it on my Facebook page. It was probably a little something I did in honor of Father’s Day, even though my father has been long gone, himself. In the photo—a family grouping that included my grandmother, her brother and their parents—my father was peeking over the shoulders of the women in the back row. At the time, he was a teenager. My aunt, all perky in her summer dress, was sporting a big white bow on the top of her little blonde head.

As things sometimes go on Facebook, some friends and family saw it and commented on it, over the next few days. The comments dribbled off after that. Then, some other relatives saw it the next winter and commented, starting the conversation back up again.

And that was the end of it.

I don’t know why Facebook photos resurrect, but they do. And once someone gloms onto a photo—writes another comment—the thing is back in circulation again, as fresh as if it were posted within the past hour.

This time, more relatives shared their memories of the family mystery—the shock is, after being told we were Irish all our growing-up years, it turns out we are actually Polish on my dad’s side of the family—and we got to compare notes on what each of us knew about the “secret.”

Chapter Two: a blogger dangles the bait. I’ll just come out and say it: it wasn’t really blogger Randy Seaver’s fault for leading me astray, but his post yesterday about how FamilySearch.org has added more New York City records reminded me that I really need to see what’s gone online since the last time I poked around the data at any of the usual genealogical places.

While the records Randy mentioned were all just indices, not digitized images (which I hope will someday be forthcoming, as well), believe me: an index is infinitely better than trawling through miles and miles of microfilm. Take my word for it. The last time I seriously looked at my paternal branch of the family tree, it was when microfilm was the only game in town.

It was time for an update.

Gone was the afternoon, before I knew it. I looked not only at FamilySearch.org, but at the latest additions at Ancestry.com, as well. I kept keying in names of my family, seeing whose documents made the cut in this latest release of genealogical treasures. I can’t say I made stellar progress—there is an unexplained instance of a radical name change—but stumbling upon one single document, I located several key facts about this family. You might say I garnered a genealogical grand slam.

Of course, being a document which captured the reporting party’s assertions, in a way, the record is not providing me anything more than hearsay. But it is the word of a father, reporting such juicy tidbits as the name of the ship he sailed on, the names of the rest of his family, and the date at which he arrived in New York harbor.

Better yet, that one document became the Big Reveal by sharing the name of the town in which my grandmother’s brother was born. If he was born there, let’s say I have a pretty good guess as to where she was born.

You know I can’t stop with just this one document. Every detail on that page becomes a hint to lead me toward another document. Each clue equips me with the tools to ferret out yet more details. It’s the chain reaction of research.

Something tells me I’m going to be on this rabbit trail for a long time. 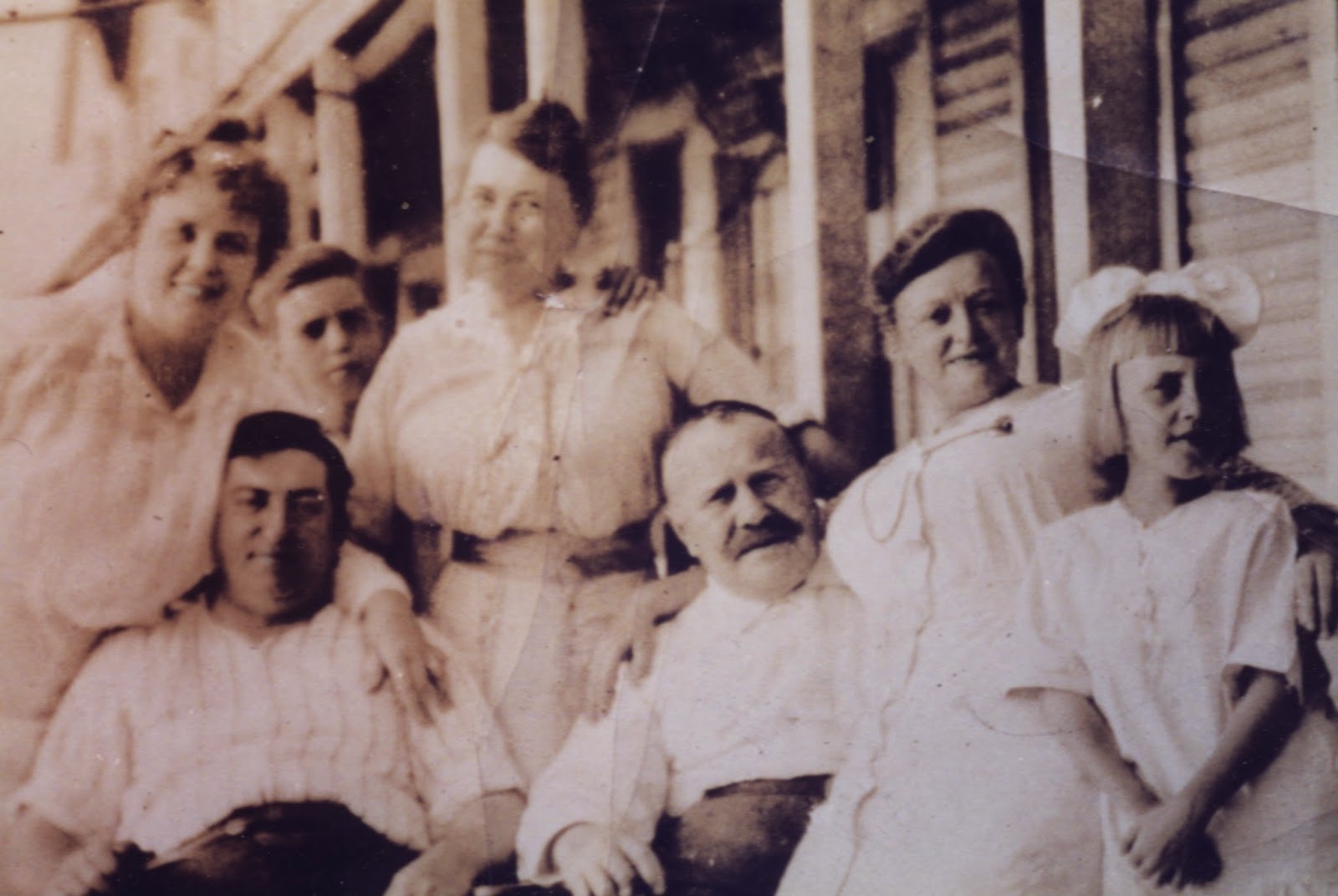 Above: Photograph of various members of the Laskowski family in or near New York City, circa 1917; photograph in private collection of the author.
© Copyright 2011 – 2022 by Jacqi Stevens at 2:49:00 AM
Email ThisBlogThis!Share to TwitterShare to FacebookShare to Pinterest
Labels: Blog Recommendations, Online Resources, Social Networking