When His Ship Came In

Having access to the naturalization paperwork of an ancestor means being able to snatch up several details of that life-changing journey across the ocean to America, all in one place. John Laskowski’s Declaration of Intention, filed in 1916, clearly declared the date of his arrival and named the ship that he arrived on.

I was elated to discover this, not only because the paperwork had yielded me the exact name of his hometown, but because the facts could lead me to a secondary source to verify his—and hopefully, by extension, his family’s—immigration story.

I arrived at the port of New York, in the State of New York, on or about the 15th day of February, anno Domini 1889.

In the clear hand that completed the paperwork, the ship was identified as…

…hmmm…Vilont? Perfect! I’ll just hop on over to the website for Castle Garden, the immigration station predating Ellis Island, sometimes also called Castle Clinton, and see what I can find.

Nothing. There was no record for any Laskowskis traveling on a steamship Vilont.

How could this record fail me so soon? I had just begun confirming the details this week. Had John misrepresented himself on a legal document of such importance? Could he have been mistaken?

I tried googling the name, but nothing showed up for a ship named Vilont. Crestfallen, I was desperate for a result, so I played around with other spellings. After all, that V looked like it could have been a U, didn't it?

Or…maybe the –ont was really –out? No luck on that variation, either.

Trying to imagine where a ship named Vilont would have originated, I thought perhaps it might have sounded French. But John’s records said the port was Hamburg in Germany. Something was not adding up here.

Sometimes, we are so close to the end of our genealogical trail that we get in a rush to reach the finish line. This was a time to settle back, take a deep breath, and think things all over again. Slowly.

Why were no Laskowskis showing up that matched my family? Did nine year old John travel by himself? All the way from Germany to the United States? Did that seem possible?

Somehow, the voice of reason broke its way through my frustration and reminded me that children likely travel with their mothers. And some of those mothers are being sent for by husbands who have gone on ahead to secure jobs and adequate housing in the new homeland.

If you are not familiar with researching Polish genealogy, you might not be aware that the women—at least in that time period—carried their husband’s (or father’s) surname with one small variation: the final “i” of a surname such as Laskowski would be changed to end in an “a.”

Thus, the name John might have traveled under—as a dependent of his mother, the reporting party—could have been Laskowska.

Of course, that is the logical answer. I was too impatient for that. Instead, I just plugged in a wildcard symbol—an asterisk—and did my second search that way.

The results came up with four possibilities:

All arrived in New York on February 16, 1889. Every one of the entries indicated a last place of residence in Żerków.

How could I not have realized this? Of course “John” would have been called by a more German version of that anglicized name. And Mary, his mother? It's possible she could have been known as Marianna in her homeland. Miczislaus would likely have been the son nicknamed Michko. And Sofie? Well, that was self-evident.

I clicked through on each of these hyperlinked surnames on the Castle Garden website to see if there was any additional information. There was one thing in particular I was wondering about: the ship Vilont.

Please join me in a good laugh over this one, as we consider how the Germans might have pronounced a name spelled W-i-e-l-a-n-d. 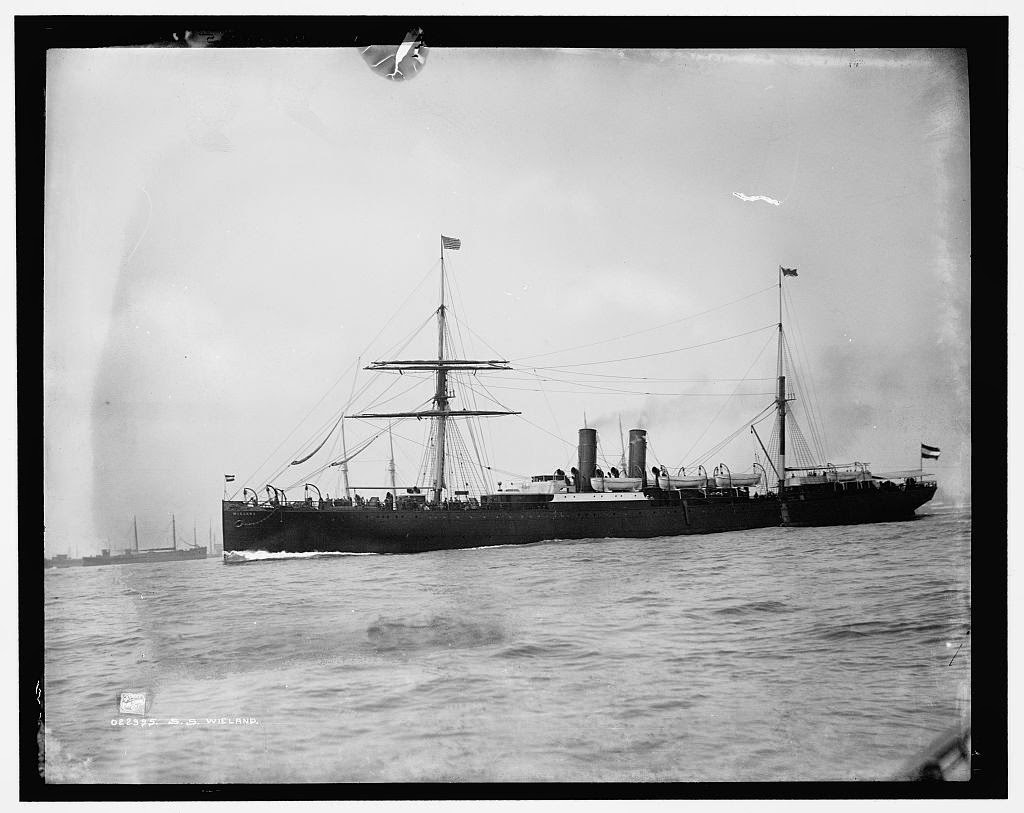