Postscript on Yesterday:
Ate My Words


Just when I finally come to the point of making a decision and moving on, wouldn't you know it but something redeeming happened to make me want to take back every sniveling word I've said this past week.

If the whole point of researching family history is to gain an accurate representation of your family's roots, and if that picture can only be gleaned via snapshots in time—a still life portrait of the family for the 1910 census, say, then nary a word about them for ten long years—one could say that this pursuit can become somewhat challenging.

If the whole point of this blog is to share the stories found along the way while engaging in this research process, when the going gets rough and, even while attempting to read between the lines, no stories materialize, one could say that source of inspiration, run dry, can choke off that flow of stories.

If the besetting sin of this writer is an inability to resist intuiting just what might have filled in the blanks in those in-between times spanning the gaps between census enumerations, we have just witnessed the concocting of an unfortunate brew.

My daughter talks about "empaths"—those sensitive people who can discern vibes emanating from others to which the average person is obtusely unaware. I wonder if, while speed-reading through generations of genealogical hints all in one swoop, I fall prey to that same sensitivity. It's a matter of reading between the lines—whether accurately or mistakenly—which leads to a sense of what family life might have been like for specific generations.

It was that same sensitivity which had made me jump to the conclusion that the Snider line I've been researching had such a depressing aura—the main reason I felt it was time to jump to a different research pursuit.

Of course, I spoke too soon.

While this pursuit hasn't turned up too many stories worth sharing—the very fuel that stokes my customary fervor to blog—it also leaves me without the details with which to compose posts. Face it, it would be rather tedious to simply read the blow by blow of my research day. There's a lot of ground that's covered before I reach turf worth writing home about.

That's why I decided to switch tracks the other day, and return to puzzling over my father's line. I'm hoping that will generate a few more stories worth sharing. And I promise I will proceed with that tomorrow.

In the meantime, it also left the impression that the line I had been working on was rife with all the problems we wish never to see a family have to endure.

Yesterday, thankfully, I ran across one redeeming glint of a different family vibe, both refreshing and encouraging. Ironically, the first clue came from those very Ancestry hint items which I most unmercifully mock: the family photos.

If you recall my derisive comments about yet again stumbling upon "Nana's Blue Room" and "Nana's Pink Room" when I was trying to clean out my umpteen-hundred hints on my trees at Ancestry, let me say in defense that those were usually nested within a family photo trove numbering upwards of fifty to sixty hints. Per individual. You can see why I'd get testy about that—especially considering they were more an amateur stab at House Beautiful than American Ancestors.

In the photo collection I came upon yesterday, it painted a picture of a family whose members evidently cared very much for each other. The candid poses captured in the photos shared told a story of a thousand words, and it was a relief to stumble upon the cache after seeing all the evidence of misfortune in the rest of the extended family.

While I don't know the family personally—this is a branch too far removed from ours to have been one we knew face to face—it was refreshing to encounter a family whose story on paper seemed uplifting in their care for each other.

Taking advantage of Ancestry's medium to share those photos, someone from that family used it as a vehicle to record remembrances of a generation now gone, inserting brief statements and stories about individuals in that family which gave a fuller sense of who they were, not just as statistics in a governmental document, but as real people.

That was an example of how one Ancestry subscriber maximized the utilities available to all of us as subscribers. Somehow, he or she had the touch to pull it off, not as the boring, bragging kitsch of an ancestry of materialism, but with the heartwarming sentiment of a large but close family bond. It was the kind of stranger's touch that evokes a "Wow, I want to get to know them" response.

I doubt I'll ever use the photo sharing features at Ancestry—and there are probably a number of other features at that site which will go under-utilized, too, I suspect—but it is refreshing to see someone put these tools to good use, and do it artfully, too.

As for my sense that I had stumbled upon a family whose lines were disintegrating with the ravages of the twentieth century's international upheaval, this was a refreshing wake up call. It helped me realize that some families somehow grasp the resilience to maintain their humanity, despite the turmoil swirling around them. It's refreshing to see that demonstrated, up close and personal. It makes me grateful, once again, to realize that knack of sensing a family's condition isn't always a bad thing.

Aren't you glad you know how to read the stories between the lines in those family trees? 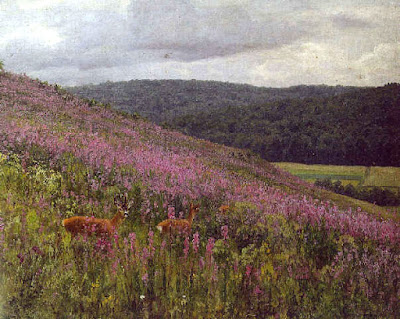 Email ThisBlogThis!Share to TwitterShare to FacebookShare to Pinterest
Labels: Reading Between the Lines, Snider