Not a Moment Too Soon


Timeliness is always appreciated when entering a new avenue of genealogical research. Since I am about to lead a special interest group meeting about genetic genealogy tonight, I was glad to see one special notification in my inbox last week: a notice from Family Tree DNA about their most recent updates.

In addition to increasing the size of their server room—and thus taking the system offline temporarily for site maintenance over the past weekend—FTDNA is implementing a new upgrade which they have dubbed their "Family Matching Tool."

One frustrating aspect of FTDNA's autosomal DNA test, the "Family Finder" test, is that while relationships are specified within a range—say, second to fourth cousin—there has been no way to indicate whether that was a connection on the test taker's paternal or maternal side. Oh, there was the rather clunky "In Common With" button that could be utilized, which helps somewhat—though only if you already had a known relative who also had tested at the same company. Even then, the process could be quite time consuming.

With this most recent change, FTDNA now flags those others who link with known relationships already identified—by not only your tree but by their DNA test—in your system.

Of course, everything new needs a time of adjustment, not only for the company hosting the change, but for the customers now having to mount yet another learning curve. Fortunately, FTDNA supports an in-house learning center, with description of the new feature already provided here, if you wish to check it out with a test drive of your own.

In addition, I can usually count on one of several genetic genealogy bloggers to provide further clarity, whenever there is an update. In this case, the honors went to Roberta Estes, who detailed the change on her blog, DNAeXplained, with last Thursday's post, "Family Tree DNA Introduces Phased Family Finder Matches."

As I launch a new batch of eager DNA test participants from our local society into the wide world of genetic genealogy, it's nice to include exposure to new tools such as this. Many of our group members have just started receiving their test results from Family Tree DNA. Once they upload their GEDCOM and set up their personal profile, they can begin exploring the new matches they are receiving—only in their case, they'll now have this new tool to speed up the sorting process.

The only caveat, of course, is that in order to sort the paternal from the maternal, this new system requires tests of near relatives. While this doesn't necessarily mean only your parents' tests—in which case, I'd be totally out of luck, having lost both parents years ago—it does require the relationship to be as close as, say, an aunt or uncle, or perhaps even a first cousin. And the name on the test needs to exactly match that of the relative in your tree. (As Roberta Estes mentioned discovering, labeling her mother's DNA test in her married name but using her maiden name in her family tree did not compute, and she had to align the two for the FTDNA mechanism to work.)

Even so, all the glitches will eventually be worked out and we'll all learn to manipulate the new tools to our benefit. I'm looking forward to taking this new feature through its paces—and definitely excited to introduce our group members to this new way of sorting through DNA matches. 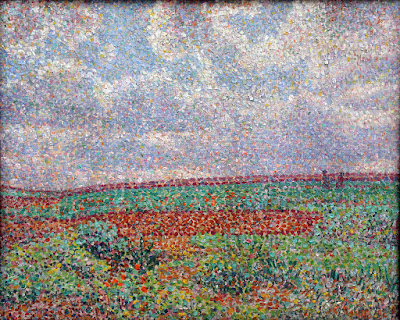