…I was disabled and had neither horse nor money to regain my command.

When examining the timeline and narrative of Charles Edward Broyles in his service to the Confederate Army during the Civil War, there are a few places where we need to stop and take a long, hard look between the lines of his narrative. I believe examining those unexplained blank spots will ultimately help us discern the reasons behind his abrupt move from his home in Dalton, Georgia, to the apparent second life he lived, once he arrived in Colorado territory.

Going back to the entries in Charles’ journal that I had mentioned yesterday, there were a couple sentences we need to look at another time.

The first one, above, mentions how the loss of his horse and money hampered him from returning to service in the Confederate army. While I can’t find any confirmation of this online—and if you are well versed in Civil War era military requirements, please add to the conversation in the comments below—there were apparently requirements beyond that of military skill or leadership qualities, in becoming a person of rank. I had seen hints of that when researching my second great grandfather, Charles’ younger brother Thomas, who had obtained a horse so he could serve in the cavalry rather than as a foot soldier in the infantry. The newly-formed Confederate government was apparently unable to provide mounts for these men; they had to obtain their own.

Again, though I haven’t been able to find confirmation of this, Charles’ journal entry seems to indicate that it was incumbent upon the officer himself to provide financial backing in order to “raise a regiment,” as Charles did along with Colonel Jesse A. Glenn of the 36th Georgia Infantry.

While I am not familiar with the aspects of achieving a rank of command in that era of military history, it seems Charles’ journal entries are implying such requirements. Because of his prior injury to his feet during his first tour of duty (as “a foot”), and also possibly because of his history of having had typhoid fever in his youth (“that so crippled my limbs”), his only possibility of continued service may well have been mounted upon a horse.

Then on its way to North Carolina I was paroled at Anderson Court House S. C. and in the fall of 1865 returned with my family to Dalton Ga.

The journal narrative here enters a murky phase in Charles’ description of his final days of service. He was “furloughed…on the 5th day of February 1865, on account of rheumatism” in Augusta, Georgia, yet not paroled until the unit reached “Anderson Court House S. C.” And while the war officially ended on April 9, 1865, with the surrender of General Robert E. Lee in Virginia, conclusions of hostilities were obtained more as a rolling date, as department after department of the fallen Confederacy yielded to the reality of their losses.

It is hard, from the overview of history, to determine exactly where Charles Broyles might have been during this range of surrender dates. He likely was still considered part of the armies of General Joseph E. Johnston and, due to the rolling dates of surrender even within these companies, may have been—since Charles mentions “on its way to North Carolina”—released as the company made its way to Greensboro by May 4, 1865.

Granted, it seems as if there is an unexplained gap between the date of surrender—wherever and whenever it was for Charles’ company—and his return to his home in Dalton, Georgia in “the fall of 1865.”

This, however, is another example of the gaps in narrative for which we’ve got to read between the lines. Notice he says “returned with my family to Dalton.” This brings up another question: while he was away from home, serving in the Confederate army, where was his family? By the start of the war, he and his wife, Lucy, had had five children. This is a difficult position in which to put a family of such size, especially considering the long absence of the family’s traditional breadwinner.

Not to mention, what about their safety while the Union army was ravaging a significant swath of land across the state of Georgia? We need to remember that neither Charles nor Lucy had close relatives in the area; both had been born and raised in South Carolina.

It is interesting to note that Charles was paroled at “Anderson Court House S. C.” A little geography lesson is in order here. If you remember, Charles’ childhood home was in a place in South Carolina that had once been called Pendleton District. The term “district,” if you follow a geo-political timeline, had been used alternately with that of “county” in South Carolina.

Up until 1826, the Pendleton District included a large area of land in upstate South Carolina which claimed as its county seat the town—logically—of Pendleton. However, in 1826, it was determined that the area needed to be subdivided, and two new districts were formed: one named Pickens, the other named Anderson. Because the town of Pendleton was considered to be too close to the border of the new Pickens District, a courthouse was established at the center of the new Anderson District—named, appropriately, Anderson Courthouse.

If you’ve been following the saga of Charles Broyles for the past several days, you are probably realizing that Anderson Courthouse was simply the new digs for the county seat of what once was considered the home district of the Broyles household. In other words, though the boundaries had changed, for Charles to head to Anderson Courthouse was for him to return to the area of his old family home.

Why would Charles return to South Carolina instead of his own home in Dalton, Georgia? It is likely that his wife and children rode out the turmoil of war, living either with Lucy’s own family in Barnwell or with Charles’ family in the old Pendleton District of South Carolina.

Keep in mind that the overarching purpose of exploring this line of my second great grandfather’s brother is to explore the possible network and connections that led my own ancestor to meet his bride, who was also a Georgia resident, at least before and after the war. The question of where these women and children went to avoid becoming casualties of battles—or at least to mitigate their suffering during the hardship of war times—may help lead us to explanations of how future familial connections were made. 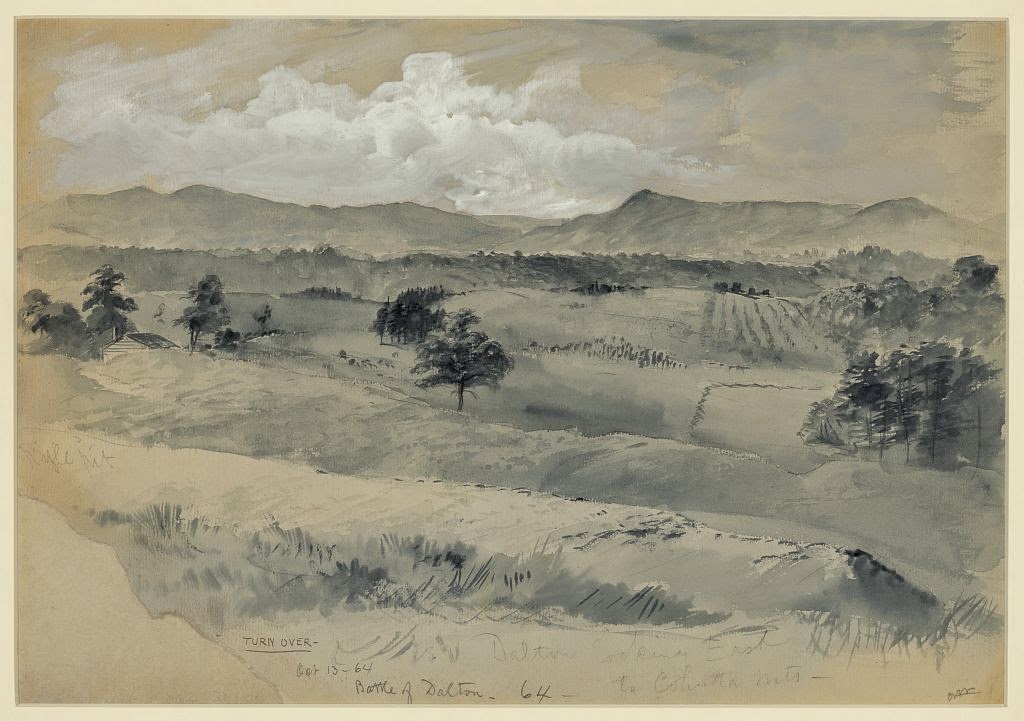