From Paper Trail to Reality

If you were to ask me, even as recently as last year, whether I saw myself ever returning to Europe, the answer would have been a definitive “no.” One trip—and that was years ago—had cured me of any romanticism over the magic of European destinations.

However, add the compelling detail of a family member moving there—albeit for a mere five months—and I began to see things differently.

Besides, there was this small matter of a compelling paper trail that convinced me it was possible to find tangible evidence of the exact place in their homeland where those Irish ancestors were last seen.

It all started with one find in the midst of a pile of Tully family mementos saved by my husband’s grandmother: a letter verifying her father’s baptism. The note pointed us to a parish called Ballina and Boher. 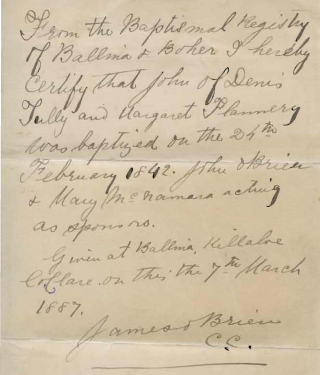 It took a while to rule out the other possibilities—there are, after all, two towns named Ballina in Ireland, neither of which is in the county from which the letter was issued (County Clare). Since there are very few ways to ascertain the family’s presence in any part of Ireland, moving from this first step of discovery to any further documentation was a challenge. These were people who were not well-educated, not career-oriented, not land-holding, not wealthy or notable in any other respect. Add to that handicap the problem of most census records during the family’s tenure in Ireland being destroyed, and the result means there were precious few ways to confirm much of anything about the Tully family in Ballina.

Perhaps it was a fluke—but a fortunate one—that the only way to track down the Tullys in County Tipperary (the location of their church parish Ballina) was to look to property records. And it was fortunate, indeed, that the Tullys had not yet left for Canada when Sir Richard John Griffith’s team had swept through the county, performing the property appraisal they had been tasked to do.

Reconciling the only map details I was able to find online from Griffith’s Valuation with those of more modern maps was a challenge, but that was exactly what we needed to do in order to locate the property at which the Tully family had once lived. Clicking on the map at askaboutireland.ie’s entry for our Denis Tully didn’t seem to help (although a different map at Ordnance Survey Ireland zeroed in on the area we were seeking).

Once we arrived in Ireland and drove to County Tipperary to seek advice locally, we got so much information and suggestions that, try as I might, I invariably neglected to write down the source for the map that led us to the location. I think it was the helpful staff at the North Tipperary Genealogy Centre in Nenagh that provided it. It was a map entitled “Ballina-Boher RC Parish”—with a note, “Copyright Nancy Murphy, 2004” so I won’t be able to share it here—that superimposed local roads upon a display of the townlands of the civil parish of Templeachally. There on the map, right where a stream crosses the road, the genealogist marked the spot where tenant Denis Tully had, back in the early 1850s, rented his plot of land on Tountinna.

I’ve already shared the experience of our white-knuckle drive up Tountinna, but if you’ve missed it, you can see it here—and no, that is not a private driveway; two-way traffic happens on that road.

When we arrived at what we thought might be the place, we snapped photographs of the likely location of that stream—the word “creek,” incidentally, was not a word understood by the local people we queried about its location—and contemplated what kind of life challenges faced the families tasked with extracting from this wild but beautiful land all that was needed to sustain life. And satisfy both the landlord and the tax collector.

When we looked around the property—best we could see from our tree-covered vantage point—there was no sign of any buildings. Yet before the Tully family abandoned their home on Tountinna, they and several others had been tenants of one lease-holder on a relatively small parcel of land. Now, beside the stream crossing under the road, nothing beside that one sign gave any clue of what life was like there, over one hundred sixty years before. 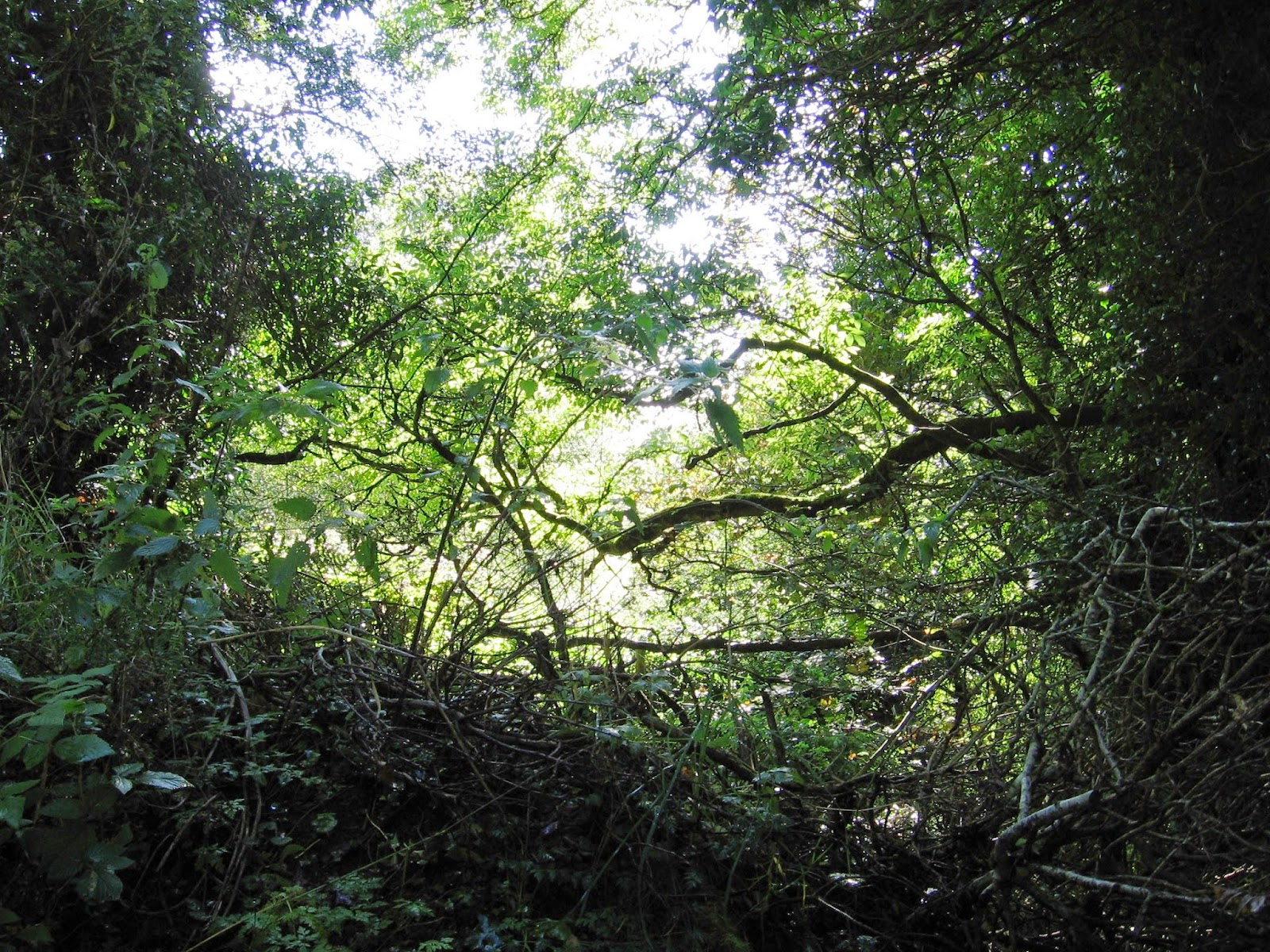 Photograph: All that can be seen of the former (possible) Tully property, from the road leading up Tountinna in northern County Tipperary, Ireland. Photograph courtesy Chris Stevens.
© Copyright 2011 – 2022 by Jacqi Stevens at 2:43:00 AM
Email ThisBlogThis!Share to TwitterShare to FacebookShare to Pinterest
Labels: County Tipperary, Ireland, Maps, Research Journeys, Tully