When we traveled to Ireland last month to visit the homeland of my husband’s ancestors, our first research task was to head to the village of Ballina. Location of the Catholic parish in which my husband’s great-grandfather John Tully was baptized—and, essentially, location of any overnight accommodations or eating establishments for the area—it made sense to set up our research base there.

Though the town and the Catholic parish there have a history stretching back for centuries—and though the buildings have an Old World air about them—there is a decidedly modern role Ballina plays as a town and as a vacation destination. Of course, visiting there in October, we had little opportunity to make use of the area’s delightful waterways or hiking trails. But we were there on a different mission. 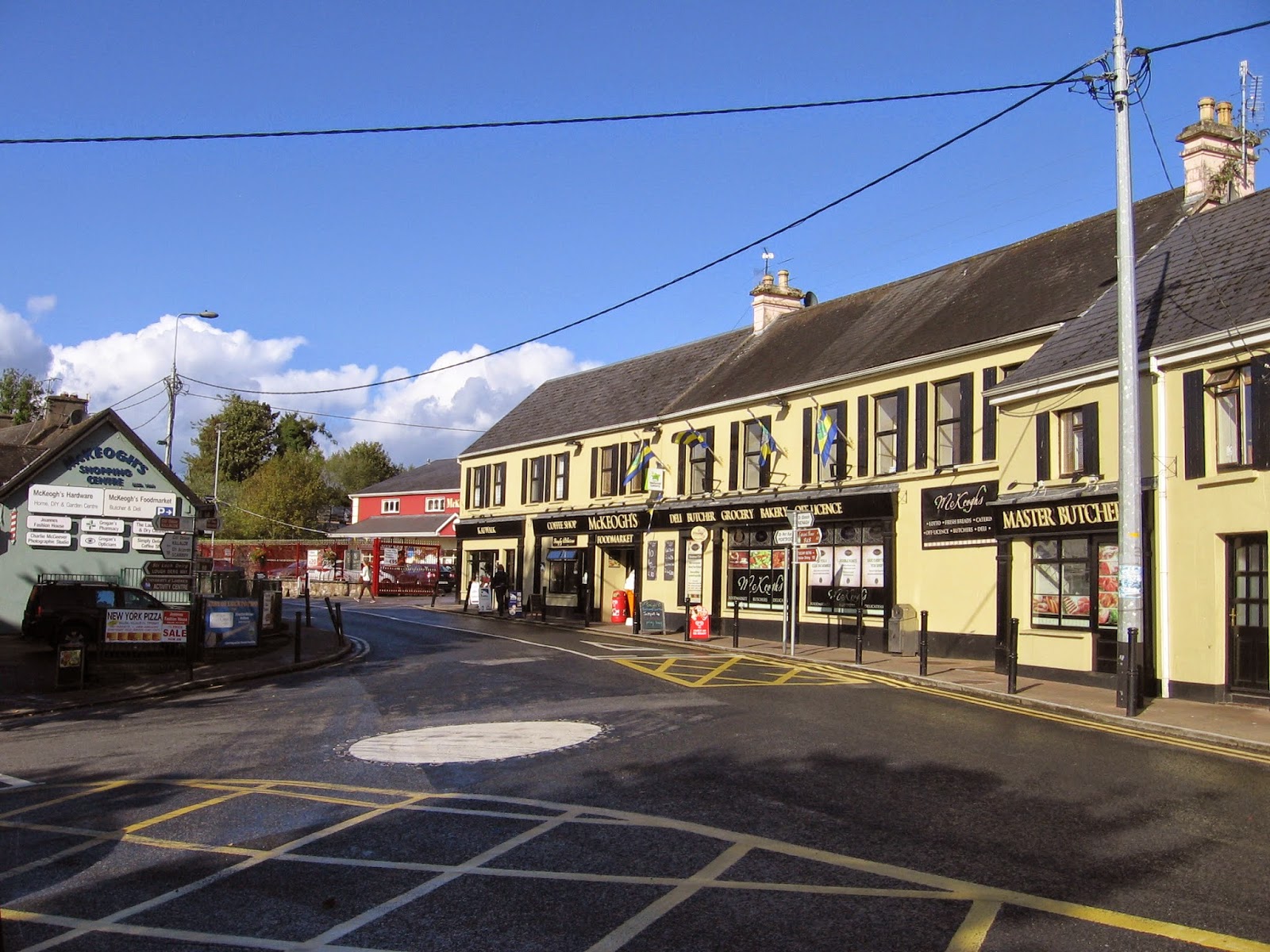 We did, however, need to make time to eat. We were surprised, once we arrived in Ballina, to discover how varied the restaurant fare was in this village of just under twenty five hundred residents. We decided, upon our evening arrival, to stick with traditional fare for our first meal in Ballina. One of those recently discovered possible cousins—this one a Flannery—had just emailed me, and suggested we try a place called Goosers. We certainly were pleased with the recommendation. As unlikely as it seemed to us, we found ourselves enjoying dinner at an Italian restaurant that weekend, as well. Hey, in this tiny place in Ireland, you can even find a New York pizza if you wish! 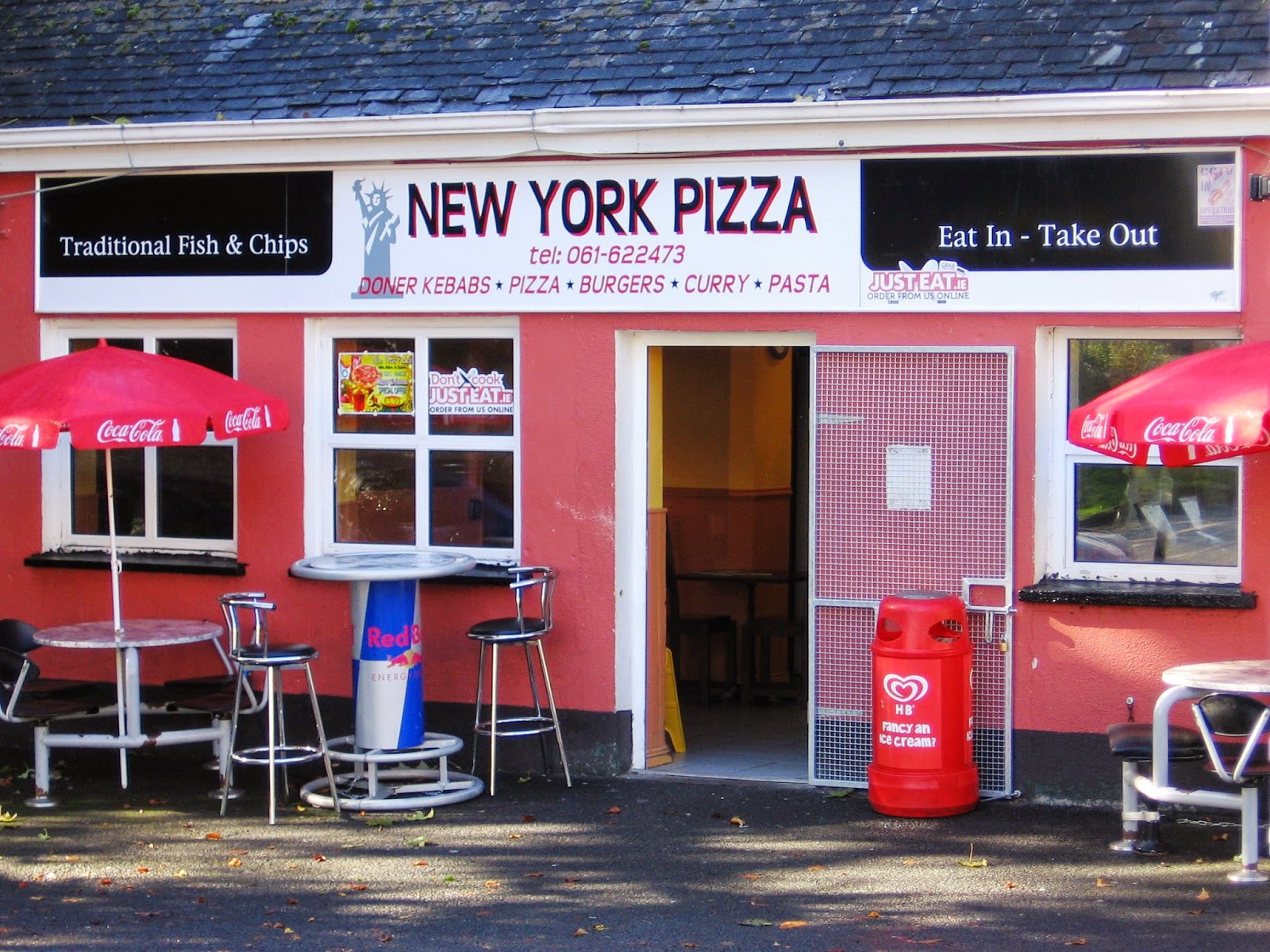 As for lodging, we were glad we opted to stay at a bed and breakfast. Though not the trendy antique-collectors’ haven most American tourists might imagine such a lodging to be, Irish bed and breakfast establishments provide one way to remove a layer of formality between foreign tourist and Irish resident. In our case, the proprietor of the charming B&B we stayed at in Ballina became our advocate in our quest to learn more about our ancestors. Our mission became her mission, and when she had the time, knew of a pertinent connection, or had the resources, she was most generous to share what she could with us. What hotel concierge would do the same?

Before we even got to walk the streets of Ballina—or its historic “twin town,” Killaloe, across the River Shannon in neighboring County Clare—I had wondered what type of people live there now, in contrast to those living there at the point in 1849 or 1850 when our Tully family left to start life anew in Canada West. I found this handy website which contrasted the demographics for Ballina and for the nation as a whole, from the last census in 2011. I don’t know about you, but I find compare-and-contrast graphics and readouts to be fascinating, so I scoured the data. Among the surprises that stood out to me:
·       Ballina has a higher percentage of non-Irish nationals than the nation, with the highest percentage of foreigners being Polish.
·       Ballina has a greater percentage, compared to the nation, of both “middle aged” parent types and young children through school age categories.
·       Professional, managerial and technical workers living in Ballina far exceeded the national average for these categories of employees.

Not surprisingly, the Ballina population seemed better educated, more healthy and certainly more connected to the Internet than the national average. A little over half the dwellings in the area were built within the past ten years—join the club; Ireland evidently had a housing boom of their own—and were likely the residences of those well-educated types who commuted, on average, half an hour by car to their place of employment.

The demographics gave me the picture of a tony riverfront hideaway in the hills just outside the city of Limerick, peopled by upper-middle-class couples seeking the kind of place everyone would love to raise their young children. Our host’s warning to avoid the traffic snarls across the bridge to Killaloe when school got out was gladly heeded. 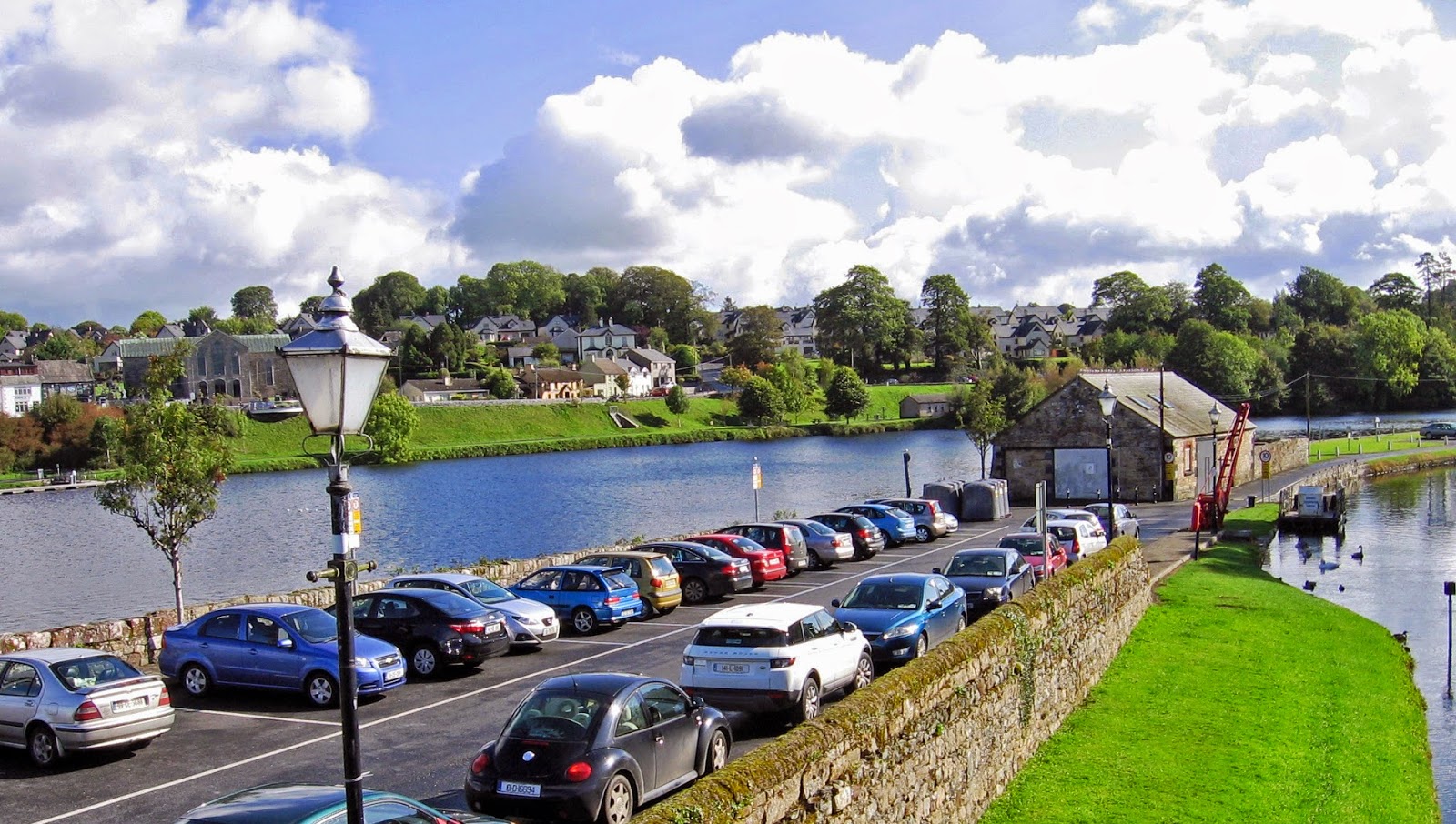 Though we did cross the bridge to Killaloe—sadly peering in the windows of the closed Brian Boru Heritage Centre, consoling ourselves at the Lough Derg coffee shop with a welcome cup of something warm during the inevitable downpours, and gladly traipsing through the cemetery at Saint Flannan’s when it wasn’t raining—our main task was to ascertain the exact location of the property which Denis and Margaret Flannery Tully left behind when they made their decision to move their family to a new home across the ocean.

That, we soon found out, meant a trip back across the Shannon and up the hill at Tountinna.