Waited ’Til the Last Moment

When taking a trip of a lifetime, everyone knows the planning starts in advance. Way in advance. For those of you following along here at A Family Tapestry, you know I’ve been at it diligently for quite some time. While I can say it’s been a push for the last several months, I’ve actually been aggregating records and notes and things-to-remember for years.

Now that I’ve come to the end of my research rope—at least the part that can handily be done from home—I thought it would be safe (to say nothing of prudent) to pull out all those old files and review those many notes.

One of the mental notes in that stash of to-do lists was to revisit the website of the Irish Family History Foundation. That has become the online presence of the parish church records, gravestone inscriptions, and even census records accumulated from each of the county genealogy centers throughout Ireland. Many of those records have been transcribed, and it is the transcriptions that are available for viewing—for a price—from the Foundation’s website.

I had known about this site for years. I can’t even remember how it was I first stumbled upon the site, but I can say it is vastly different now than it was then. At that point, anyone could freely make a search of the documents in their database and at least get a brief summary of the results found. Now, to access the material, the Foundation requires registration, which is at no cost, and once you find a potentially viable hit to your search parameters, payment up front before viewing even one record.

I remember, years ago, discussing with a fellow Tully researcher what we had found on the Foundation’s website. There were, as it turned out, several baptismal records on file in County Tipperary for children of one Denis Tully and wife Margaret Flannery. Working jointly, we had thought those records looked like potential keepers. I saved the emails exchanged with that other Tully researcher, intending to return and look into the records further. Some day.

Several months ago, once I began planning this Ireland research trip in earnest, I decided it would be just the time to review those records, and went back to retrace my research steps. I found that things had changed—mostly the requirement for registration and the pay-as-you-go fees—but I also found another disconcerting item: the terms of service.

Now, I am not an attorney, nor do I play one on TV, but it seemed to me the legal jargon in those terms of service was insinuating that the sharing of any portion of the website’s material in even as well-intentioned a manner as the fair-use concept familiar to academics of many disciplines was a grave violation of their rights. Not wanting to step on anyone’s digital toes, I decided not to register. Of course, that also meant I would not be saying—at least to my circle of genealogy friends—“Hey, check out this site; I heartily recommend it.”

Fast forward to this week. Suffice it to say I have reconsidered my self-defensive stance. I did go back and register to use the Foundation’s website. But not having the time to re-examine those myriad service restrictions, I won’t be free to tell you anything about what I found on their website.

Isn’t that just a killer?

If you feel as bound and gagged as I do, it’s understandable. Anyone writing for any academic journal would have had the liberty to at least quote a small portion of another researcher’s text, duly footnoted, and use it as a stepping stone upon which to bolster one’s own hypothesis. But apparently not here. Yes, they are certainly entitled to see their holdings as tokens of their national treasure. They are even well within their rights to charge for the privilege of gaining temporary access to those holdings. But to demand, in a researcher’s world, a vow of saying nothing violates the concept of fair use.

Because I already have other verification of the documentation I was seeking, I think I can safely say that, as for our Tully family in County Tipperary, I already knew all the pertinent details I was checking for confirmation. This was one of those cover-your-bases cases. You never know when something new will pop up and bust wide open those impossible brick wall roadblocks.

I guess, even in this wonderful age of free access to so much information—or, at least, reasonable charges for the organization and provision of accessibility and searchability—there are still some who are more vested in their own rights than in the service of a wider audience for the greater good. 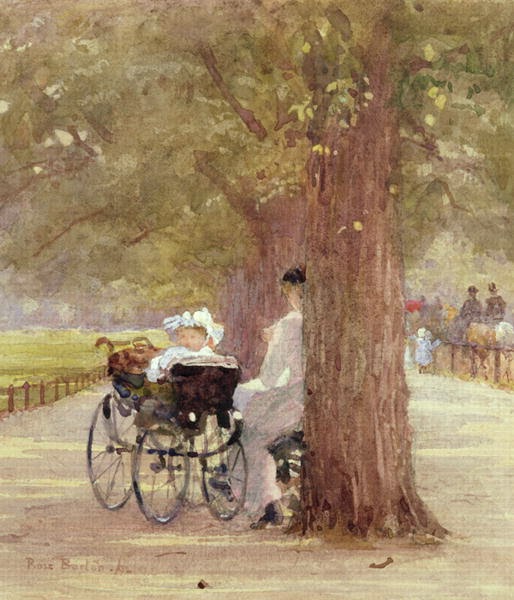