Well, we’ve got money on it, now: we’re headed to Ireland. Not that I needed this to make things official. There was no question about it, we were going. But it is nice to at least have paid for the tickets. Sometimes, those pesky details can be so insistent on immediate attention.

Now that we are beyond those formalities, I can attend to the other innumerable details clamoring for the intrepid traveler’s attention. How is it that I find myself keeping not one list, but several? There’s the housing, transportation and logistics list. But that is dependent on the itinerary list. Which is dependent on the local repositories’ schedule list. Which can’t possibly be completed before the surname research list reaches the peak of perfection. Which it won’t. Not, at least, before our late September departure.

Sometimes, I feel as if I am overseeing the management of a PERT chart, not the mere single-page listing of “Places to Go and Things to See.”

Of course, it doesn’t help when I get smitten by the Ooh Shiny Syndrome and wander around blogs promising the best advice in genealogical research travel—or forget that, just travel in general.

Like this blog I subscribe to, one about Irish archaeology, which just happened to put out this post on Irish Castles and Forts in Photos. Nice. I got lost in that one.

Not that any of my husband’s forebears grew up in Irish castles. But it wouldn’t hurt pulling off the road if our travel route happens to bring us by one.

Between now and take-off, rest assured I’ll be pulling the pertinent details together from all these lists—well, minus the shiny bunny trail wish lists—and combining them to craft a master list. As part of my participation in the Dublin research program at the end of our Ireland visit, I’ve been consulting with the professional genealogist hosting the event, gaining her assessment of what work may still be done before arriving in Dublin. My success in that area will help determine what remains on my pre-research travel itinerary. That is where visits to the local repositories—county libraries, archives, or local history centers—will come in handy. All those places will need to be contacted, available resources inquired about, and times of operation confirmed.

It sometimes seems like a full time job, just following up on all the possibilities. Sometimes, it seems like there is so much to pack into such a short time. Sometimes, I sink into this black hole of fear that maybe I’ll get there and find there is absolutely nothing to research. And I wonder, “What then?”

That’s when I tell myself: if only we walk the paths these ancestors likely walked—in towns we’ve found in those specific Irish counties I’ve listed—that will satisfy us. As genealogy fanatics, we are plagued with the addiction of always wanting more: just one more generation, just another name, just the rest of those vital statistics. That constant state of always wanting more simply translates into the feeling that what we already have is not enough. But it really is. This is a trip of a lifetime, and what we find when we get there will be more than we’ve ever had before.

When I think of it that way, it helps me become the sort of grateful that makes a trip like this all worthwhile. Even if I find nothing when I’m there. 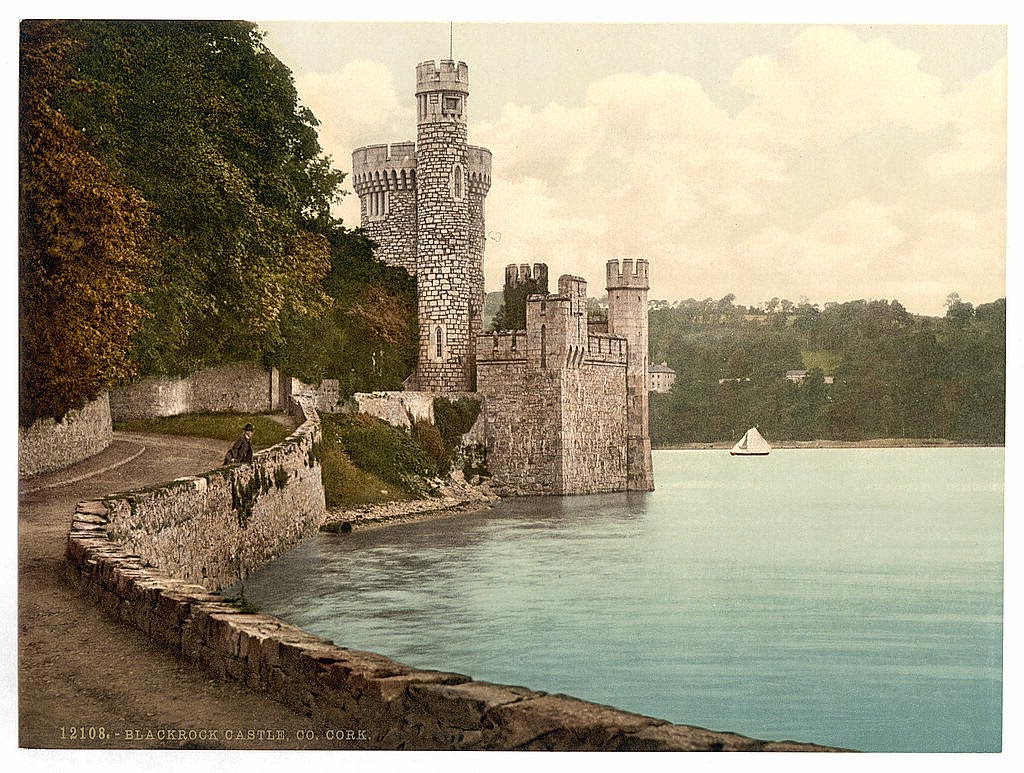 Above: Photograph of Blackrock Castle in County Cork, Ireland, circa 1895; originally appearing in a catalog printed by the Detroit Publishing Company in 1905; courtesy United States Library of Congress; in the public domain.