Not the Joining Type?


Because I'm involved with the board of a local genealogical society, I'm concerned with something I've noticed while attending conferences and other meetings. It seems the loyal core of followers always stays with the organization—year after year after year—but where are the new members? That throng of supposed enthusiastic new participants is underwhelming. Perhaps near invisible. As we march on, year after year, in our local associations, who is joining us to take the place of those who've gone before?

I find a paradox in the world of genealogy. On the one hand, we have people who delight in finding a sympathetic ear, understanding of the trials and tribulations of the dedicated family historian—those folks who know not everyone can abide the tedium of our genealogical recitations quite the way we do. Those are the people whom you'd expect to want to gather together with like-minded enthusiasts.

On the other hand, those who thrive on the thrill of the hunt seem to be lone operators, preferring to do their work in silent solitude. Bowl of ice cream in hand, they shuffle off to their computers in their bunny slippers and PJs and slog through the endless digital pages of census enumerations or, worse, illegible baptismal records in hopes of finding that one clue long before the sun rises.

Concerning, too, are those grumbling voices declaring the diminishing propensity of younger generations to join—to join anything, not just genealogical societies.

And so, that leaves us, aging off the playing field, taking the know-how, the research discipline, and the sheer volume of dots-already-connected finished product out into eternity with us. If we care to fight that trend, the battle begins to draw up on lines looking much like Dinosaurs versus Free Spirits. That doesn't seem much like a win-able fight.

Framing the debate along those lines misses one important observation, of course. But before getting to that, we need to examine the claim that younger generations—and perhaps our era of time in general—do not lend themselves to the habit of joining groups.

That claim was amplified with the publication of a book several years back, Bowling Alone. The premise of that book was that, since back in the 1950s, "social capital"—mostly in the form of organized civic involvement—has been on a steady decline. Since the book's publication seventeen years ago, rapid technological development has combined with personal tendencies to yield us a culture in which it is much easier to stay "connected" while not budging from the couches on which we've been parked in the privacy of our own homes.

Just thinking this out makes it seem logical that the younger generations would not be likely to go out and join organizations, without considering how—or, more importantly, why—such demographic sectors would even want to become part of our group. And so, we write off those younger segments as "not the joining type"—or toss some lip service to excuses like, "Of course they couldn't attend our meetings; they have to work during the daytime."

There are some genealogical societies which are willing to go beyond these blanket assumptions, thankfully. At the most recent Southern California Genealogical Society Jamboree, a number of young professionals conducted a panel discussion on how to make our societies more open and welcoming to newer generations of family history enthusiasts. We need to delve into this topic further. It is helpful to all of us when we share what's worked for our organizations and our regional efforts.

But that—putting out the welcome mat for the twenty- and thirty-somethings—is not where we should culminate our efforts. Tomorrow, I'd like to follow up on this discussion by taking a look at one other aspect we may be missing. 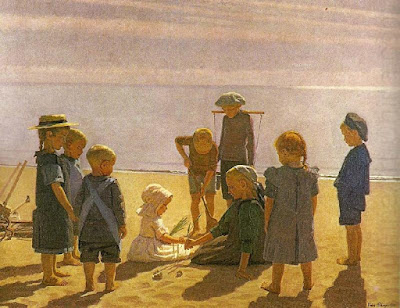