Checking in With the Dinosaur


Every now and then, I have to do it: fire up my old desktop computer, the one still running clunky old Windows XP, the one carrying the precious cargo of my original family tree efforts dating over twenty years back.

This time, the reason I had to do it had nothing to do with genealogy. I had to access some old files which I apparently had never transferred over to the new, sleek and shiny computer. I think we were looking for a receipt with a code number we needed for our business. Talk about awkward.

Once it was fired up, though, I couldn't just shut it back down again. Wouldn't want to waste the opportunity to harvest a few more names and dates from that monstrosity of a family tree. So I spent the day, working on my mother-in-law's Flowers line until it was all transferred. Then I took a look at another of her major lines—Snider in Ohio, Snyder for those of the clan who moved west to Iowa and then Minnesota—and started the process all over again.

The point to all this is to reconcile those old records gathered, for the most part, in that pre-Internet era for genealogical research—a time when dial up for Ancestry.com almost made the research process a farce, except considering the six to eight weeks threat of having to wait for snail mail verification.

So, now that all the old data has been entered into the new system—well, at least all the descendants on the Flowers line—my next step has been to return to Ancestry and look for documents and hints. That's when the data really gets worked over. And for good cause, too. Not only was there a lot of work yet to be done on that old database, but so many digitized documents have become available since then. Many of the lines I had followed, back when I was using that old computer, had to be left off at the time of the 1880 census, because back then, that was all that could be accessed on FamilySearch. Just think how many generations of descendants since then I'm now able to trace.

That, basically, has been my research marching orders for the last two weeks, and the numbers reflect that spurt of activity. In my mother-in-law's tree, I now have 12,147 names, an increase over the last two weeks of 318 people. I get an eerie feeling when I realize that that was the exact same amount—318 people—I had increased the data in the previous two week period. I promise I didn't plan this.

In comparison, on my own mother's tree—where I did try to put in a lot of work, honest!—the count is now 10,819, an increase of 260 names. I'm trying to focus there on entire branches of her tree which hadn't been updated in a while, and fortunately, I've been harvesting loads of material to add to those lines—particularly our McClellan line in Florida.

There's even been a bit of work on our family's two paternal lines, though admittedly, it is a much slower process, owing to the roadblocks I can't seem to overcome. For my father-in-law's Irish line, I'm now at 1,261 names. Admittedly, that's a meager thirteen name increase over the past two weeks, but at least it's something. Credit for this progress goes mostly to the newer digitized documents added at Ancestry.com regarding descendants of auxiliary lines from our Tully roots.

And even in my own father's line—the son of the mystery man who just showed up in New York City and claimed he was an orphan—I was able to add a few names. There, the count is currently at 422, thanks to the slow and tedious addition of twelve more family members. But, hey: progress is progress, especially when it is hard earned.

As far as all our DNA matches at the various testing companies we've utilized, I'm beginning to wish for another sale. Sales always seem to pump the numbers gratifyingly, although that comes with the patience of having to wait the six to eight weeks for those tests to be processed. I'm certainly looking forward to that Father's Day Sale bulge to make it through the work flow pipeline.

Right now, my husband's DNA matches stand at 1,442 at Family Tree DNA, 304 at AncestryDNA, and 1,244 at 23andMe. Strangely, that means he hasn't gotten any new matches at FTDNA in ten days and only nine before that point, that his Ancestry count is up by only six matches, and in the ever-strange retrograde world of 23andMe, his count decreased, once again, by twelve matches. I guess he's been disinherited.

My own DNA matches have fared slightly better. At FTDNA, I have 2,207. Ancestry has me at 654. And 23andMe shows 1,194. That means an increase of twenty one at FTDNA and nineteen at AncestryDNA. And not to go against the flow, I managed to lose a few matches at 23andMe, as well—four.

Though the number of matches may seem gratifying, the connections are still mostly lost upon me. I did manage to confirm one match with a fellow 23andMe customer and I'm still trying to figure out a match at FTDNA. In the meantime, thanks to manipulating the data at GedMatch, my eyes were opened to the possibility that a group of matches I have at AncestryDNA may actually be through my father's line, not my mother's line, where I had been trying unsuccessfully to force the data to fit. I still need to connect with that researcher, and it will take a lot of explaining to state my case, given my father's difficult tree.

One last task on the DNA side of things is to document a discovery made, thanks to the mitochondrial DNA test I had taken at FTDNA. Finally...finally, I received an exact match to this matrilineal test, which was encouraging, because that is the line with a case of unproven parentage. I've made several inferences based on circumstantial details, and of course, I think I'm right in how I reconstructed that matriline. But it certainly helps to have the science to back up my assumptions. Now, on to polish up that proof argument.

And so, another two weeks of work under the belt. Bit by bit, I keep telling myself. And it does make a difference, even if most weeks progress much slower than this one, begun by firing up my old dinosaur computer. Opening up that old treasure trove certainly did help to jump start my progress for this cycle. 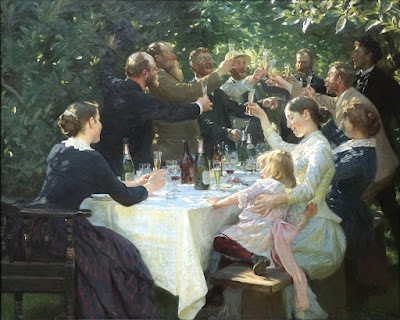