The Lightning Speed of Social Media


Like money burning a hole in my pocket, the mystery photograph album I found in a northern California antique store has been yearning to be set free and sent back home. You may recall that, just the other day, I decided to do something about that. After all, I've had that album for at least two years, and have blogged extensively on it for two months—without a nibble of inquiry.

So, I put out the plea for genealogically-minded friends and family to help me spread the word. I want to see that album returned to family, even if that family is still back in County Cork, Ireland.

I posted on Facebook, asking people to share the post with their own network. A few of my friends and family members—ironically, only the ones who haven't been smitten by the genealogy bug—were kind enough to oblige.

I put up some tweets on Twitter—strategically posted throughout the day, especially during times in which Irish readers might be online—but heard not a peep from the few retweets I was able to glean.

Perhaps switching tactics might do the trick, I thought, and went looking for logical places to seek aid in this search. Realizing that the entire genealogical world has shifted from utilizing the old forum settings of the 1990s (even if they are still hosted at Ancestry.com), I started looking at the social site genealogists now call home: Facebook. There, as Gail Dever of Genealogy a la Carte has often pointed out, there are thousands of Facebook groups dedicated to pondering local genealogy questions.

Of course, one of those groups was located in County Cork. Perfect. That's exactly where our Hawkes and Reid families once lived. The goal now was to try and connect with a descendant of that family.

I requested admittance to the closed Facebook group on Saint Patrick's Day and sent my rather long-winded query. By early afternoon the next day, I was receiving all sorts of hints and direction about what could be found on the family from the Irish side of the research equation.

Long story short: I now have a name and a possible address. Next step: take in a deep breath and reach out to see if I can connect. Hopefully, the answer will be yes, and that little unassuming family photograph album will soon be finding its way back home. 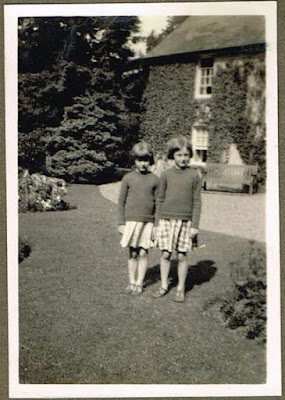