Now Indexing:
Adding to the Collection


For every ancestor whose descendants claim, "My surname got changed at Ellis Island," there is likely a naturalization document showing just the way it really was, back in 1901 or 1893. And the more of those other records we can get online, the better it will be for all of us who are seeking the real truth of the matter.

Last night, during one of my regular indexing sessions, I had the opportunity to add to those digitized records by transcribing the pertinent data so that it can be searchable by computer. I had elected to index some records from the collection at FamilySearch.org called Illinois Naturalization Records, 1837 to 1988.

Thankfully, the dates that came up on my batch of ten records happened to fall within the relatively recent time period of 1936 through 1939. That meant, rather than have to squint and slog through chicken scratch handwriting or ambiguous entries, I got to transcribe forms that were almost all typewritten—a welcome change, believe me.

In addition, though the indexing process required me to extract specific elements from the various naturalization forms in the collection, I could easily see that there was a wealth of additional information included on those forms. I could just imagine a descendant, searching through this collection, ecstatic at the surprise of "stumbling" upon more information than originally hoped for, all because of taking the time to click through to the original image, rather than just gleaning the few facts included in the indexed portion.

Many of the records I indexed were from East Saint Louis. The ethnic origins ranged from Spain to Turkey, including displaced Armenians. Because of the time period, I also encountered the after-effect of that awkward span of U.S. history when American women who married immigrants here suddenly lost their citizenship in their own land—and after the change in laws, actually had to apply to once again become an American citizen.

While I admit I do more than my fair share of grumbling about indexing those more difficult to read documents, this round of indexing went through like a breeze. In fact, I was able to double up on the amount I usually do, thanks to the ease of handling this collection.

More important than my own comfort with the process is the fact that somewhere, eventually, someone will find any one of those documents, realize it is an ancestor's record, and find enough information to help them break through a brick wall, learn a wife's name, or discover a birth city in the family's land of origin. And I'm all for spreading cheer like that. 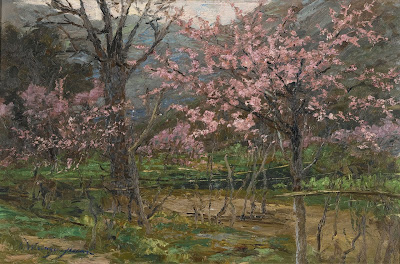 © Copyright 2011 – 2022 by Jacqi Stevens at 2:55:00 AM
Email ThisBlogThis!Share to TwitterShare to FacebookShare to Pinterest
Labels: Indexing