Read it in the Paper


While many who pursue their genealogy like to focus on their direct line—chasing names, dates and places in quick succession through the generations—there are some of us who would like to get to know those ancestors a bit more, first. The best way I know to do this is to find mention of them in their local newspaper.

Take Joan Spinks Melton, my fifth cousin from our common Tilson ancestor's line of descent. I wouldn't have learned anything about her story, if it hadn't been for her father's curious name and the hunch that, putting it into a search engine, I'd stumble upon a wealth of material. It certainly wasn't from birth, marriage or death records—or any other dreary government documents—that I learned of her dream-of-a-lifetime experiences. It was only thanks to the archives of her local newspaper that I learned of her story.

Admittedly, for those willing to spring for subscriptions, there are many resources through which to sift the data and find the gold. Ancestry.com itself has a limited collection of newspapers, yet spun off a subsidiary which houses a much better offering—Newspapers.com. NewspaperArchive.com and GenealogyBank offer alternative resources. I've even subscribed to Fold3 specifically for the newspapers I could access from their collection which I could not find anywhere else.

But "show me the money" doesn't have to be the prerequisite for finding mention of your ancestors in their hometown newspaper. There is an abundance of free resources which—if you are fortunate to pursue a newspaper which has been digitized and are searching for one of the years accessible in their collection—can put you in touch with a wealth of detail on your ancestors' hometown, their friends and neighbors, and, possibly, even some juicy tidbits about your own family.

It all comes down to knowing where to find these freebies. Most everyone is familiar with the U.S. Library of Congress' Chronicling America program. But what if your family's newspaper wasn't included in that collection? Surprise: there are many other free resources, as well.

One of my favorite resources is the quirky Old Fulton New York Postcards. Don't let that title fool you; this site has morphed into a wonderful collection from not only eastern United States publications, but several Canadian papers, as well.

To search titles the world over, many head to Elephind, which boasts access to thousands of titles. If you prefer to narrow your scope to a specific state, you may find digitization projects have captured titles there, as well—such as the California Digital Newspaper Collection. Wishing I could find a similar resource while researching family in another state, on a hunch, I once Googled the phrase "digital newspaper collection" and added "Illinois," the state in which I currently was interested. Surprise, there is such a thing: Illinois Digital Newspaper Collections.

That tactic won't work for every state, of course, but it's worth a try. For those who don't like the hunt-and-peck method, though, rest assured there are several lists out there which will help you find just the paper you are looking for—if it is out there to be found, at all. There are several places to locate such lists. It will be no surprise to learn that Wikipedia has one. So does FamilySearch, in their wiki.

My favorite resource, by far, is one offered by a fellow blogger: Kenneth R. Marks, author behind The Ancestor Hunt, a phenomenal headquarters for everything you'd ever want to know about researching your ancestors via newspaper articles. He offers how-to lessons and webinars for those unsure of how to start. But the big plus to his site is his comprehensive listing of available online resources for historic newspaper collections.

All that to say: if it hadn't been for taking the name "Spinks Melton" for a twirl in the search engine for one of my go-to newspaper archive resources, the young beauty pageant contestant Joan Spinks Melton would have been just a name with accompanying birth date and hometown in my genealogical database.

And her "overnight success" that Saturday evening of July 28, 1956? It was the front page of the Greensboro Daily News the following Monday which revealed all the hard work leading up to her victorious performance just a few evenings before.

It was the newspaper which told me Joan had been taking music lessons since she was three years of age, and that she gave her first recital when she was seven. Credit the newspaper for the information that, after her initial appearance with the North Carolina Symphony when she was eight, she was their soloist two more times in subsequent years. It was the newspaper which divulged the fact that, in high school and college, she practiced so many hours daily that she sometimes didn't even stop to eat lunch.

Grades, awards, even quotes from professors—all these add color to the biography of family members you might not ever have met. Granted, Joan's story was exceptional, but I've run into paragraph-sized insertions in hometown newspapers detailing such minutiae as who had what for Sunday dinner—and who their out of town guests were for the occasion.

As for this "dark horse" winner of the 1956 Miss North Carolina pageant, there certainly were several pages of multi-column coverage over the course of her quest for the title of Miss America to paint a detailed portrait of this one distant relative—a story I would never have known, had it not been for that chance decision to do a search through those newspaper archives to see what I could find. 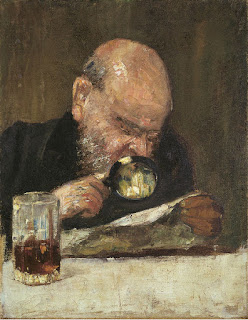