When it comes to looking closely at ancestors’ personal stories, some may be quite ordinary, while others never cease to amaze. As for Charles Edward Broyles, my second-great grandfather’s older brother, I think we can safely conclude that his was a story bordering on the amazing. From his early success at his study of law, his unexpected success in agriculture, his prowess in local government, and certainly his escapades during the Civil War all contribute to a full life.

That, however, was only the first part of his life’s story for, as we’ve already discovered, it was as if the man led two lives: one with his seemingly perfect wife, Lucy Ann Johnson Broyles, and the other after his abrupt exit from his hometown of Dalton, Georgia, in 1875.

When Charles arrived in Colorado—his destination after concluding he was no longer welcome in Dalton—he found a new life as attorney and registrar for the Del Norte agency of the General Land Office. After his wife’s passing, we see he also found a new love in the person of Nellie Armstrong, the frontier town’s young schoolteacher. Charles happened to be thirty five years her senior—not to mention, already the father of five children older than she—but that did not keep them from marrying on May 7, 1884.

According to a brief journal that Charles left—during an episode in which he thought he was about to lose his own life—he apparently knew what he was after, in terms of land and fortune, when he settled in the southern portion of the newly established state of Colorado. He mentioned trying his hand at mining—unsuccessfully—and then investing in the prospecting of others. But the one thing he seemed focused on the most was the acquisition of land:

I was anxious to make a property before going back…

Back in Georgia, Charles likely had originally been owner of a large property. As I’ve studied references to the man, I’ve seen mentions of the “plantation” he lost, either during or just after the Civil War. Perhaps he wanted to somehow regain those glory days, and acquiring land—no matter how arid or God-forsaken it might have appeared—was the way he was going to do it.

Though Charles settled on the edge of civilization in his new start in life, he apparently found the hub where the land trading was happening. While I can find evidence that Charles obtained a homestead of his own in Conejos County, Colorado—pursuant to the Homestead Act of 1862—I’ve also found, through statements by his descendants, that he, himself, served as registrar for the Del Norte land office, the very place where he had secured his own property claim.

That position, however, apparently did not come without its own risks—at least, if we are to believe the scenario portrayed in Charles’ journal. Before we revisit that section of his brief memoirs, though, we’ll need to take a look at the family that was raised up to call him “Father” in this new hometown in Colorado. 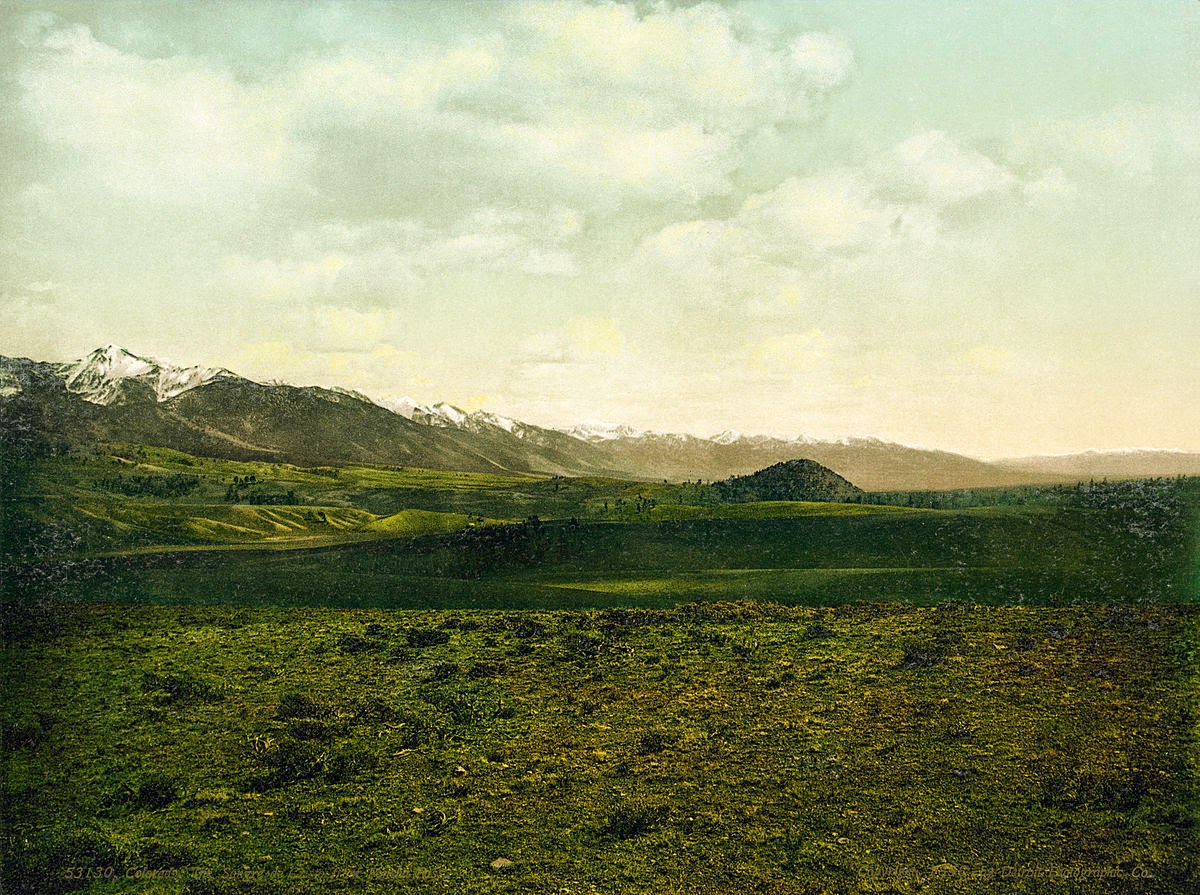 Above: An 1898 photochrom print of the Sangre de Cristo Range at Poncha Pass, by the Detroit Photographic Company, provides an idea of the landscape viewed in the area in which Charles Edward Broyles settled in Colorado; courtesy United States Library of Congress via Wikipedia; in the public domain.
© Copyright 2011 – 2022 by Jacqi Stevens at 2:47:00 AM
Email ThisBlogThis!Share to TwitterShare to FacebookShare to Pinterest
Labels: Broyles, Colorado, Property Records