Members of his second family have always been interested in his first family. We have wondered why none of them came to be with the Colonel.

Descendants of Charles Edward Broyles’ second family in Colorado may have expressed puzzlement in mentioning “why none of them came to be with the Colonel,” as one post to a genealogy forum revealed nearly fifteen years ago.

That, however, may not have been how the original scenario unfolded.

Not long after Charles abruptly left his home and family in Dalton, Georgia—on March 22, 1875, by his own reckoning in his journal—a brief item appeared in The Daily Constitution, an Atlanta newspaper. Dated April 13, 1876—barely a year after Charles left Georgia—the page four column labeled “Summary of State News” had this to say from Dalton:

That “C. E.,” incidentally, would be Charles Edward Broyles’ first son by that name—the one born in 1850 to Charles’ first wife, Lucy. That would also likely have been one of the sons whom Charles had complained about going “back to railroading” when he had tried to set them up in business. Perhaps this son’s railroad work was the very vehicle enabling him to travel out west to visit his father, now so far away in Colorado.

While the younger Charles eventually returned to Georgia—he was back in Dalton by the time of the 1880 census—it appears he was not the only one of his siblings to head west to visit his dad. Missing from that same 1880 census in Georgia was the elder Charles’ second son, Joseph Frank Broyles. Whether his sole purpose in heading to Colorado was to visit his father, “J. Frank” stayed in Colorado long enough to meet and marry Eleanora Kennern in 1883. By the time of the 1900 census, Frank and his wife were settled in Scofield, Utah, where he continued to work for the railroad as a locomotive engineer.

Whether the other sons—Robert, Price, or John—left Georgia to go see their father in Colorado is difficult to determine from census records alone. It will take some closer examination of their life stories to check for that, which we’ll begin to take up tomorrow. Still, to say that no one followed the elder Charles Broyles westward, or ever saw him again, is an inaccurate representation. Whether to visit briefly in the western state or to choose to stay in the region for a lifetime, at least two of Charles’ children from his first marriage made the attempt to reconnect with their father within the first few years after he left home. 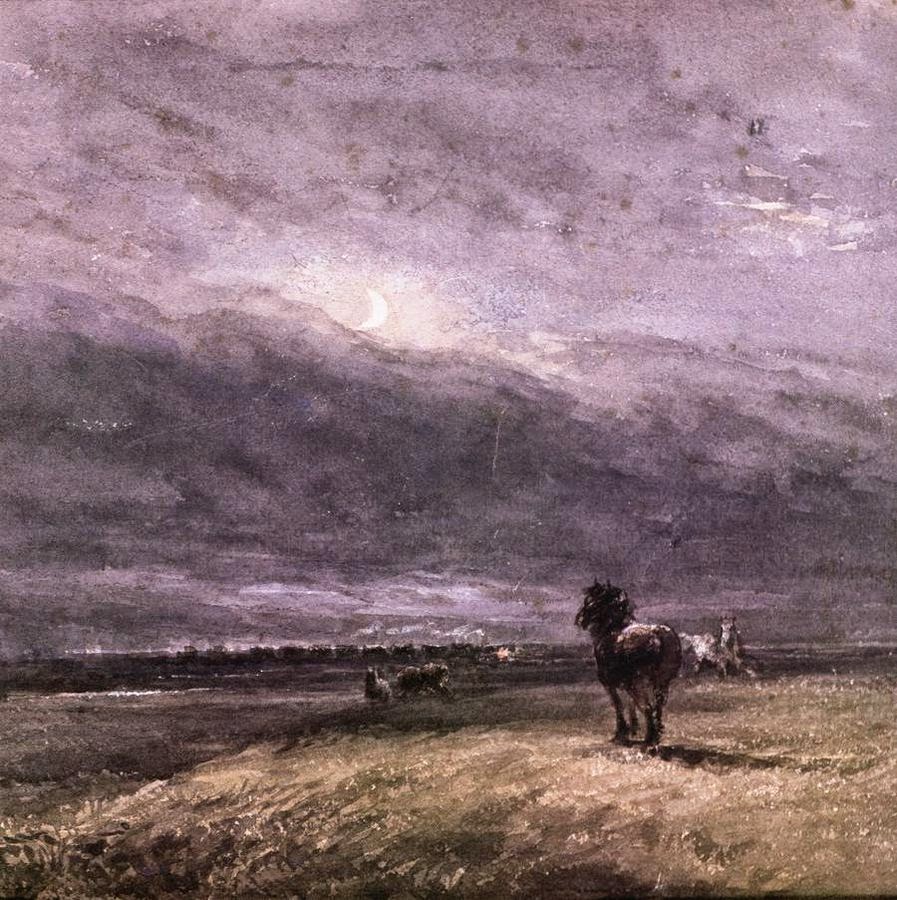 Above: 1849 watercolor, "The Night Train," by British landscape painter, David Cox; courtesy Wikipedia; in the public domain.
© Copyright 2011 – 2022 by Jacqi Stevens at 2:48:00 AM
Email ThisBlogThis!Share to TwitterShare to FacebookShare to Pinterest
Labels: Broyles, Colorado, Georgia, On the Move