Perhaps it is the protracted struggle to find that specific detail which just refuses to be found. Perhaps it is the effort. Perhaps it is merely the passing of time—lots of time—yielding nonetheless no results. Whatever the cause of the tension, once the obstacle breaks loose, it sometimes brings with it a flood of emotion.

After putting the Wednesday post to bed for the night, I couldn’t shake loose of the title I had given it: Where’s William? My mind kept wondering, so I supposed one more peek wouldn’t hurt. After all, there wouldn’t be anything to show for yet another attempt. I already knew that.

I pulled up FamilySearch.org and set my parameters, stubbornly deciding to include the year of birth matching that of his mother’s death: 1858. I knew there were several documents asserting that the date of William’s birth was really 1860, so I compromised and entered a date range that would capture both. After all, you know how it is with those Irish: the older they get, the younger they look on paper, until they get so young, they die—then when they can't deny it any longer, they get pinned with an age that’s really old.

I played around with the search parameters a bit. I also wanted to insert the surname Kelly—or Kelley, as some cemetery records had listed William’s mother and her plot-mates. It was my hunch that, if not some kind souls in their church, it was relatives who took in those three motherless boys after Catherine Kelly Stevens’ death.

But who? I didn’t know of any siblings Catherine might have had. All I knew was that she was buried with a Kelley named James, and another named Mary. I presumed they were her parents, but try as I might to find passenger records with a grouping of those three names, I failed. Nor could I find them in the 1850 census, the last census for which Catherine would have been included.

Looking for a Stevens sibling proved fruitless, too. While I did find a Declaration of Intent filed almost exactly one year after John Stevens filed his—attributed to a Hugh Stevens who followed the exact same route through New Orleans that John had taken—I could not find that name in any records in the Tippecanoe County area any time after the 1850s date in which he signed it.

So, late that night, I promised myself just one more “quick” look to see if I could find anything.

You know what happened.

Even narrowing the search terms, I was faced with the prospect of going, page by page through the results, in hopes of finding just the right William Stevens. 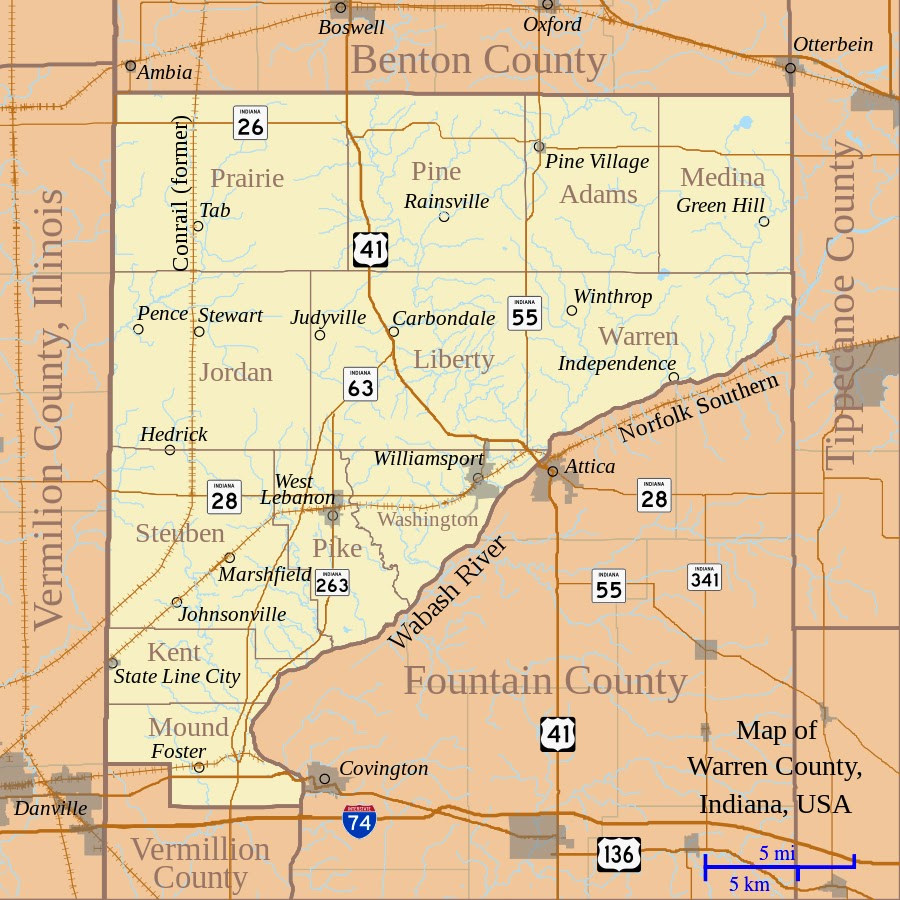 Narrowing the document results to 1860, I did locate one possibility. A two year old boy named William Stevens showed up—not in Tippecanoe County, as I had expected, but in the John Quincy Adams Township of a neighboring county, Warren County. Just over the Wabash River from Lafayette, where John and Catherine Stevens had lived in the mid 1850s, Pine Village in “J. Q. Adams” Township was a straight shot down the road a piece. Like, oh, twenty two miles.

What caught my breath was not the fact that William Stevens was in the household of Mathew Kelley, but that he wasn’t the only Stevens in the household. There, along with him in that 1860 document, was a five year old James Stevens and a four year old John Stevens. Perfectly spaced to match, exactly, the ages of our missing three Stevens children.

And, oh: besides the listing for Mathew, Rose, Thomas and Ann Kelley, there was an older woman, seventy years of age, in the household. Her name was Mary Kelley.

Despite the late hour, I know it wasn’t the exhaustion of the day that lit upon me at that moment. There are just some times—sublime moments—which breathe upon you an inexplicable desire to tremble…or cry…or just stare unblinking at the simple report facing you.

It wasn’t my imagination. Seemingly on the same wavelength, Iggy found the entry, too. He emailed me with the link the next morning—his found courtesy of Ancestry.com. It was so gratifying to look at the digitized version of the actual document, to see it with my own eyes.

Still, that long-sought find brought with it more questions. What if this was just a coincidental matching of some fairly common names? Would it be likely to be the right family, given the different county location? And, more important, where were they all in the 1870 census?

I decided the best thing to do, to insure that I had the right family, was to trace this family forward in time. The next step would be to find Mathew, Rose, Thomas and Ann Kelley in census records for 1870 and perhaps even for 1880. That would be helpful, since the 1860 census did not include any indication of relationships between members of a household. And if I’d be so fortunate as to find records of one of these Kelley family members passing in a year recent enough to include report of his or her parents’ names and origins, I might even break through the barrier hindering me from accessing the next generation.

But all that would have to wait for another day. After all, I had promised myself "just one more look."


Map, above, showing the townships of Warren County, Indiana; courtesy Wikipedia; in the public domain.
© Copyright 2011 – 2022 by Jacqi Stevens at 2:44:00 AM
Email ThisBlogThis!Share to TwitterShare to FacebookShare to Pinterest
Labels: Documentation, Kelly, Lafayette IN, Online Resources, Stevens