Trying This One Again

Who says you can't go back and repeat a goal from a previous year?

It may have been ambitious to lay out a year-long research plan last year, outlining my focal point for each of twelve months with one apiece of what I dubbed my "Twelve Most Wanted." True, I got caught up with some projects and they ended up stretching out longer than their allotted month in the research sunshine. But even though I decided to apply my "Twelve Most Wanted" project for a second year, that doesn't mean that I can't go back for a do-over.

The idea, both for 2020 and for 2021, was to devote three months apiece to the four family branches I've consistently researched for our family's history. I started with three months—one ancestor apiece for each of those months—dedicated to my mother's family tree. Then I turned to devote three months to my mother-in-law's tree. Following that, I kicked off the second half of the year with three months' work on my father-in-law's Irish roots. The wrap-up quarter tackled my own father's well-disguised ancestry. I needed the whole year to muster that running start for the final challenge.

I'll follow that same pattern for the new year, as you've perceptively noticed for the first three ancestors I've targeted for 2021—all connected to my mother. For today's selection—first of three for my mother-in-law—I want to go back and pick up on the task I laid out for myself last year, but never managed to address. Hopefully, next year's protocol will include better time management for research projects.

With that, I'll revisit that goal from 2020: to discover more about the parents of one of my mother-in-law's third great-grandparents, Mary Carroll. Although I already know Mary Carroll's father's name—Anthony Carroll—that is about all I have dug up from documentation concerning him and his wife. Besides, there may be some discrepancies regarding her mother's name. Thus, in the research slot for Ancestor Number Four for 2021, I'll be looking for Mr. and Mrs. Anthony Carroll, residents of Morgantown in what was then the colony of Virginia.

Don't think this will be an easy project. The time period involved stretches from about 1725 to the early 1800s—an era of history and a location for which records kept may have been sparse. If nothing else, this research project will give me a workout, as well as a refresher course for the training I received last year at the Salt Lake Institute of Genealogy on Virginia. Hopefully, the result this year for Ancestor Number Four will be more productive than the blank drawn in last year's sequence. 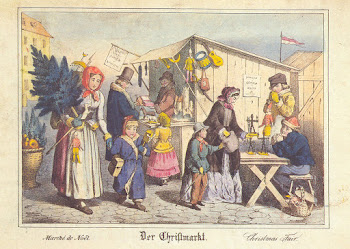 © Copyright 2011 – 2022 by Jacqi Stevens at 2:53:00 AM
Email ThisBlogThis!Share to TwitterShare to FacebookShare to Pinterest
Labels: Carroll, Goal Setting, Holidays and Genealogy