Ancestor #7:
The Luck of the Irish, Plus a Little DNA


That Irish family tree of my father-in-law has had me stumped, ever since I wrapped up all I could find on his line in time for our tour of Ireland a few years ago. Sadly, I've not conquered this fun-loving family line since that delightful visit. It's time to take up the tale again, now that I'm wrestling with those Twelve Most Wanted of my family's ancestors for this New Year.

The most likely option to succeed, in my father-in-law's lines, would be the Falvey line. After all, we already have made contact with three distant cousins from that line, thanks to DNA testing. The trick is discovering just how to make the connection between our branch of the Falveys and that of these distant cousins, who all live half a world away from us.

How helpful it would be, if some of the many documents lost over the decades had not disappeared. Our fellow researchers and I have been stumped about the nexus that joins together such a widespread family. While the DNA connection is reassuring, it would be so much more helpful to know the exact path between one cousin and the others. I keep hoping some missing record would be discovered, or magically show up where none was before.

Wishful thinking aside, it's a new year, and a new chance to tackle this problem. So, I add my father-in-law's great-grandmother from County Kerry, Johanna Falvey, to my list of the Twelve Most Wanted for 2020. The name of the man she married does not help my cause much—after all, John Kelly is one of the most common names from that region in Ireland—but at least I do have a report that mentioned she had at least one sibling who had moved from Ireland to New Zealand, just as she had left her homeland for America. Maybe this year, we'll be able to tie the two immigrant stories together. If so, it will be a happy New Year, indeed. 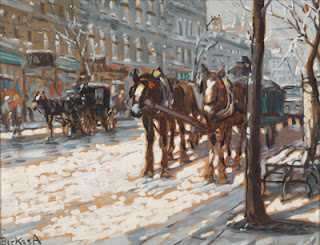