Ancestor #11:
With Not Even a Name


When seeking a missing ancestor, starting with even a name would be helpful. That, however is precisely what I am lacking when I try to follow the trail to my paternal grandfather's roots. I may have discovered my grandfather's mother's side of the family—thanks, mostly to several DNA matches which popped up late last summer—but I have very little to go by when researching that patriline. This, remember, is the surname of the man who kept tight-lipped about his own ancestry.

Clues yielded by DNA matches hint about the possibility of what his future wife's maiden name might have been. Going by that, as well as other records, yields several possible names. One, found through various census entries after my grandfather's arrival in New York City, was Puhalski—or, depending on who did the transcription from sounds to phonics, Puchalski. Another entry—possibly a poor specimen—was something like Puhalaski. But the farthest-reaching variation—and yet, likely the closest one to the truth—was a Polish record showing my grandfather's dad by the name Thomas Puchała.

How far I'm willing to be caught up in a net which seems to stretch reality at each point in question, I don't know. Already, this Thomas Puchała involves being willing to accept that Anna Zegar in New York City could be the same woman as Thomas' wife, Anastasia Zegarska in Pomerania. Or even that Puchalski in New York evolved from Puchała in Poland.

But then, there's that DNA connection.

If I decided, yesterday, to make Anna Zegar my tenth ancestor of those Twelve Most Wanted, why not follow suit and list her husband—whoever he was—as my eleventh candidate? And that's exactly what I'll do. Thomas—or whoever he was—will hopefully yield up some of his secrets to me by the end of 2020. 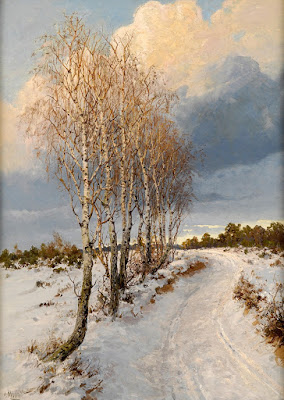