The Twelve Most Wanted:
Ancestor #2


For my second of the Twelve Most Wanted ancestors, my research sights are zeroed in on another maternal line with which I've struggled often during this past year. However, in a nod to the upcoming year of 2020 serving as the centennial of women's right to vote in the United States, rather than focus on my fourth great-grandfather Aaron Broyles, I'd like to zoom in on his wife.

Not Nancy Davis, as those hints in two different genealogy companies assert, but a woman by the name of Frances Reed was the wife of my Aaron Broyles from Anderson County, South Carolina. And that is all I know about her, other than the dates on her barely-legible headstone.

There is one tantalizing connection I did notice, in reading about the extended Broyles and Reed families, though. Remembering A Faithful Heart, the annotated transcription of Emmala Reed's diary from her Civil War years, I know that her father, Judge Reed, was somehow described as an illegitimate son—interestingly—of one of the Broyles men. What his actual connection was with the name Reed, and how that Reed related to Frances Reed, Aaron Broyles' wife, I don't know. But I want to try my hand at figuring that out.

Some of the answers may be dredged up by reviewing A Faithful Heart and all the commentary provided by the diary's editor, Robert T. Oliver, but there are still some assertions which did not appear to link to supporting documentation. Possibly, in some delicate matters, documentation is not to be had, but it would be helpful to see support for the editor's Broyles-Reed paternity contention. These all are—or may be—names which fit handily into my own family tree. My own missing link is the information connecting Aaron Broyles' wife with the rest of the Reed family in Anderson County.

Thus, the second Most Wanted ancestor on my list for 2020 will be Aaron Broyles' wife, Frances Reed. That, along with yesterday's nomination of William Alexander Boothe, represents two out of three potential ancestors to focus on from my mother's family tree. Tomorrow, we'll take a look at my third nomination from her tree, before moving on to my mother-in-law's tree. 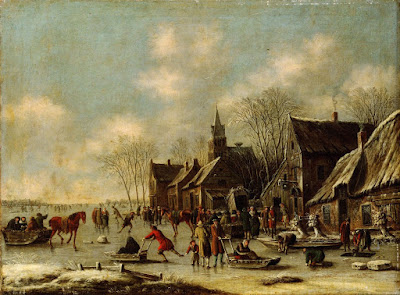 
© Copyright 2011 – 2022 by Jacqi Stevens at 2:53:00 AM
Email ThisBlogThis!Share to TwitterShare to FacebookShare to Pinterest
Labels: Broyles, Reed, South Carolina