Ancestor #4:
A Situation of Two Simons


In this quest to identify my Twelve Most Wanted ancestors to research in the upcoming year, I've limited myself to three candidates for each of the four family trees I'm building. In the past three days, I've outlined my research challenges for my mother's ancestry. Now I'd like to move on to the first of three ancestors on my mother-in-law's line. Prime among those candidates is the murky line of someone named Simon Rinehart.

...or make that two people with the name Simon Rinehart. The two men I've encountered with that same name definitely represent two different individuals in my mother-in-law's tree. From what little I know about them, the elder was probably born in Germany in 1750, while the younger arrived around 1774 in Pennsylvania. It could be quite possible that the elder was father to the younger, as the German Simon settled in Washington County, Pennsylvania, while the younger Simon—whom I first pick up on the paper trail in Kentucky—eventually returned east and settled in a place called Greene County, Pennsylvania.

Of course, for those who know their local history, Greene County was carved out of Washington County just about the time the younger Simon left Pennsylvania for Kentucky. By the early 1800s, the place was still sparsely populated, having less than nine thousand inhabitants, making it all the more possible that my mother-in-law's many Gordon and Rinehart ancestors could have been related in more ways than one.

Assuming such connections, however, is not the intent of genealogical pursuit. Of course, I have to find documentation to support these hunches—and even more documentation to untangle the several folks who ended up with the same names among all those distant cousins.

The Simon Rinehart who first prompted this search represented such an example. A third great-grandfather to my mother-in-law, this Simon, the one leaving Pennsylvania for a brief stay in Kentucky, had a daughter—Sarah, born in Kentucky in 1795—who ended up marrying a Gordon. Though this family returned to Greene County, Pennsylvania, they eventually removed to Perry County, Ohio, by the early 1830s.

The other Simon Rinehart—the one born in Germany but traveling to America with his two brothers—was father of a daughter named Nancy, who married a different Gordon descendant by the name of John. This Simon would have been old enough to have a son in 1774, but it is difficult to follow his line. He apparently served in the Revolutionary War—though his entry at the DAR website spells his surname as Reinhard, reminding me to keep my eyes open for many spelling variations—and may have died either during or just after his service. The date of his demise is not clear, though, as the DAR entry indicates his death might have been as late as "ante" 1787, while the Samuel P. Bates History of Greene County, Pennsylvania offers a story of his death in April 1779 at the hands of Native Americans in Washington County.

My task will be two-fold: to further identify the younger Simon Rinehart, father of the Kentucky-born Sarah who married James Gordon; and to determine Simon's parentage, likely back in Washington or Greene County, Pennsylvania. In the process, I suspect I'll get a closer look at those three proverbial Rinehart brothers who came to settle in the western frontier of Pennsylvania from Germany. 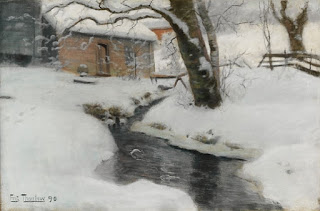