Stopping to Reassess the Situation

Sometimes, the pursuit of family history seems like a riddle wrapped in a mystery inside an enigma. But—as Winston Churchill famously posited in his 1939 radio broadcast analyzing Russian foreign policy—perhaps there is a key.

The trouble with my research style, when brought face to face with an impenetrable brick wall, is that I take a nested approach. I searched for details on Anna Kraus, when seeking vital statistics on her daughter Rose, only because I was stuck on the true identity of her supposed brother, my paternal grandfather. Was the man really Theodore Puhalski? Or John T. McCann?

To be stymied by the lack of any death record for Anna Kraus, whom we already learned had killed herself on September 28, 1921, is not what is preventing us from attaining the main point.

To lose the trail, when seeking her daughter Rose’s death record, is not even the impediment keeping us from reaching our goal.

The main reason each of these paths was tested was to see what corollary details could be unearthed about Rose’s supposed brother, John T. McCann. Was he really the man who used to be known as Theodore Puhalski? Or was he who he said he was: an American citizen, born to an American father and German-American mother Anna Kraus in Brooklyn on August 7, 1876?

Having had no success pursuing those sidelines, there is nothing left to do but regroup and re-focus on the main goal: finding more about my paternal grandfather, whoever he was.

I cannot explain why I am so certain about my hunch that Theodore and John are one and the same person. I have no documentation, whatsoever. There are not even any family stories—as highly suspect as family lore may be. But my next goal needs to be finding a way to answer that question.

So, I return to muddle over that original quandary. Why did John T. McCann surface with Theodore J. Puhalski’s wife and children in the 1915 New York State census? Why did they move from the Brooklyn neighborhood where his wife’s family had lived, ever since their immigration?

When I originally had puzzled over these questions, I had wondered whether there might even have been some illicit aspect to that incognito approach. Was Theodore afraid someone was after him? Had he committed a crime? Or offended some powerful member of a century-old street gang?

Recently, I’ve changed my approach. Of course, I’ve already searched for the erstwhile Theodore Puhalski to see if he had surfaced anywhere else. After all, it is possible that Theodore and John were two entirely different people.

However, finding anyone with the surname Puhalski—or its alternate form, Puchalski—was a challenge. Theodore seemed to have vanished at the same time as John T. McCann suddenly appeared. And we all know how hopeless it would be to find and reconstruct the timeline for the right Irish-American resident named John McCann. 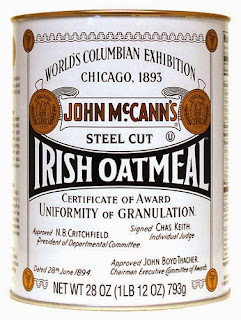 The next question looming in my mind asked, “Was there anything about the date at which the second man appeared that has significance?”

© Copyright 2011 – 2022 by Jacqi Stevens at 2:51:00 AM
Email ThisBlogThis!Share to TwitterShare to FacebookShare to Pinterest
Labels: Krauss, McCann, Puchalski/Puhalski