It’s funny how, when being absent from a place for a while, the return trip makes one sensitized to all the minute changes that occurred during that absence. I know that’s the disoriented feeling that descended upon me when I returned to my childhood home, many years after graduating college. Hey, there were roads that no longer went in the same direction as they used to go!

It’s the same, I’m discovering, now that I’m returning to research our Tully ancestors as they passed through Canada, over one hundred years ago. After all, if I’m planning on widening my DNA “net” to catch more Tully cousins, I need to consider that Canada, for many of them, either became home permanently, or became the home they returned to, after their foray into the territories of the western United States.

A little review of the Irish Tully immigrants may be in order here. Originating—at least as far back as I can determine in church records—in the tiny village of Ballina in northern County Tipperary, Ireland, this family chose to leave their homeland and head for the New World.

The time of the Tully emigration likely coincided with the Irish famine, though I have yet to find any telltale passenger records. Unlike many leaving Ireland for good, the Tully family didn’t head to New York or Boston, those most Irish of American cities. They apparently opted for the more northern route through Canada. Whether they intended to settle there or simply pass through to an interior American port like Chicago or Detroit, I can’t say. But I do know their first recorded stopping place was Paris in Brant County, Ontario.

From there, the children of Denis and Margaret Flannery Tully mostly moved on, once they were old enough to live on their own. Oldest daughter Johanna married a Ryan and headed west, through Winnipeg to the hard life on the American frontier of Dakota Territory. Son Michael—at least, presumptive son—first took his young family to the closer American destination of Detroit, Michigan. John, our direct ancestor, headed for Chicago, as did his brothers Patrick and William. Their sister Margaret, born in 1844 in Ireland and showing on Canada West census records up to 1861, is the only one of the family I have not been able to track, likely owing either to a premature death or yet-to-be-uncovered marriage.

Following the generations from this original immigrant family becomes challenging. I’ve been able, for instance, to track the company of Ryan immigrants moving from Winnipeg to what eventually became Grafton in Walsh County, North Dakota—and then realize that something tragic must have befallen the extended family there, for many of those who survived chose to return to Canada.

It’s been quite a while since I tried my research wings over the western plains and mountains of Canada. A lot has changed since then. The felicitous aspect of all this change is the fact that more digitized records are now available to help me figure out what became of every branch of this family. As I progress and add surnames like Dunn and Guinan and Wilkie and Thomson to my list of DNA connections, I get enthused over the increase of potential matches.

At the same time, I realize how woefully inadequate the holdings at Ancestry.com are for researching our Canadian cousins. And I recall all the Canada-specific websites I had discovered, the last time I had wandered in this direction. It’s time to pull out those old lists of Canadian resources, brush them off, and pay those sites a visit. It would be nice to find some third and fourth cousins north of the border. I know they’re out there. 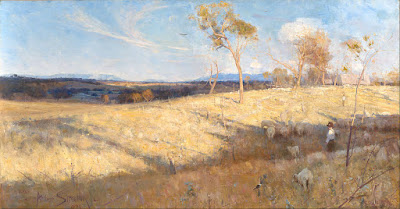