A Snapshot in Time 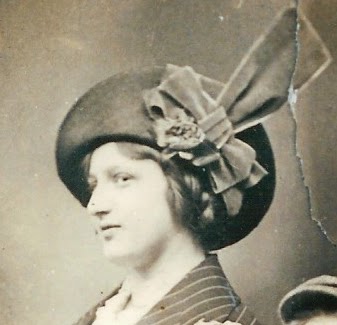 Piecing together the story of a person’s life—especially when that person lived over one hundred years ago—can be challenging. But not impossible. At our fingertips, we now have multiplied digitized records and access to online archives which once would have taken eons to mine. Search capabilities have both streamlined and sped up the process of genealogical research.

Not that there aren’t any more brick walls. I assure you: those bemoaned impediments to research progress are still very much a part of the family historian’s obstacle course.

In my case, for the past few years, I’ve been stymied by lack of any credible information on the identity and parentage of my paternal grandfather. When I stumbled upon the possibility that this man had a sister—an identifiable sister, complete with name and address—I sprung for the chance to learn everything I could about her. The hope, of course, was that those things I could learn about her, I would also learn about her brother, my grandfather.

That information was not immediately forthcoming, though. When I first received the name, Rose Kober, I was able to find a few items of interest—a couple census records, a marriage record, a smattering of newspaper mentions. Nothing earthshaking.

But when I picked up the trail again, this past month, the results illustrated for me the moving target that online genealogical research actually is: for now, more than ever before, we have access to so many more documents. The way Rose Kober was presented—a snapshot in time, captured during my searches in the 1990s, for instance—is not how I find her, searching once again, today.

It is much the same as if I were looking at an actual photograph of her from her own lifetime. Captured on the one picture I have of the woman, I see a face both fun and fashionable—wanting to be admired for status or position, but also wishing to be loved as someone whose presence is enjoyable.

But just as I see her in this photograph—which, guessing by my father’s appearance in the group composition, would place it within a date range of 1912 to 1915—I know she would not always appear quite as playful. Life has its ups and downs—and Rose’s, apparently, did not escape that dynamic.

Returning, years later, to see what else could be discovered about the woman and her life’s story demonstrated to me the value of returning to our past research trails to uncover additional records we may have missed on the first pass. In Rose’s case, the fanciful pose struck in the early 1900s—and the life that may have gone with it—was not the position I’d find her in as I followed her through the next few decades. 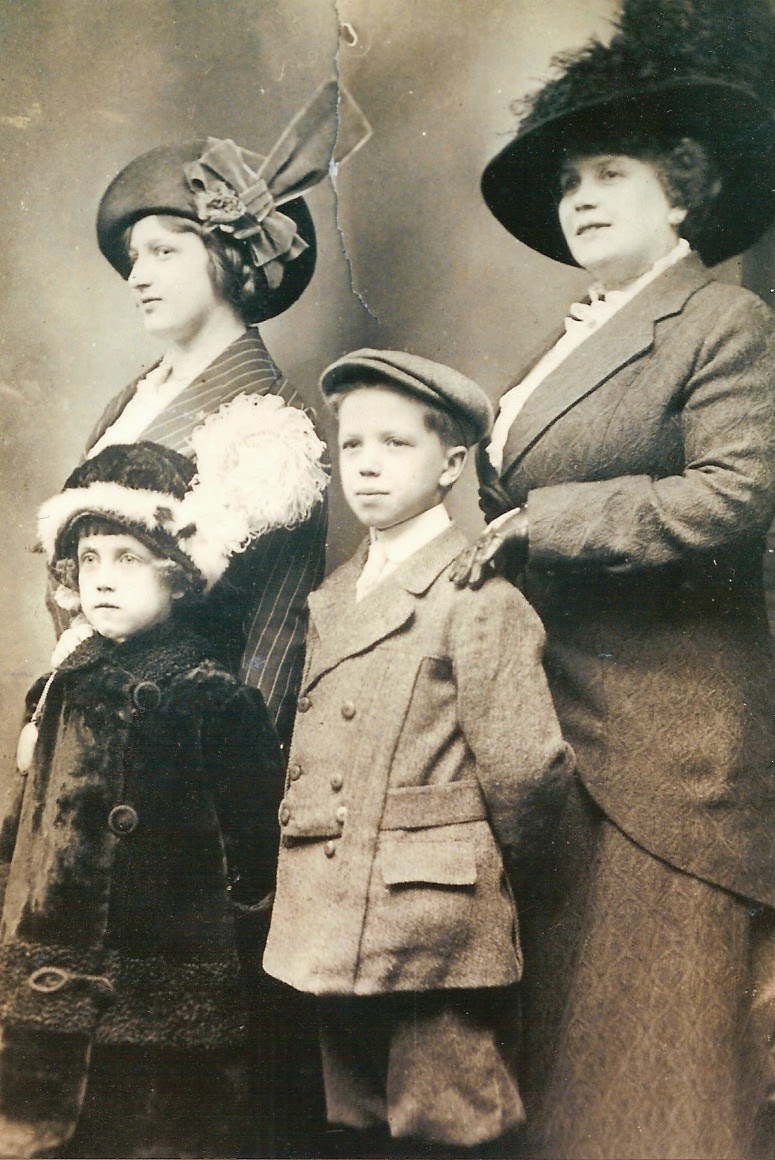 Above: Photograph of "Aunt Rose" (top left), Sophie Laskowska McCann (top right) and Sophie's children (left to right), Anna Mae and Valentine. The photograph was likely taken before Rose married George Kober; at that time, her name was possibly Rose Miller.
© Copyright 2011 – 2022 by Jacqi Stevens at 2:49:00 AM
Email ThisBlogThis!Share to TwitterShare to FacebookShare to Pinterest
Labels: Kober, McCann