There is something about California which has lured Americans from all parts of the nation—especially those snowy northern reaches of the country—to settle amidst the palm trees and golden opportunities, especially in the southern portion of the state. That was at least how life turned out for my mother-in-law's parents, escaping from Wisconsin to forge a new life in a sunnier realm.

Marilyn Sowle was once the possessor of the photograph collection which, unbeknownst to me, ended up in an antique shop here in my own town after her passing. Now that I've rescued a significant percentage of that collection, I realize there are several photos which might be worth returning to the descendants of distant family members I've never met. In the process of researching these connections, I'll be taking this week to share what I've found. But first things first: we need to properly introduce Marilyn and her family who once lived far from California in La Crosse and Onalaska, Wisconsin.

It was in the midst of a Wisconsin winter when Marilyn was born in 1928 to parents David and Olive Brague Sowle. Two years later, the 1930 census tells us that Marilyn's father was working as a shipping clerk for a La Crosse department store, while her mother had taken a position working at a nearby laundry service. 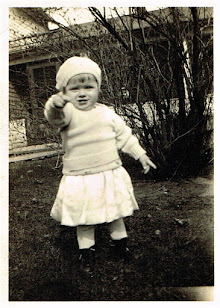 That scenario did not last for long—perhaps Marilyn's parents were doubling up on work duties in preparation for their move to California. Though I can't pinpoint the date when they left Wisconsin, the 1940 census indicated the Sowle family had made it to the Los Angeles area by at least 1935. By then, the enterprising David was working his way up in management at a canning company, and the family was living in the then-sleepy town of Anaheim.

Even in 1940, the family unit remained just the three of them: David, Olive, and Marilyn. My mother-in-law recalls that her mother, the eldest of nine children who had been expected to "help" with her younger siblings, recoiled at the thought of having a large family of her own. Yet perhaps there were other dynamics at play, even after the couple removed themselves far from the rest of their extended family.

It's that family they left behind which have become the faces peopling the photographs I never had a chance to see—until now. It is likely these were pictures handed to Marilyn after her parents' passing. As the dates recede backwards in time, Marilyn's own steady handwriting became replaced by labels in a hand I don't recognize. And that is where this research adventure will begin. 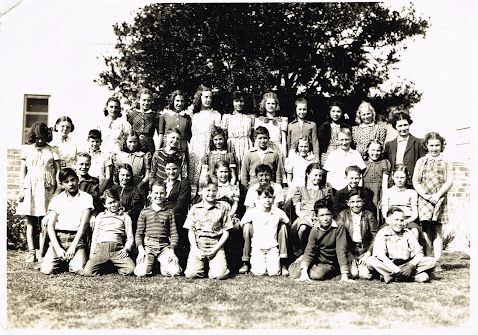 Photos: Above, a picture labeled "Marilyn Beverly Sowle 1929" from her first year in Wisconsin; below, a class photo labeled "6th Grade Benjamin Franklin, Miss Zorn, Anaheim, Cal."—a school still in operation in Anaheim, California. Marilyn is standing in the back row, sixth from the left.