I guess the next worst thing to inheriting a collection of family pictures with no labels is to receive labels but no context. Marilyn's Aunt Jo was one of those relatives.

From the collection of family photographs I rescued from a local antique shop—thanks to a tip from a local genealogy-loving student—I had no problem at all spotting the photos of Aunt Jo. When I ran across the label on the first picture, I remembered instantly who Aunt Jo was. I recalled Marilyn sharing family stories which featured Aunt Jo favorably—although I can't exactly remember what the stories were about, or how Aunt Jo figured into Marilyn's family constellation. But she was there, undoubtedly there. 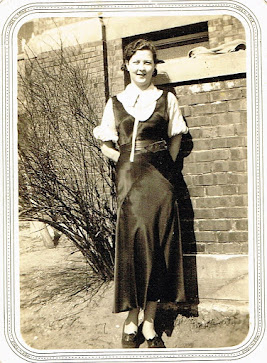 Now that the rescued photographs provided the prompt, I tried to see what I could find on Aunt Jo. I learned, for one, that "Aunt" was not just a title of respect bestowed upon a parent's friend, but a true blood relative of Marilyn's father, David Moore Sowle. Aunt Jo, David's sister, was born Josephine Lucille Sowle in Onalaska, Wisconsin, on June 22, 1913, five years after her brother's arrival in the household.

Aunt Jo likely moved to California with her parents, Joseph Leslie and Dora Moore Sowle, a break from the rest of the extended family, who had been in the La Crosse county area for generations. Living in California in the same household as Joe and Dora at the time of the 1940 census, Josephine was listed under her maiden name, but the record indicated she had been divorced. In California? Or Wisconsin? I couldn't find any record of that. 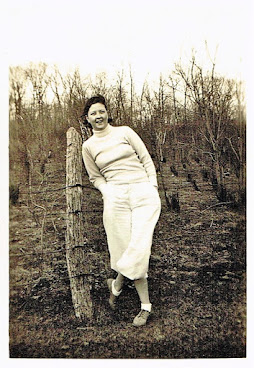 A year later, a twice-divorced man from Illinois by the name of Elza Glenn Smith enlisted in the army and was stationed at Los Angeles harbor. A year after that, he and Aunt Jo were married in a ceremony at Fort MacArthur.

Beside just one more detail, that is all I could learn about Marilyn's Aunt Jo from some online sleuthing. Other than the fun pictures I spotted in that rescued collection from the antique store, each one carefully labeled in Marilyn's hand with only the words, "Aunt Jo," all that was left were the memories kept by the niece she must have doted on. With no children of her own to keep her memory alive, Josephine Lucille Sowle Smith died in Los Angeles in 1957, still in her early forties. 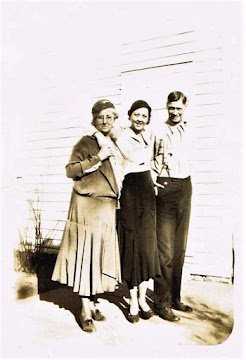 Photographs: The above two pictures were labeled by Marilyn simply as "Aunt Jo" but the last one had the year, 1934, and the explanation, "Aunt Jo, Gram + Gramp," likely Marilyn's grandparents Joe and Dora Sowle.