It may be that I'm simply not ready to give up yet on a hopeless quest.

It may have sounded discouraging—to you, at least, if not to me, as well—in reading my post the other day about my unsuccessful attempts to locate any records confirming whatever became of the missing Margaret Tully.

Margaret, if you remember, was last seen in the tiny town of Paris, Ontario, at the time of the 1861 census. She was single and living in the home of her parents. Well, amend that: only her dad, Denis, was still there. Her mother—another Margaret—had already disappeared from view. Inexplicably. I presume she's dead.

The younger Margaret, however, had no such excuse. She was only eighteen. Barring flu—and, after my personal bout with that ailment this week, I can understand how it would tend to make people disappear—there should have been no reason for her not to be there. At home. With the rest of her siblings. Making life much easier for this researcher.

But no. Margaret must have had other ideas. Perhaps it was marriage that spirited her away from the Tully home, as I can find no evidence of her being buried with her fellow good Catholics at the church cemetery. Marriage records, however, present their own set of problems, as I've already noted as well.

I can't stop myself, though. I had to keep at it. And why not? Remembering the advice I give to my beginning genealogy students, I decided to wander through the Internet to check out what offerings there might be of a broader, historical perspective. If I can't find Margaret, perhaps at least I can educate myself about the setting the Irish-immigrant Tully family chose as their home between 1850 and 1870.

I started out by googling the phrase, "History of Paris, Ontario" and followed it up with a similar entry for "County of Brant." Right away, I was pointed to the website of The Paris Museum and Historical Society. I assure you, if we weren't on the verge of winter temperatures, realizing that they hold a local archival collection that would be of great interest to me would have made me want to hop on a plane and head to Canada immediately.

Instead, discovering that The Paris Museum and Historical Society hosts a Facebook page only meant I lost a few hours flipping through the many photos posted on their site there. Of course, not all pre-dated the 1900s, but there were enough of the earlier pictures to give me an idea of what the place might have looked like, back when Margaret was a teenager coming of age in Paris.

My foray onto Google also led me to some local history books. Of course, it would be unlikely that our humble farmers, the Tully family, would be included in the litany of the town's who's who. But books such as these are helpful to give a sense of what life was like for our ancestors. Two volumes of At the Forks of the Grand have been published—the first one originally issued in 1956, followed in 1982 with its sequel—and cover the history of Paris from 1793 through the late 1930s.

While of course these volumes are too recent to be included in public domain digitized book collections such as those at Hathi Trust or Internet Archive, I did find a link on their library's website to some photos of that era. At least, that gives a sense of the ambience of the time.

Likewise, googling "History of Brant County" yielded another book of interest—though again lacking any entries for our direct Tully family in their biographical sketches. Thanks to Google Books, I could access the 1883 volume, The History of the County of Brant, Ontario and scroll through its biographical entries. Still, no word on the Tully family.

Continuing on my worldwide web tour, it just so happened that I stumbled upon an old GenWeb entry for Brant County, Ontario, which happened to include a transcription of that very volume I had just located on Google Books.

In addition, on that same site, I happened to find a collection dubbed "The Ontario Vital Statistics Project." Remember my discovery of the marriage listings on Rootsweb the other day? Well, this is the rest of the collection. Handily, it contained not only marriage listings, but also death records—all, mind you, transcribed by volunteers. If a name wasn't included in the listing, it might simply be because no volunteer had transcribed and posted it. Although there were a few Tullys among the decedents on that list, our Tully family members, unfortunately, were not among those listed. Lack of volunteers? Or sign of no Tullys buried in Paris?

Back at the Brantford library, I discovered a Birth, Marriage, Death Search Index and decided to take it for a spin. You can imagine the predictable result: none of our Tully family showed up.

Perhaps that might be a signal for some to lay aside this search quest and await a better day for digitized results. I'm not sure I'm ready to do that—yet. For one thing, this second foray into the world of Search added some helpful resources to my list of finding aids—and, hopefully, someone else needing to research this same locale will read this entry and find the listings useful, too. Another point is that it gives me a broader perspective of the history and culture of the place our family once called home. Any family history project needs that type of perspective; a mere litany of names and dates is compelling to almost no one.

But it may have provided me a nudge in a different direction, as well. Granted, there are holes in the available documentation in that region for that time period, so this isn't conclusive, but there may be a good possibility that Margaret either moved with the rest of her family when they left Canada for more promising futures in the cities of the northern United States, or that she married someone before the rest of the family left, and settled in a part of Canada just outside the realm of Paris and Brant County.

Maybe, some day we'll know, for sure. 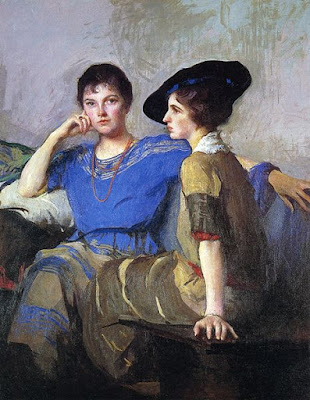