Who Are All These People?


No sooner had I caught up with the new announcement of changes at Family Tree DNA, when I slipped back to peek at what's been happening with my results at the post-changed Ancestry DNA. Honestly, despite all these promises of closer, more accurate matches, I'm still swamped with so many results which don't seem to connect to anyone in my family. Sometimes, I look at those thousand-plus "matches," scratch my head and moan, "Who are these people, anyhow?!"

Take Ancestry DNA's handy "New Ancestor Discoveries" feature, first introduced a little over a year ago. As forewarned promised, the names on my list of New Ancestor Discoveries changed, once Ancestry instituted their most recent of changes this year. None of these lines were from recognizable surnames—and when you consider my tree includes well over seven thousand ancestors and their relatives, that's something to be concerned about. One would think at least some of those names would ring a bell.

I try to make those connections work. Really, I do. But it seems I'm just spinning my wheels in the effort. No traction gained.

Take "New Ancestor Discoveries" candidate, Samuel Rowland Collier. That sounded like a fine and promising name to match. I do have some Colliers in my family tree—alas, each one of them married into my line, and not a one of them representing a connection with which we could share common descent.

However, I'm game to explore the possibilities, so I clicked through to see who, among those sharing DNA among my fellow New Ancestor Discoveries circle members, might show me a tree branch with just the right match. In one Collier family tree included in this readout, the only other surname showing was that of the Wade family. It so happens I have some Wade ancestors married into a distant branch of my maternal tree. But try as I might, I couldn't contort enough to fit that tree's Wade ancestor into the Wade branch of my own tree.

Experiences like these—contorting to try and make the match work—reminds me of a term given to this very experience by a genetic genealogy blogger I follow. Right after Ancestry first rolled out their beta program last year, Roberta Estes, writer of the blog, DNAeXplained, dubbed them "Bad NADs"—NADs, of course, being Ancestry's New Ancestor Discoveries.

Roberta went on, about a year ago, to describe one of the "new ancestors" Ancestry was trying to gift her with. In a follow up post about a week later, she continued her complaint with a catalog of "A Dozen Ancestors That Aren't—aka Bad NADs."

Of course, I read those posts when they first came out, so I consider myself forewarned. But the message apparently never took root for me, for I'm still conscientiously attempting to make these Bad NADs work, at least in my own tree. And by "conscientiously," I mean concluding that I must be needing more education to learn how to make the science fit into my tree. The more I learn, though—at seminars, workshops, DNA conferences, even a week-long intensive program at SLIG—the more frustrated I become at not being able to make these connections work.

Perhaps the key is to understand that sometimes, we need to cut our losses. Call them Bad NADs or whatever misaligned connection moniker you prefer, and walk away from that toxic family tree concoction. There may be solid DNA behind that connection, but it isn't what the majority of those paper trails in the circle are claiming. Maybe those grumpy genealogy researchers who were always complaining about the mistakes in online trees have yet another reason why their point is valid.

Still, you think I would have gotten it well before the eve of yet another DNA conference trip. Call me a slow learner. Or perhaps I just need to go back and do some basic review work. After all, in Ancestry's own rebuttal following the uproar, last year, over the introduction of their beta program, they emphasized,


We’ll show you a New Ancestor Discovery if you share significant amounts of DNA with multiple members of a DNA Circle.


Perhaps the fault is not with Ancestry's beta program. Nor with the science behind DNA testing. Perhaps the match is there all along—those "significant amounts of DNA with multiple members." Maybe the real problem is with the trees of all those members. Who knows? Perhaps those trees were all cut-and-paste creations glomming on to just one sloppy researcher's errors, perpetuated across the genea-universe in like manner by other cut-and-paste enthusiasts in this brave new genealogical world. We may, indeed, all be related—we "NADs," who may not be bad, after all—but just can't see the forest of our joint relationships on account of all the mis-labeled family trees. 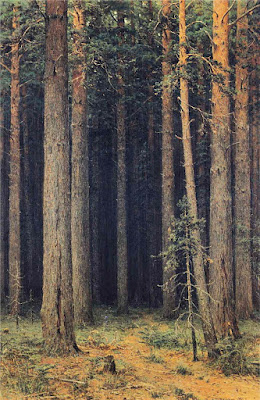